There’s an ocean of oil under Canada’s feet. The country’s Department of Natural Resources declares there are more than 840,000 kilometers of pipeline devoted to transmitting, gathering and distributing oil and natural gas throughout the nation — including 117,000 km in large-diameter transmission lines buried beneath the ground of populated and remote areas. Among these areas is British Columbia, a west coast Canadian province where a 1,000 km expansion of the Trans Mountain pipeline will commence following the government’s purchase earlier last week.

The Intercept reports the Canadian government’s decision to nationalize the pipeline from energy giant Kinder Morgan was proposed on May 29th, the Trudeau administration presenting citizens with a unilateral decision that, for the low price of $4.5 billion in Canadian tax dollars (around $3.5 billion in USD), the government would be tripling the pipeline’s capacity to 890,000 barrels of tar sands and diluted bitumen flowing daily from Alberta to Vancouver and the surrounding American areas all the way through British Columbia. The catch is that Prime Minister Trudeau, the self-hailed progressive environmentalist, is now alienating indigenous populations, the caravan crew known as the “Tiny House Warriors,” who’ll be enduring the project’s potential hazards throughout their lands.

According to sources for The Ottawa Citizen, Trudeau’s own youth council is now in a state of division, urging the Liberal government to reverse the decision before construction is scheduled to begin in early August. In their letter to the prime minister, securing the signatures of 16 past and present members of the council, they expressed “immense disappointment” with the decision to use government funds to infringe on land they credit to the local Tsleil-Waututh Nation citizens. “The decision to buy the Trans Mountain pipeline project calls into question your commitment to young Canadians,” the letter reads, adding the populace young and old will be “disproportionately affected” by the pipeline’s effect on the environment. 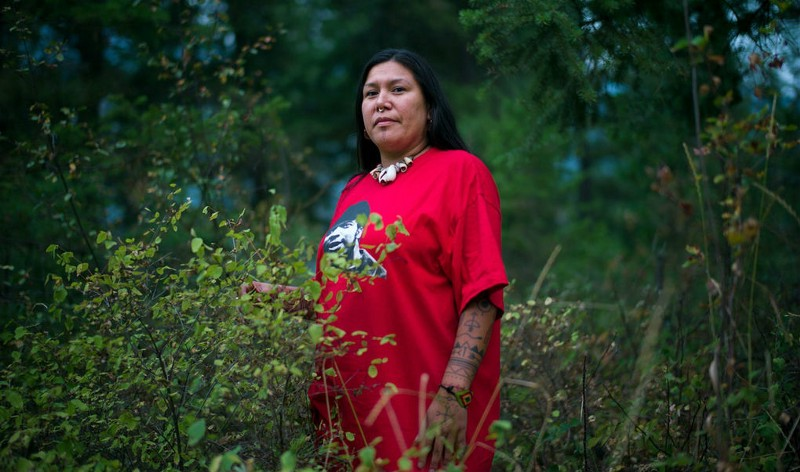 Their plan? Speaking to local left-wing activist Kanahus Manuel, she revealed to The Intercept that the Tiny House Warriors are set to organize more mass protests like they did on July 3rd — having seven pipeline opponents rappelled from Vancouver’s Ironworkers Memorial Bridge in a daylong blockade of tanker traffic associated with the pipeline’s construction. This is important since tripling the pipeline’s load will result in more tankers crossing the water, increasing the likelihood of a spill. Now the indigenous activists plan to wheel 10 of the community’s own mobile houses in front of the pipeline expansion’s path in order to resist the government-corporate infringement on their native property rights and environmental grounds.

Following Manuel’s arrest last Saturday, reportedly singled out by the Royal Canadian Police for a Facebook live stream filming the bridge event on the grounds of “criminal mischief,” Manuel told The Intercept this event could become “the Standing Rock of the north.”

There’s nothing the government and their law enforcement lackeys fear more than another Standing Rock scandal. Back in 2016, Native American activists from North and South Dakota were protesting the Obama administration’s inaction on the Dakota Access Pipeline (DAPL), an initiative from multiple petroleum partners — known for their prior construction failures — which would run a pipeline beneath one of the Standing Rock Indian Reservations’ water supplies. By April 2017, DAPL leaked roughly 84 gallons of crude oil at the company’s pump stations, according to authorities who spoke with CNN.

The police clarified the leak didn’t harm the indigenous groups’ water supply, granted, yet it gave credence to fears that corporate pipelines are still susceptible to hazardous accidents which corrupt the occupied environment. This would call into question the integrity of U.S. and Canadian police, echoing the censorship behavior of those cracking the heads of protestors down in the Dakota states. It would go down as Trudeau’s key environmental failure, against the very same progressive values he was elected to virtue signal on a daily basis, which similarly plagued Obama until the government halted DAPL in December 2016.

There are viewpoints expressed by both countries’ law enforcement communications and government reports reportedly obtained by The Intercept, which may have influenced the Trudeau administration’s decision to outright buy the project upon expansion approval. Washington’s current governor Jay Inslee wrote an editorial for The Seattle Times labeling the purchase “a major step backward,” calling on state police to undergo training on protest response if new activism crosses the United States border. Similar resistance is being made by Vancouver's mayor Gregor Robertson.

These documents from The Intercept reportedly show the sheriff’s office based in Whatcom County monitoring U.S. activists’ plans to travel to British Columbia, tipping off U.S. Customs and Border Protection, the Washington State Patrol, and the Washington State Fusion Center of potential escalation and a possible reason for surveillance of pipeline areas. 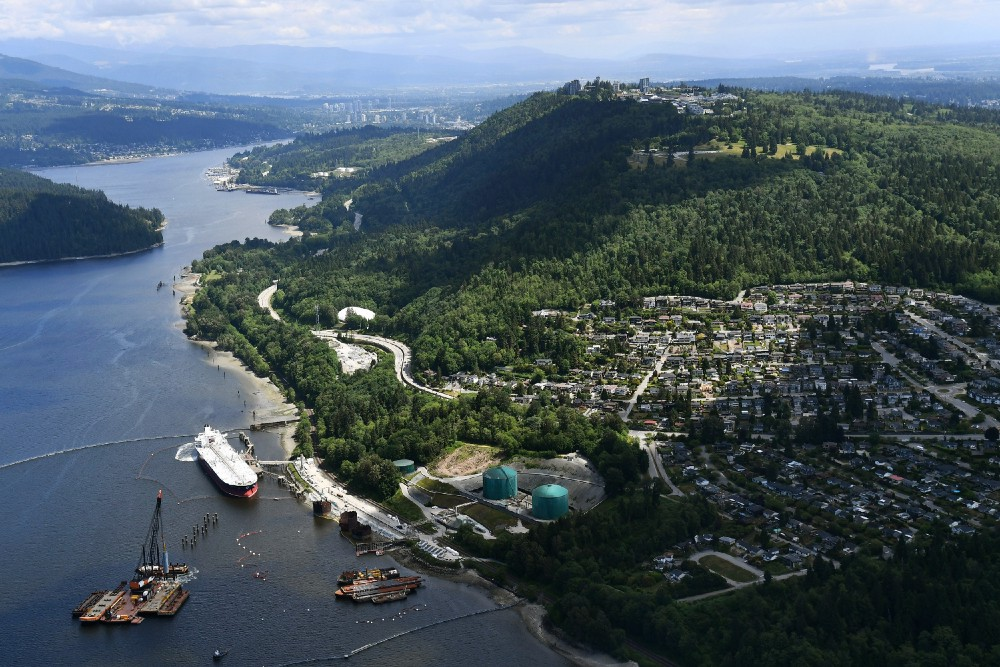 Trudeau’s government has a constitutional duty to not only take their citizens voices into account, but to minimize state infringement of these property rights if agreements of compensation weren’t decided by both parties. That’s why a 2017 lawsuit against Kinder Morgan from Squamish First Nation are still in court proceedings, plaintiffs arguing the government has failed to consult and compensate indigenous communities for their decision. They believe they’ll achieve a pipeline overturn similar to the Northern Gateway pipeline which was rescinded under Trudeau on the same grounds.

“We take it very seriously,” Manuel, also known for being a counter-protester, of DAPL, told journalists Alleen Brown and William Parrish. “We’ve seen so many of our people being wrongfully convicted, being thrown in jail, Indigenous land defenders being criminalized. Everything flows from the land. If the land is destroyed, we are also destroyed. And that’s why we’ll stand so fiercely in defense of this land.”