Political Winners And Losers Of 2017

In recent history, there hasn’t been a year, including election years, that has reaffirmed this statement of old so much. 2017 was just this time capsule of tumultuous uproar, with confusion and alternating facts on all sides — one could say “many sides,” in fact.

At TrigTent we, therefore, thought it would be a good idea to wrap up this confusing year by analyzing the victorious and defeated figures in the realm of politics, by focusing on the men and women of the office, who need to be held to account for their promises achieved, deceived or just flat out broken.

Be it the scandalous reality show that is The Trump era, the fractured revolution of progressivism, the establishment endorsed #Resistence or international affairs run amuck, we will critique the legislative records, the divisive electoral process, as well as perceived victories, that have helped even the clumsiest of men stay in power. 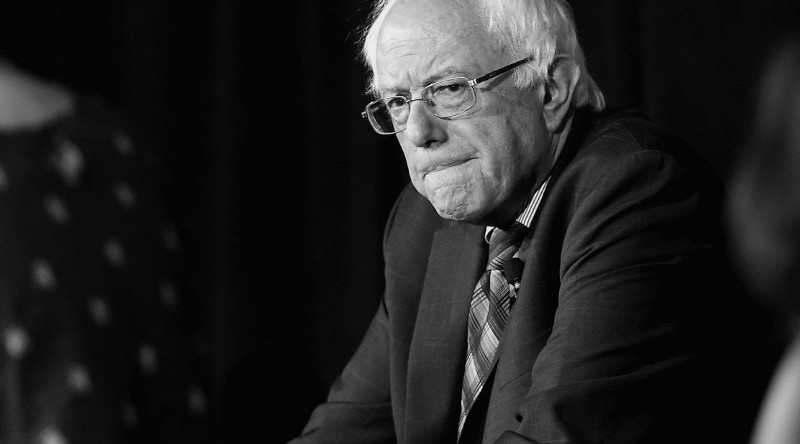 It’s quite rare for defeated presidential candidates, who were undeniably the fortuneless underdog compared to the political juggernauts of The Clintons, to somehow attain power and greater influence than their former rivals.

In 2015, after announcing his presidential bid to a humble crowd of 30 or so reporters and supporters on Capitol Hill, self-described “democratic-socialist” Sanders was up against the Democratic Party front-runner, former Secretary of State Hillary Clinton, a millionaire with household name recognition and celebrity status.

Skip to two years later, amid having been rigged out of a fair primary and then being blamed for Clinton’s own loss to President Donald J. Trump, this same small senator from Vermont managed to secure 21 key states in his long-shot bid for the presidency, entering 2017 with a 55% national approval rating and leaving with 79%, according to a Harvard-Harris poll. Giving the once-fringe candidate, for eleven months straight, the reigning title of being the most popular American politician in office.

This popularity among the American people, with his Medicare-for-All bill gaining wide endorsements from Democrats, gives Sanders a lot of leverage when we’re talking 2018 and a potential 2020 bid, which has Clinton-leaning Democratic operatives shaking in their boots.

“The Sanders wing is becoming the dominant wing of the party,” said Democratic strategist and pollster Brad Bannon, speaking to The Hill. “His people have never gone away and he has a loyal core following out there that will be with him come hell or high water.” 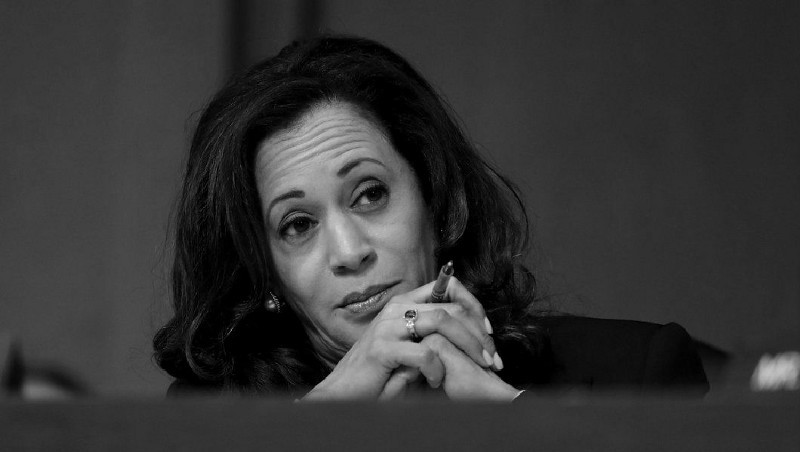 And come hell or high water, the Sanders left still must contend with another rising figure from 2017, California’s Senator and the new face of the third wave feminist movement, Kamala Harris.

Described by anonymous Democratic operatives as the “fresh blood” of the party, Harris will be the name to hear come election time since framing herself as the Clinton-leaning “speaking her mind” candidate. While her legislative history is scarce, endorsing Senator Sanders’ Medicare-For-All bill and declaring “failure” on the war on drugs, Harris’ success is more about perception, showcasing her talents for power politics among her feminist base, who are gearing her up to run, as well as the big money donors who are already lining up behind her.

“She is the real deal,” said one Democratic strategist following her Hampton's corporate fundraiser, hosted by Democratic donor and bundler Michael Kempner. “She’s smart and unapologetic. Her biggest problem is that she likens herself to being the female Barack Obama and she should really just be herself.”

With such an establishment backing, regardless of electoral poll results thus far, it’s this monetary support that could see an easy elevation for her among the Twitter scouring #TheResistence base. Harris gained viral national attention when she was twice shushed by Republican senators during Senate Intelligence Committee hearings, spawning an array of articles giving her intersectional feminist credence among the progressive left base. 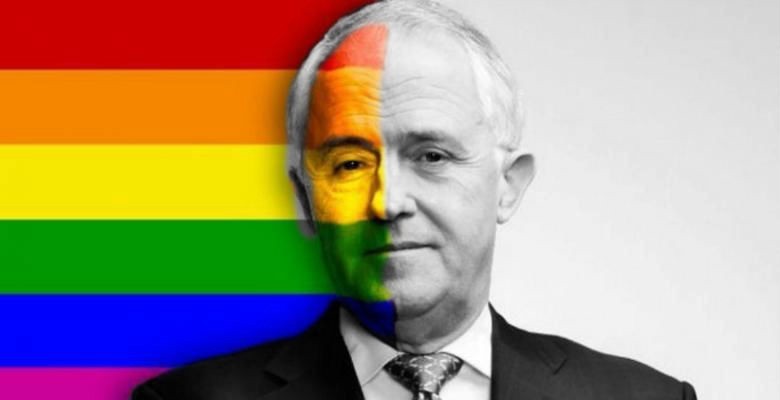 Unlike his British government counterpart, Australia’s conservative Prime Minister Malcolm Turnbull entered 2017 with his party ideologically fractured, the centrist being frequently criticized by his right-wing backbenchers, and ends the year with a victory on his hands.

Despite the squawking of his fellow party members, including former prime minister Tony Abbott on his right, Turnbull was able to secure overwhelming support for same-sex marriage and see it legalized before Christmas, as he promised in the 2016 election, his government reaching new heights and centrist agreement regarding energy policy and he now holds a 20 point lead over Labor Party opposition leader Bill Shorten. It’s quite a good government down under, indeed. 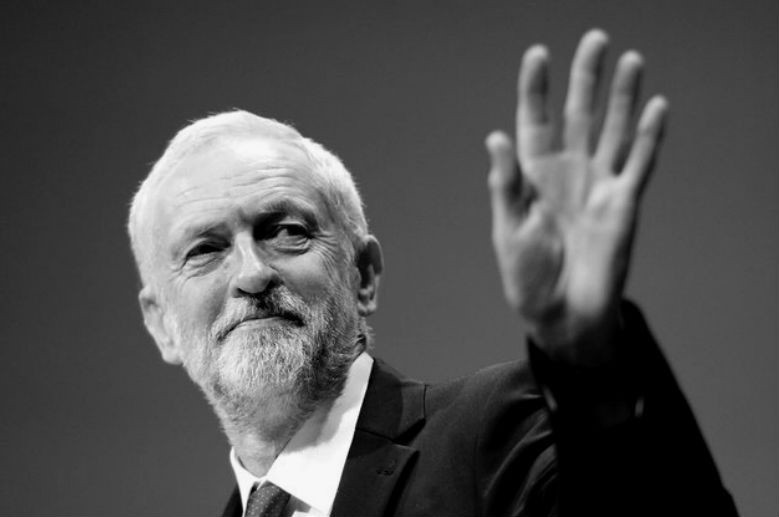 Winning the prize of “Almost Prime Minister,” Jeremy Corbyn is the perfect case for the soft victory of low expectations. Often compared to Sanders as this representative for the United Kingdom left, there’s a misconception that their rise to power is similar. Where one achieved a lasting popularity, seen as a welcomed long-shot people underestimated, Corbyn’s long-shot status had no such national love.

In May 2017, in the lead up to Prime Minister Theresa May’s snap election, The Independent found that only one in three people (33%) had any love towards Jeremy Corbyn, while over 60% had a moderate or strong dislike for the man compared to his Tory rivals. Corbyn, at the time, was positioned as the second least favorable candidate in all of Britain, just behind people in the polls who answered “I don’t know” and barely beating Tony Blair, the former Labour party prime minister who oversaw Britain’s war with Iraq. He was even meeting Donald Trump levels of unfavourability pre-election.

If this were the case on election day, Corbyn’s Labour party, against the juggernaut that was Theresa May, would have been what many described as “unelectable”… at least until he gave her “strong and stable” government a run for their money. While not an official victory, in that he still remains opposition leader against the Torys, Corbyn’s party was able to secure over 10 more seats than projected, breaking the Conservative’s party majority in Parliament, leaving his rival in an unstable electoral blunder having to form a coalition with smaller parties and paving the way for her insecurities on Brexit.

Still, it’s a victory for him nonetheless. 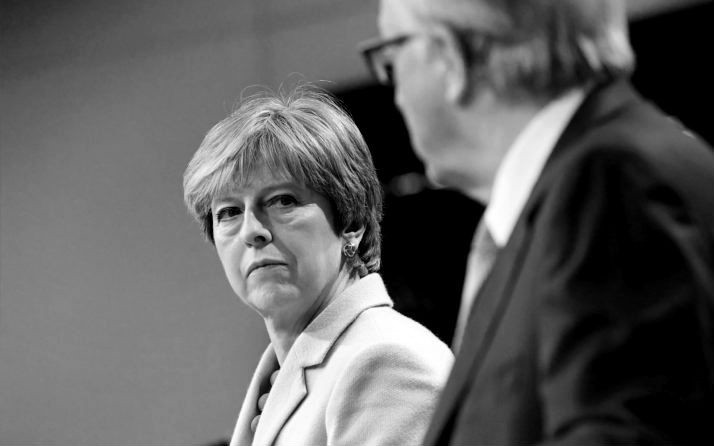 Oh dear, Theresa. You were doing so well. Now look what they’ve done to you.

Where to even begin? How can we even discuss May’s blunderous fight for the prime ministership without being cynical? I mean, it’s rare to see so much political capital, with her Tory Party once having a 30 point majority over Labour, only to have it pissed away on error after error. Legislatively, May introduced an unpopular platform of “strong and stable” government that would include the return of fox hunting, higher taxes on the elderly, no change in regards to economics or immigration, leaving her in a weaker position for Brexit negotiations and her conservative majority crushed.

For political survival, May now relies on her unreliable allies in the Democratic Unionist Party of Northern Ireland, which are proving to be disconnected from her status-quo politics and her moderate approach to the EU. She right mucked this up, the cynical Brit could say. 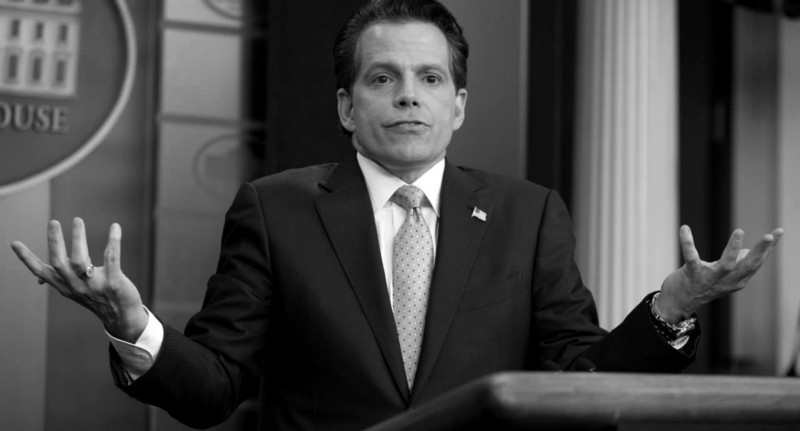 It’s better than television. Brought on as the communications director for the present Trump administration, the tale of Scaramucci is one of such short hilarity it had to be recognized for TrigTent’s list. Once a critic of Trump, describing the man as a “disrespecter of women” and a “clown,” the bombastic former businessman began his new White House career with a bang, ending his marriage in order to take on a job in The Trump Administration, signing his multi-million dollar hedge-fund off to a blind trust, only be let go from the administration in the span of seven days for swearing and allegedly taking too much attention away from the president himself. It’s a delightful tragedy. 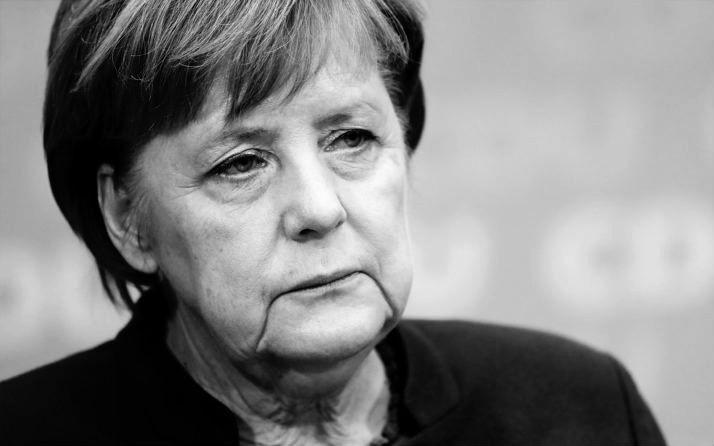 I’m sorry, Boston Globe, but Angel Merkel does not rule the global stage. Let alone the support of her own country. Perceived as the liberal alternative for Germany, the leader of the center-right Christian Democratic Union found little love during September’s national election. Holding her position as Chancellor, voters have since demanded she leave office, failing to form a grand coalition with the reluctant Social Democrats since her immigration failures over the past two years.

Donald J. Trump (President of The United States of America) 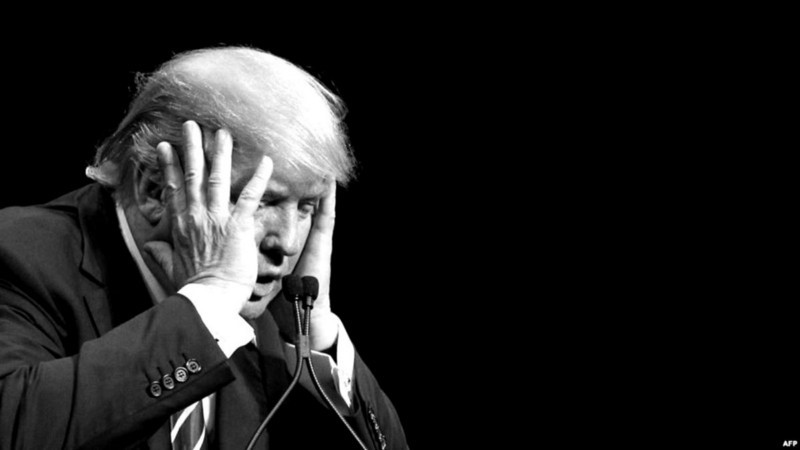 It’s not a list without naming the most powerful man in office. During his first year in office, President Donald J. Trump faces an incredible uphill battle entering the 2018 mid-terms. With no major legislative victories to his name other than the recently passed tax bill, losing on his repeal of Obamacare, the deep unpopularity of his FCC repealing net neutrality, as well as his cabinet being under continuous investigation regarding Russian ties and conspiracies of “hacking the election,” 2017 was no friend to the White House. As even his polls among Fox Viewers, his core base, fell a drastic 30% points, he now carries a 65% unfavourability entering the new year.