Next up in the endless and pointless politicization of everything- female crosswalks. Yes, you read that correctly.

As part of an initiative to "reduce unconscious bias," an Australian lobby group has secured a 12 month trial of crosswalk lights featuring female figures in the center of Melbourne.

Though the initiative reportedly comes at no cost to the taxpayers and appears to hurt nobody, it still begs the question- why? Who is this helping? According to Martine Letts, Chief Executive of the Committee of Melbourne, “The idea is to install traffic lights with female representation, as well as male representation, to help reduce unconscious bias...We know that Melbourne is the world’s most liveable city and we would really like to see Melbourne also known as the world’s most equal city.” 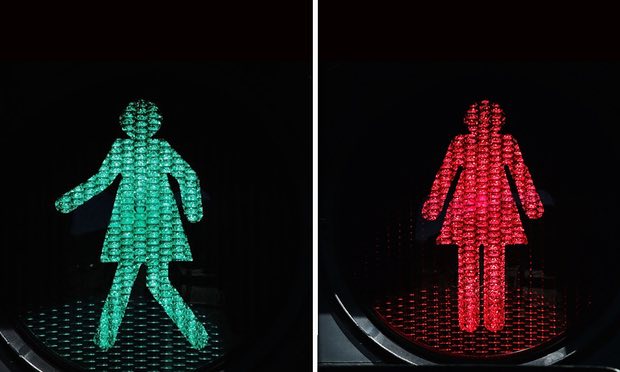 Unsurprisingly, not everyone feels the same way as Letts. Many people view this new roll out of female figures as merely lip service towards gender equality, including the lord mayor of Melbourne, Robert Doyle.

“I’m all for doing anything we can for gender equity, but really?” says Doyle. “Unfortunately, I think this sort of costly exercise is more likely to bring derision.” And that seems to be exactly what's happening.

Yep, the 1st thing I taught my son was that the pedestrian crossing symbols were a direct msg that men were superior to women. #pls #cmon

The country's gone officially mad. Now we have to change half of all pedestrian crossing 'green man' icons to women, for gender equality.

The main problem is that the argument itself easily falls victim to its own logic. Who's to say, for example, that it's not sexist to portray the female figure as wearing a dress? Don't women wear pants as well as men? In fact, take a look at the current completely neutral stick figure, and tell me what is so definitively male about it. Now ask yourself, who has the bias problem- the people who never stopped to think about the gender or value system of a crosswalk sign, or the people who view outwardly female representations in crosswalk signage as a meaningful reflection of equality in society? I think you know the answer.

While Melbourne's signage so far has come at no cost to taxpayers, the expansion of the program that the lobby group is advocating for likely will. It wouldn't be unprecedented either. In 2014, Vienna, Austria got into the equality-signage game with their crossing signals depicting gay and lesbian couples. 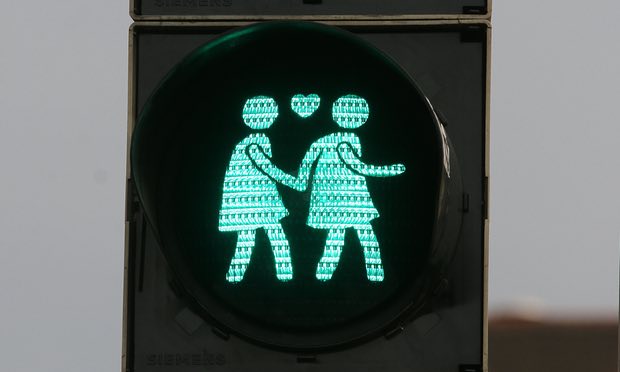 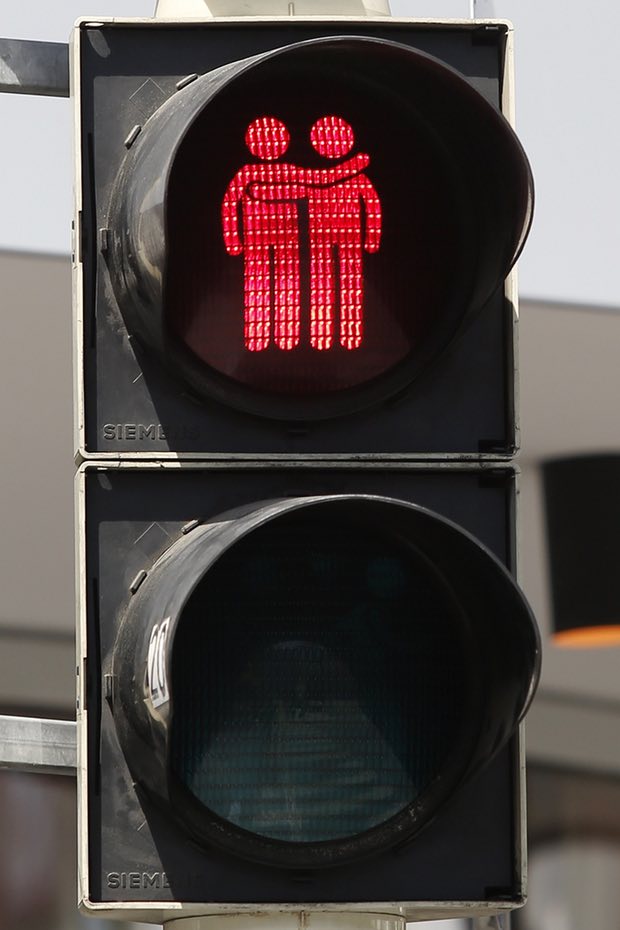 Although the installation of the 47 crossings was meant to coincide with a series of events in the city linked to themes of tolerance, it came at the expense of 63,000 Euros to taxpayers. Again, explain to me the necessity that justifies the expense. None of this is to say that equality isn't important, rather, that if we are going to do something in the name of equality that perhaps we should prioritize battles worth fighting, rather than trying to endlessly socially engineer equality in places where inequality never existed. I think prioritizing political statements over the functioning of our crosswalks is an example of this. Crosswalks are there to give signals to pedestrians to cross streets, not to applaud your political convictions. There are indeed two identities that matter at crosswalks- drivers and pedestrians. Those are the only ones that should be relevant to this discussion as far as I am concerned.