How Did Neo-Nazi Serial Killers Escape German Police For Over 13 Years?

On Wednesday, Beate Zschäpe, one of the last remaining survivors of the German neo-nazi terrorist organization the National Socialist Underground (NSU), was just sentenced to life in prison by The Higher Regional Court of Munich for 10 murders (most of whom were migrants), 14 bank robberies, and two nail-bomb attacks. Following a five-year-long trial, with over 600 witnesses brought into question, the arrest of the infamous “Nazi bride” and her four associates cements the end to the NSU’s fascist attacks.

According to a new report from The Guardian, the neo-Nazi crackdown started when there was a 2011 bank raid in the German town of Eisenach. On November 4th, two men, armed to the teeth with semi-automatic handguns, stormed the building in masks demanding bank tellers empty the nearby safe. In and out with over €70,000 ($81,000 USD), the career fascists successfully pulled off their 14th bank robbery across 12 years.

Riding on borrowed time, however, the two men didn’t have long to celebrate.

Escaping the scene on bicycles, a witness contacted police after they noticed two men placing suspicious bags into a nearby white caravan. Authorities, now on the hunt for a VW Winnebago, heard gunshots from a local car park later that morning. Officers, cornering the suspects, opened the doors to find both Uwe Mundlos and Uwe Böhnhardt, two of the most wanted neo-Nazi terrorists in Germany, now dead in an apparent murder-suicide. 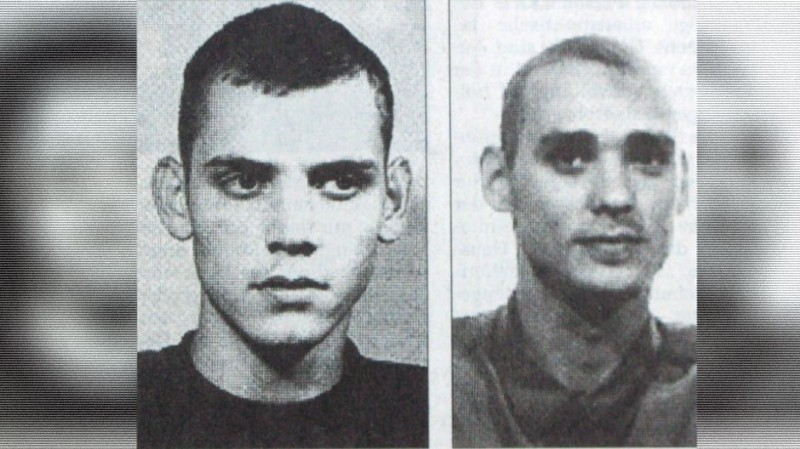 Investigators found their guns, two standard-issue Heckler & Koch P2000s actually belonged to murdered police officer Michèle Kiesewetter and her surviving partner Martin Arnold, both of whom were shot in the head by Česká CZ 82 firearms at point-blank range. Authorities noted the Kiesewetter case involved the same gun and killing method used in the “die Dönermorde,” otherwise translated as “the kebab murders,” an unsolved string of migrant deaths between the years 2000 to 2007.

The Nazis’ connection to the murders was now established.

Hours passed when a Zwickau, Saxon woman, known only by neighbors as “Susann Dienelt” attempted to destroy the NSU headquarters. Living in the remote Frülingstrasse area, a distressed Dienelt requested neighbors Joseph Hergert and his daughter “look after my cats,” running away as she began calling the fire brigade. Within moments, the woman’s apartment exploded.

Police investigated the top floor, soon finding documents and DNA evidence identifying the woman who orchestrated the robbery as Beate Zschäpe, a top leader of the NSU, who’s been on the run from police since 1998 when the crew’s bombmaking factory was discovered by German intelligence. Upon learning of her two boyfriends’ deaths, Zschäpe, with a lawyer at her side, turned herself into the Jena police saying: “I’m the one you’re looking for.”

Soon, a disturbing DVD was distributed to several mainstream media outlets and police stations throughout Germany, using footage of the animated series The Pink Panther to mock the authorities for their failure to connect the dots all this time. It featured calls for citizens to “Stand with your country” and “Stand with your people,” cutting to footage of the 2001 attack on Cologne and footage of their ethnic murder victims over the iconic theme song. “The National Socialist Underground,” it read, “Actions instead of words. Serve the fatherland.” They continued to threaten more uprisings “if there’s no fundamental changes in politics, the press and freedom of speech.”

In the beginning, the only connection German authorities could make was men of immigrant backgrounds, working in their modest businesses across seven different cities, all being shot in the face by the same guns.

The first victim was a Turkish-German man named Enver Şimşek, a 38-year-old flower shop owner who was killed by two gunmen on September 9th, 2000. By June of that year, 49-year-old Abdurrahim Özüdoğru was also shot dead. Two weeks later it was Süleyman Taşköprü, 31. Two months later it was greengrocer Habil Kılıç, 38. Three years later, in 2004, it was 25-year-old Mehmet Turgut. This death pattern continued until the 2006 murders of İsmail Yaşar, 50, Theodoros Boulgarides, 41, Mehmet Kubaşık, 39 and a 21-year-old by the name of Halit Yozgat. 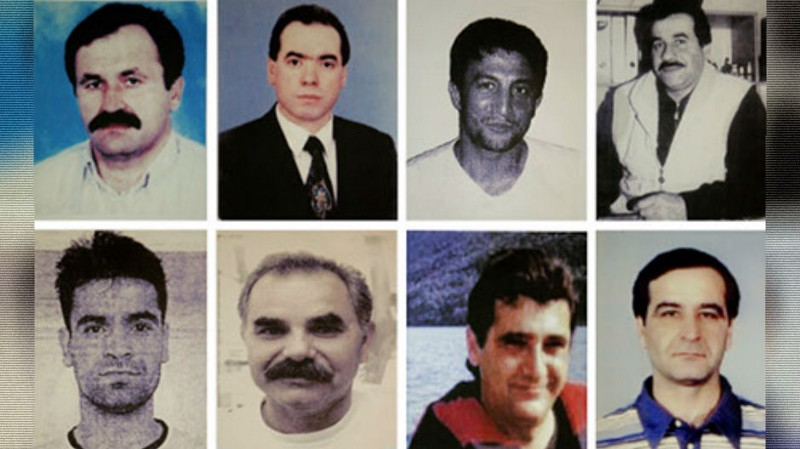 Authorities, operating under “the Bosphorus team” relied on some preconceived narrative that, due to the “intimate nature” of the murders (seeing as the victims were looking into the eyes of their killers), this was just the work of some unspecified “Turkish gangsters” fighting out turf battles on the streets of Germany. No evidence has ever given this theory credence, however, even as police attempted to persuade Şimşek’s widow, Adile Şimşek, to reveal some non-existent dirt on mafia warfare by suggesting they found her husband with a “blonde German woman” and their two non-existent children, at least according to her court testimonies.

In their report, journalists Thomas Meaney and Saskia Schäfer note the investigation, “from the very start, was riddled with basic errors and faulty assumptions,” bringing into question the rationale which led to the racist murders occurring throughout the country. They report two of the cases were located just outside local police stations, giving reason to believe it was the attention-seeking fascists, these wannabe Anders Breiviks who wanted the police to take them down in a blaze of glory, rather than fictional perpetrators they had no idea even existed.

Of the 600 witnesses, several reportedly saw two “Eastern-European-looking men” on bicycles leaving the crime scenes, though these were tossed out as being “unreliable” to authorities. No reason was given for this dismissal. When journalists questioned then-chief investigator of the Munich murder commission, Josef Wilfling, on whether they’d actually pursue claims of neo-Nazi bicyclists, he simply laughed saying: “Well, have you ever seen a Nazi on a bike?” The most concerning revelation from the trial was a German intelligence agent was at the scene of the crime when Halit Yozgat was murdered, though police failed to give a reason why this wasn’t reported.

Only Germany’s leading criminal profiler, Alexander Horn, wasn’t working off thin-air evidence.“We’re not looking for a lunatic,” Detective Horn told reporters, so quotes The Irish Times, “we’re not looking for a Hannibal Lector.” He continued saying it was more plausible that the killers had chosen their victims at random, almost as some sort of underground, spur of the moment sport among Germany’s dark past of anti-immigrant extremists, rather than an outside villain from Turkey. The young Nazis reportedly took inspiration from the from American Nazi literature of The Turner Diaries, a la Timothy McVeigh, calling for “leaderless resistance” against collectivist racial groups rather than individuals.

Whereas an investigative report from The Sunday Mirror revealed British authorities have reportedly failed their citizens in addressing migrant crime epidemics, which saw over  1,000 fall victim to child prostitution and abuse over the past three decades, Germany’s sense of itself has swung to their shameful right-wing past. This trend of painting the outsiders as criminals, when no evidence is propping up their narrative, was met with calls for honest police work regardless of racial or ethnic contexts.

The government, known for their failure to address the 2015 New Years Eve scandal which saw over 1,200 sexual assaults against German women, have been quick to tout themselves as both majority pro-migrant progressives and ethical enforcers. As a result of Angela Merkel’s border policies, which granted welfare programs to more than one million refugees, the Alternative für Deutschland (the infamous Alternative for Germany) has risen to be the second most popular party throughout the country — running on anti-immigrant populism. Some of their concerns are even legitimate, calling on the government to focus on the arrest of terrorists within the country’s ranks rather than the infamous arrests for hate speech and impolite tweets which reportedly fuel the terrorists’ agenda, evidenced in the NSU video.

Ultimately, the suppression of free speech drives these ideas into the underground where they fester into violent action. Actions which went untouched for decades until Zschäpe’s arrest. Germany, using inefficient law enforcement and politicians to appear this progressive super-power, while allowing violence across the spectrum to fester, just puts a polite face on the enabling of fascism that will, inevitably, be the public’s undoing.