A new report, drafted by journalist Ethan Gutmann and human rights activists and lawyers David Kilgour and David Matas, details the exploits of the ruling Chinese Communist Party and their controlled harvesting of organs from political and religious dissidents held in their nation’s prisons.

On multiple occasions, the Chinese government has denied the practice which has been supposedly illegal since 2015, claiming the practice of organ donation is only conducted by willing, consenting participants.

This is a lie, however, according to this new report which shows publicly reported figures from hospitals nation-wide and the massive discrepancy between official legal figures and the amount of organ procedures conducted generally.

“The (Communist Party) says the total number of legal transplants is about 10,000 per year. But we can easily surpass the official Chinese figure just by looking at the two or three biggest hospitals,” Matas announced in a statement. “Simply, by adding up a handful of the hospitals that have been profiled in this (report), it’s easy to come up with higher annual transplant volume figures than 10,000.”

CNN goes on to explain that, by analyzing the two biggest hospitals listed in the report, it’s estimated that over 60,000 to 100,000 organs are actually being transplanted each year in the communist state.

Gutmann, Kilgour and Matas indicate the numbers are made through the execution of prisoners, most of which are held for dissident thought-crimes like having differences in policy, government or religion.

CNN outlines that the victims include ethnic minorities, such as the “Uyghurs and Tibetans”, the religious who subscribe to Christianity, and practitioners of “a banned Falun Gong spiritual movement”.

And, of course, the total number of executions committed in China has gone unreported since 2015. 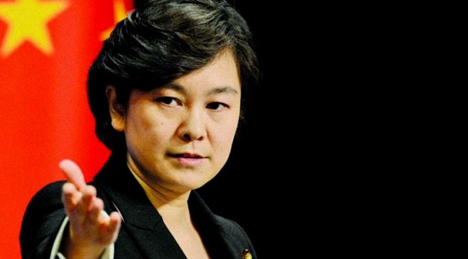 “As for the testimony and the published report,” she said, “I want to say that such stories about forced organ harvesting in China are imaginary and baseless — they don’t have any factual foundation”.

This is because, according to the report, thousands are being executed and treated in secret, if we are to believe the in depth findings of Gutmann, Kilgour and Matas. 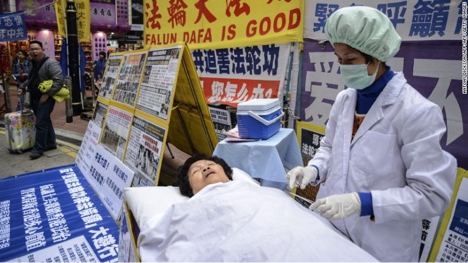 The official figures only show around 2,766 volunteers donating organs in 2015, and 7,785 large organs acquired, however, it was Professor Mario Mondelli, editor for the journal Liver International, who retracted an article on the grounds they “could not provide evidence” that the organs used in their research were from volunteer donors. The massive supply of organs makes for one successful industry when you have the supply and demand of China.

But can one point to all this and say it’s for a “greater good”?

What should strike the reader, particularly if you’re in the UK, is how organ donation seems to be a common concern among socialist leaders.

One that comes to mind is current UK Labour leader Jeremy Corbyn, who took to the stage last month to announce a policy, similar to Wales, that makes all citizens organ donors by the time they’re born.

A policy echoed by the unpopular conservative leader Theresa May soon after.

In the United Kingdom, it’s estimated that hundreds, including women and children, die every year due to an organ shortage. One could imagine China sees the same amount of shortage and death should this unlimited supply, from innocent executed criminals, weren’t to exist.

It’s replacing one infringement on rights, liberties and morals for another, leaving the all powerful state with the monopoly to decide who lives or dies.

Only in communism, aye?