The Australian people have made their voices heard.

On the 15th of November, 2017, around twelve million voters participated in a national, non-binding postal plebiscite which asked this simple question:

“Should the law be changed to allow same-sex couples to marry?”

And against political and electoral gerrymandering, which Labor senator Jenny McAllister argued could have potentially left the vote susceptible to ballot fraud, bribery, and voter suppression, the public voted in force, revealing an outstanding mandate for colorful, rainbow draped weddings. 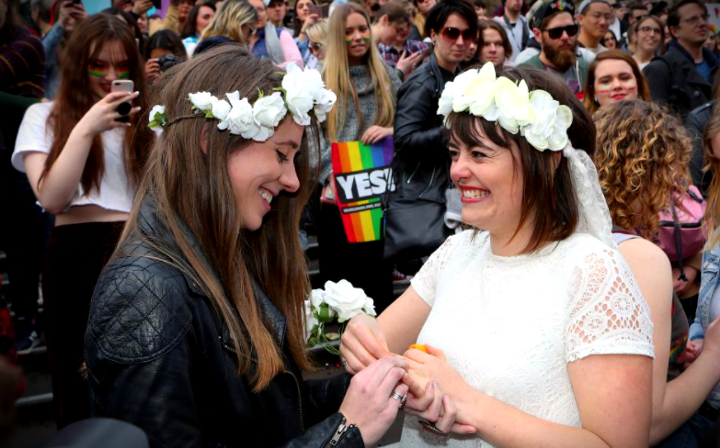 The YES campaign garnered national support from 7.8 million eligible Australian voters; a clear 61% landslide majority, over their conservative opposition of 7.8 million (38%) who voted NO or were unreadable.

Shortly after the vote, centrist Prime Minister Malcolm Turnbull said Parliament has a mandate to deliver and that it’s their job “to get on with it.”

“They have spoken in their millions and they have voted overwhelmingly yes for marriage equality. They voted yes for fairness, yes for commitment, yes for love.

It is our job now to get on with it … it is fair. The people have voted yes for marriage equality. Now it is our job to deliver it. This year, before Christmas — that must be our commitment.”

However, the prime minister has left the Australian people with a promise in words, not writing. While he acknowledges a clear cultural mandate, the results of the postal plebiscite, similar to Brexit, are non-binding.

Ryan Goss, a senior lecturer at Australian National University’s College of Law, told news.com.au there is “no legal consequences one way or another with the result of the survey. Everything is still in the realm of politics”.

Which leaves parliament in the next stage of law-making; debate.

While I myself am critical of religion, and view anti-Gay Marriage arguments to be antithetical to liberty, sensible liberals and centrists acknowledge the concern of NO voters when it comes to Australian legislation and the tendency to restrict liberty from the left.

In the case of 18C, the controversial provision in the 1975 Racial Discrimination Act, the wording of the legislation, considering Australia has no first amendment in its constitution, essentially eliminates true, guaranteed freedom of speech and freedom of the press.

Or, at the very least, forces one to go through an expensive court process to prove their free speech and journalism is “fair” and “appropriate.”

“(1) It is unlawful for a person to do an act, otherwise than in private, if:

(a) the act is reasonably likely, in all the circumstances, to offend, insult, humiliate or intimidate another person or a group of people; and(b) the act is done because of the race, colour or national or ethnic origin of the other person or of some or all of the people in the group.”

For voters who voted for (or at least considered) the NO campaign, such as popular YouTube commentator Bearing, there is a justified concern as to whether lawmakers will introduce similar provisions to redefinitions of the 1961 Marriage Act.

SBS reports that this September, the Senate has passed special laws to regulate the conduct of the same-sex marriage debate by banning vilification, intimidation, and threats for their views on the survey on the basis of their sexual preferences, gender identity, intersex status and religious beliefs. Voter suppression is a valid provision for the government to eradicate, whereas cross-bench senators warned of a slippery slope which could lead to a threat to free speech. Another valid concern to protect a free society.

This leaves Australians with the question: which bill will go into effect? 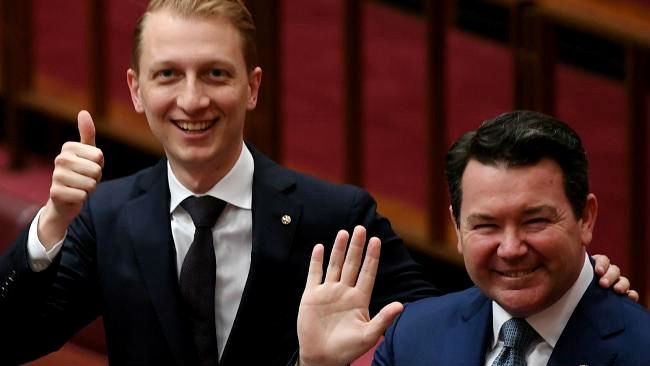 Currently, parliamentarians have two ready-and-available choices on offer from the center-right Liberal Party: a bipartisan bill supported by openly gay Senator Dean Smith, who introduced the legislation in August, and the more libertarian legislation introduced this week from Senator James Paterson.

Paterson has been a long-time supporter of gay marriage, while also a true advocate for libertarian principles on free speech and liberty. This leaves his bill — which allows bakers and florists to deny service to customers regardless of whether religious beliefs even play a factor — in political hot water.

Paterson wants to justify the legislation with the religious freedom argument, saying it applies to the individual, not just churches. The argument is curious when you break down what religion is: voodoo rationale. Australians in public and Parliament, aren’t biting at the idea of a law allowing underclasses in society, whether they be gay or straight, based on little to no evidence of a Sky Daddy Creator in Space.

Smith’s Bill, on the other hand, only protects religious institutions and those who operate within them.

On redefinitions, Smith erases the current definition of marriage — “between a man and a woman” — to now read as a “union of two people.”

By comparison, Paterson’s proposal allows for a bridge between members of the YES and NO campaign in allowing both definitions, separating them into two separate clauses, both of which are separate marriage equality stances: equal together and separate but equal.