Arab Nations Cut Ties With Qatar For 'Support Of Terror'

The United States has been having a hard time holding together a coalition lately. Only days after a new terrorist attack rocked Britain, seven Arab nations have cut ties with the tiny monarchy of Qatar, blaming it for supporting terrorism and destabilizing the region. In addition to severing diplomatic ties, at least four of the seven nations have also instituted a travel ban. Saudi Arabia, which borders Qatar, has closed its border to the fellow oil-rich state. 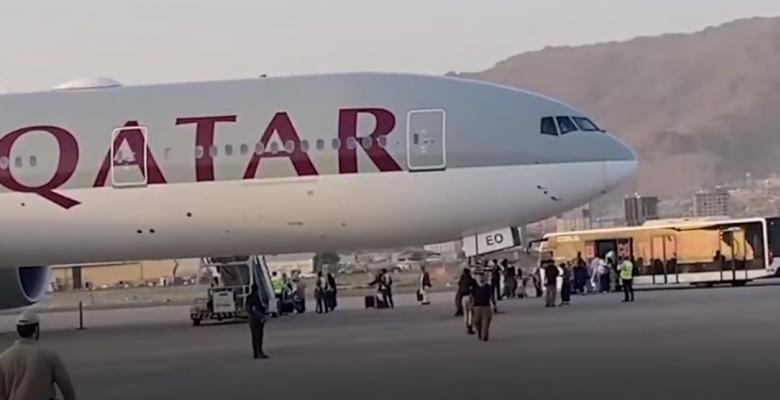 Qatar is a U.S. ally in the Middle East, as is Saudi Arabia, which makes the entire situation very delicate. Critics have already blasted Saudi Arabia for accusing Qatar of supporting terrorism, noting that the Saudi government has its own intensely controversial record on the subject.  Nineteen of the twenty-one September 11 hijackers were citizens of Saudi Arabia, a fact which nations like Iran continue to point out. Even Donald Trump, despite making Saudi Arabia the first stop on his inaugural international trip as president, once blamed the oil titan for being behind 9/11.

With Saudi Arabia and Qatar on the outs, the U.S. finds itself in a difficult spot. The United States military runs many Middle Eastern operations through a major Qatari air base, but has also just signed a huge $110 billion arms deal with Saudi Arabia. With President Trump vowing to destroy ISIS, which controls vast chunks of territory in Iraq and Syria, a diplomatic brouhaha between Middle Eastern allies could slow his goals tremendously. If the U.S. continues to support Qatar, it risks losing the support of Saudi Arabia. If the U.S. tacitly supports Riyadh’s call to isolate Qatar, it may lose access to the Al Udeid air base.

All eyes will be on Washington’s response to this brewing crisis, especially in the aftermath of Trump’s unexpected coolness toward NATO during his recent visit to Brussels. With the U.S. having already dissed NATO, can it afford to let its own Middle East rubric of allies crumble?  Donald Trump, whose simple-but-ambitious military goals have endeared him to millions of blue-collar voters, may have painted himself into a corner by pledging to boost defense spending and destroy ISIS…while simultaneously destroying the agreements needed to get his expensive military assets to the theater of operations!

Ironically, the commander-in-chief who always insists on getting a financial deal may have just broken his own defense budget by forcing the U.S. to rely entirely on its own resources to fight ISIS.

In addition to losing allies, the Trump administration also risks losing face if it tries, but fails, to get Saudi Arabia to back down. After more than twenty-five years of American dominance in the Middle East, Saudi Arabia may be itching to assert its strength in the region by ignoring Washington’s calls to re-establish relations with Qatar. Having long played the dutiful American ally, going back to Operation Desert Shield, the regime in Riyadh may seize this opportunity to thumb its nose at a U.S. president it deems particularly odious.

A failure to calm Saudi Arabia would look bad, but doing nothing looks even worse. If the U.S. stays mute on the diplomatic crisis, it also looks weak. Other small allies in the Middle East, Africa, and Asia will worry that regional powers can bully them without consequence. As a result, these states have less incentive to remain loyal to the United States and may look elsewhere for support- including Russia or China.

Finally, could Saudi Arabia’s power play be less about terrorism and more about oil? Both Qatar and Saudi Arabia are members of OPEC, the cartel of Oil Producing and Exporting Countries.  The cutting of ties with Qatar sent oil prices reeling, spiking higher and then ending lower by the end of the day. Could Saudi Arabia have intended this oil market volatility as a way to flex its economic muscles? The U.S. and Russia, which strongly desire high oil prices, are at a disadvantage whenever Saudi Arabia causes oil prices to drop. Saudi Arabia can still make a profit even when oil prices are far lower than the approximately $70 per barrel desired by U.S. producers.

By threatening to increase the volatility of the world oil market, Saudi Arabia may be telling the U.S. and Russia to back off.

The Saudis’ oil strength adds an additional wrinkle to the international problem. Pushing Saudi Arabia to reverse itself on isolating Qatar may result in an oil price war, with Riyadh and its OPEC allies deciding to punish the United States by driving prices lower. This would generate pain at the pump for American consumers and could decrease Trump’s popularity even further as a result.

But Trump thrives on anger and conflict, and may actually benefit from a row with the Saudis. If he talks tough to Saudi Arabia today and faces their economic wrath tomorrow, he could use that issue as yet another example of the dangers of globalism. He could blame Saudi Arabia for the oil quagmire and use it to justify increasing domestic support for the petroleum and coal industries, giving his supporters exactly what they want.

The ball is in the Donald’s court… what will he do?