Sometimes I feel like a broken record when I say that liberals are often more guilty of the things they accuse other of. But it's true.

While I have respect for individual people who, after careful consideration, choose to support a liberal view or cause, the fact remains that the vast majority of people who consider themselves "on the left" are idiots.

Why do I say this? To trigger the hell out of you, of course. But seriously, time and again we see liberal causes being used by forces to push an entirely different agenda, or to be a front for a rich, public figure to look caring or sympathetic.

You could say that many conservatives are idiots too. And while the liberal media try to portray all of us as beer-swilling, truck driving, gun toting rednecks, the fact remains that to be a conservative in modern America takes more backbone and rebellion than it does to be a liberal.

Don't agree? Because of all the pressure to be liberal, a person- especially a young person going through college- actually has to think about why they support conservative views. They will have a thoughtful answer as to why they support small government, the Second Amendment, or pro-life.

It seems that most liberals (especially young ones) are going along with the trend because it's what they're told to do. Their college professors have dictated it. Their favorite pop stars and celebrities embrace it. Most of the media and entertainment industries support it. So why not go with the flow?

This, of course, produces some contradictory behavior among many so-called liberals. This includes holding to opinions so shallow that they cannot be properly defended. We've seen this on college campuses, where students claimed Trump was a bigger threat to the world than ISIS. We've seen this even more recently when college students claimed Trump's achievements during the first 100 days were terrible- until they learned they were Obama's achievements.

We also see this wherever the allegedly green flag of environmentalism flies. Thousands, if not millions, of Americans call themselves environmentalists. They claim that they care so much about our clean air, clean water, and clean ground. They believe in recycling, protecting wildlife, and aggressive government regulation. All in the name of preserving the world for our future offspring.

Except they tend to leave our cities worse than when they arrived.

On Saturday, environmentalists from across the country converged on Washington, DC for the “People’s Climate March,” to urge the Trump Administration to invest in policies that fight climate change. As protesters packed up… the Washington Mall was left littered with garbage, including paper signs, food containers and plastic bags...

A DC resident living near the march site told Heat Street that he was extremely dismayed by the “giant piles of signs and trash” left strewn across the park. (via Heat Street)

Really, you guys? You travelled all the way to D.C. and other places to virtue signal about how bad Trump will be on the environment (considering he's done nothing tangible to damage it yet) and you can't even pick up your fucking trash!?

You know, nothing hurts your cause of protecting the earth like leaving behind massive piles of trash. Maybe they did it deliberately, to give city workers a chance to earn a living. But considering that trash could have ended up in sewer drains, been swept into waterways, and been ingested by animals- I doubt it.

Perhaps you're saying: those weren't real environmental activists! True believers are conscientious. They pick up their trash. In fact, they don't even produce trash in the first place! Everything they use is biodegradable.

That might be true, but what does it say about a movement that recruits such litterbugs? Or one that can't even convince them to pick up after themselves?

This speaks loudly of the kind of vapid, empty-headed, selfish people that flock to liberal causes. Did they all swarm Washington because they care about climate change, or because they just wanted to bitch about Trump?

And if you say this was just one bad group, which doesn't represent the whole, what can you say about the Dakota Pipeline protestors?

The U.S. Army Corps will spend more than $1 million to clean up the mess left behind by the Standing Rock Sioux Tribe and others opposed to the Dakota Access Pipeline in North Dakota. The protesters — who succeeded in temporarily shutting down pipeline construction under orders from President Barack Obama — were evicted after President Donald Trump put the pipeline project back online. (via Breitbart) 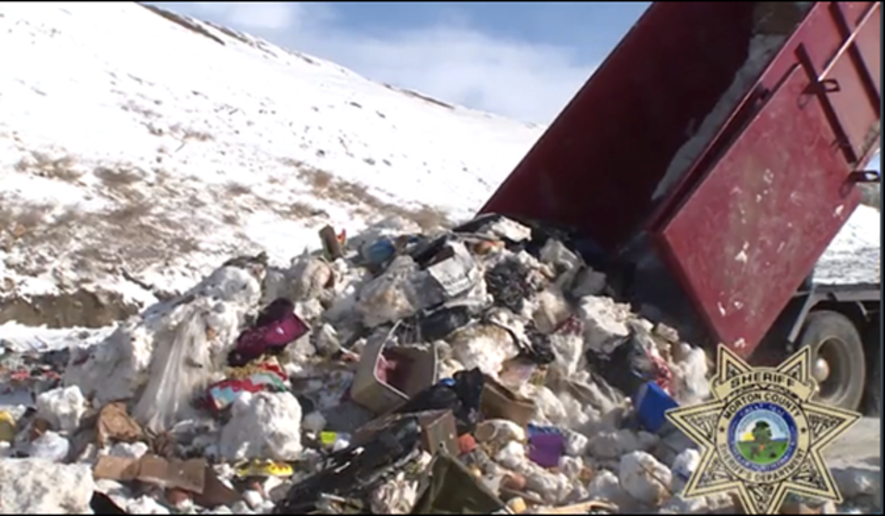 Oh, come on! This whole protest was- they claimed- over concerns that the pipeline would have a negative impact on the environment. Because oil and stuff.

But these idiots can't even be bothered to put a little bit of effort in actually keeping the environment clean?

Maybe they just figured it was the government's job to clean up after their mess. After all, that's what an entire generation was taught by the Obama era. Personal responsibility? Who cares! It's always someone else's job.

Oh is that not enough to suggest environmental activists are full of crap? How about the big names? You know, those celebrities that use their massive influence to educate the world about how evil we are for using cars and electricity?

Yeah, it seems they're hypocrites as well.

Remember when Leonardo DiCaprio made a big deal about the environment during the Oscars? Turns out the actor has a bigger carbon footprint than quite a few of us.

His charitable foundation recently pledged £10 million for various green projects. He sits on the boards of two eco pressure groups and has made his own environmental documentary — The 11th Hour, which sank like a stone at the box office. However, DiCaprio doesn’t always practise the carbon footprint aware lifestyle that he preaches. In the past five months alone, he has travelled at least 90,606 miles by plane in 18 separate trips. Where private jets are used, the carbon dioxide emitted goes up hugely — between seven and 20 times, depending on the plane. (via Daily Mail)

And that's not to mention the numerous mansions he owns and that private island. I doubt they run on wind power.

So what is environmentalism really about? If even professed environmentalist behave in such a way that proves they don't care about the environment, then what is the movement's real goal?

In a word: socialism.

Whenever you peel back the veneer of a radical, environmentalist goal, you find socialism at work. Not a huge surprise, considering the end goal of socialism is to create a welfare state of people subject to the rule of an authoritarian government.

That is in direct opposition to the United States, which is a country that empowers the people to govern themselves. So how do you impose the rigid and evil policies of socialism on a democratic, capitalistic society? By pushing environmentalism!

Socialism is fundamentally defined by the abolition of private property...

Private property, or private ownership, is, in the language of the law, Not only money and other tangible things of value, but also includes any intangible right considered as a source or element of income or wealth...

“We believe that under socialism – through a rational, democratically controlled planned economy – we will be able to make decisions that can stop and reverse the destruction of the environment.” (via Ray Harvey)

If you can bamboozle people into thinking that our current lifestyles are sending the world to a quick demise, then you can get them on board with laws and reforms that hamper private businesses, regulate industries into oblivion (aka: coal and oil), and deprive private citizens of owning land.

Why is private ownership of land so important? Because it goes hand in hand with the private ownership of all kinds of property, from land to cars to houses, including wealth. If you deprive the people their wealth- and their ability to create wealth- then they will become more dependent on an over-reaching and corrupt government.

The next step is to deprive them of other things like... freedom speech.

Where have we seen that recently? 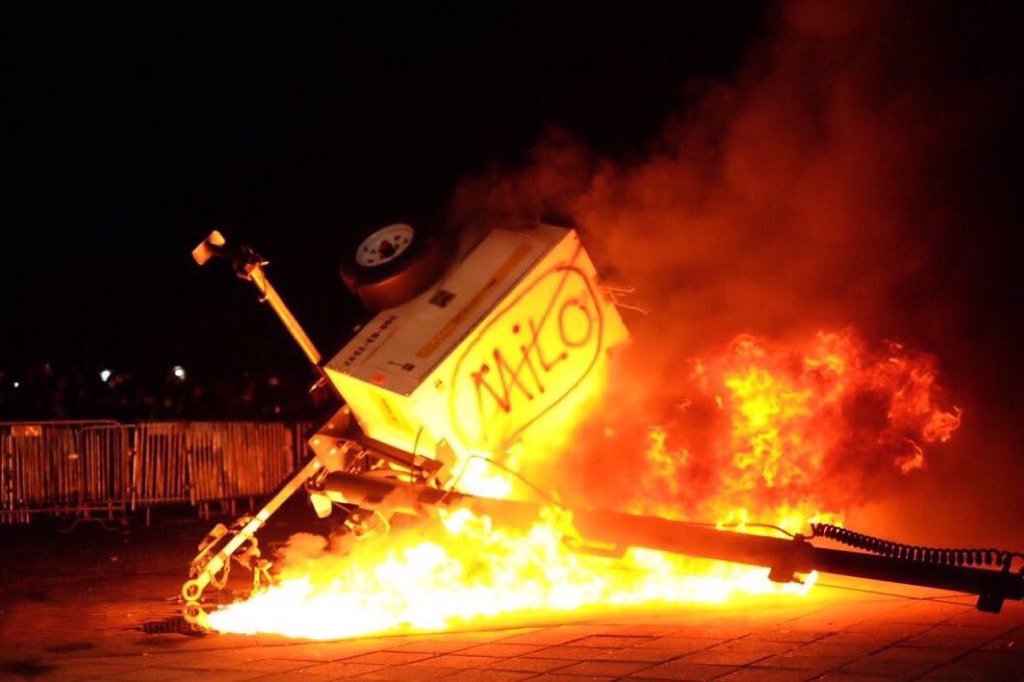 In order for socialism (aka: communism) to take root in the West, you have to do a few things. The biggest is to deprive the majority of people of their ability to govern themselves. That means their ability to make their own decisions and live their own lives. Passing massive regulation in the form of "protecting the environment" has been a clever way of limiting the scope and influence of privately owned businesses, what you can do on your own property, even what kind of products you can buy.

Weakening industries also has the added benefit of depriving many people of jobs, forcing them to take unemployment or welfare- thus furthering socialism's goal of creating a welfare state.

Keep in mind, I worked for the Environmental Protection Agency for four years- Obama's first four years. I am not unsympathetic to the plight of the environment. I want to see our forests flourish, our water clean, and wildlife thrive. I've seen hardworking and honest Americans put in time and energy into protecting their fellow citizens from harmful influences.

But I also know the greater goal of climate alarmists, environmental activists, and their ilk is not about protecting your parks and clean sky. Their goal is to eradicate the social and economic freedoms we've enjoyed for centuries to impose a Marxist agenda on the U.S. and other countries.

Does that sound crazy to you? Maybe if you've been drinking the Kool-Aid. But how else can you reconcile environmental goals with this: 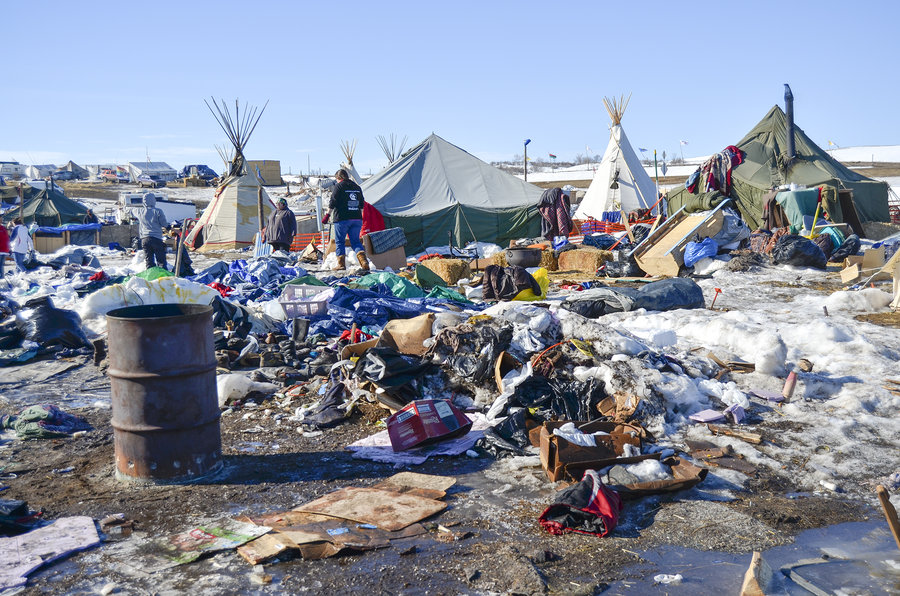 Perhaps there is more going on than you think.