Will the real free-speech warriors please stand up?

The Road of Neo-McCarthyism is paved with media censorship.

In the wake of Congressional accusations made against the Russian government for “meddling” in the 2016 presidential election, which saw the surprise election of Republican President Donald J. Trump, Washington has forced the Russian state-funded television network and media outlet RT, formerly named Russia Today, to register as a “foreign agent.”

In an unprecedented move, under the Foreign Agents Registration Act (FARA), The Justice Department issued the network a letter with a November the 11th deadline to complete the requested paperwork, or they would be faced with account freezes, as well as arrests made against network executives.

On Monday, the network complied with the request, stating that it will challenge the American government’s actions in court.

Despite these evidence shortcomings, RT now stands as the only media outlet ever threatened to register as a foreign agent, in such a short amount of time, since the 1938 law was introduced to Congress to counter the German’s Pro-Nazi propaganda on American soil.

FARA has forced over 400 companies and organizations to comply with this registration as foreign agents, however this is the first time a press outlet has had to comply.

When you consider that other foreign, state-funded counterparts, who have the same structure as RT, such as BBC America, Qatar’s Al Jazeera English and China’s CCTV, have not been issued the same requests, it all starts to look very curious.

No Chinese media accounts have been threatened.

It’s only with the Russians, and their RT journalists and executives headquartered in Washington, DC, where the Justice Department’s double standard has been enforced.

RT editor-in-chief, Margarita Simonyan, issued a statement that the DoJ’s timeframe was a “cannibalistic deadline.” 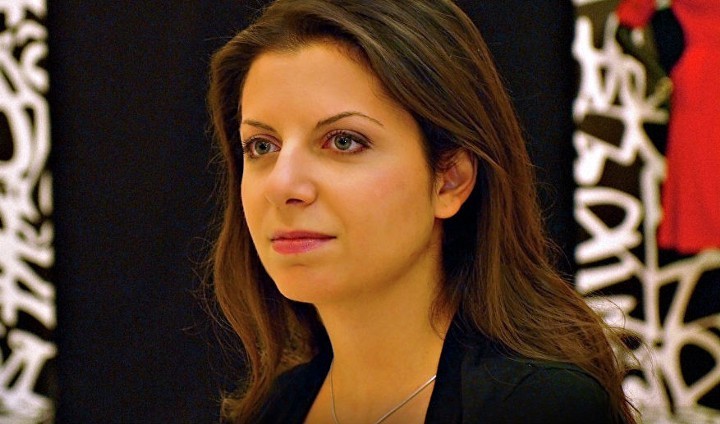 “[We’re forced into] conditions in which we cannot work” in the US, she continued, believing that the demands were an attempt to quote “drive [RT] out of the country.”

The Russian Foreign Ministry also expressed concern with the FARA law demands which require the disclosure of the outlet’s confidential data, including the personal data of its staff, which they argued could “compromise the safety of [RT] employees” if given to the American government.

The demands, which could put journalists at risk, come after two key events:

Investigated by The Nation, this same DNI report does not say if RT had an influence on the American electorate. They determined this was “an unlikely prospect” when one realizes they only have daily viewer numbers that reach 30,000 (that’s so low, Nielsen excludes RT from their survey on the top 100 most viewed cable shows). CNN on their off-days make at least one million views, and YouTube channels like The Young Turks and Secular Talk beat CNN in the key demographic (18–34) during the day.

No. The DNI find RT to be an example of wrong-thinking, faulting the network for “highlight[ing] criticism of alleged US shortcomings in democracy and civil liberties,” such as:

Essentially, American Congressman and investigators are accusing RT and the government of committing critical journalism.

Members like California’s Democratic Representative Jackie Speier, who urged Google to consider banning RT from YouTube. When Google general counsel Kent Walker explained, after “careful review” of RT’s practices, he had found no “violations of our policies against hate speech and incitement to violence and the like,” Speier insisted with the expected justification: She said the network is “a propaganda machine,” and “an arm of one of our adversaries.”

For the sake of hypothetical argument, let’s toy with this little string board observation, and give RT critics the steel-man that the outlet is indeed fake news… for government to legislate what is approvable, authentic news, and the outlets that present it, wouldn’t they themselves be engaging in propaganda?

Allowing for the competition of smears of the cold war variety?

And don’t these legislative demands, which nearly forced RT America’s removal from the country and the arrest of its journalists, take the governmental knife to the freedom of the (problematic) press?

Critics of Russia always love to point out President Vladimir Putin arrests and kills his journalists. This is true. He is authoritarian through and through.

But can America, with these kind of actions, consider themselves so innocent?

And again, this is assuming the entire outlet, which has a plethora of American journalists from progressive to conservative, is propaganda. 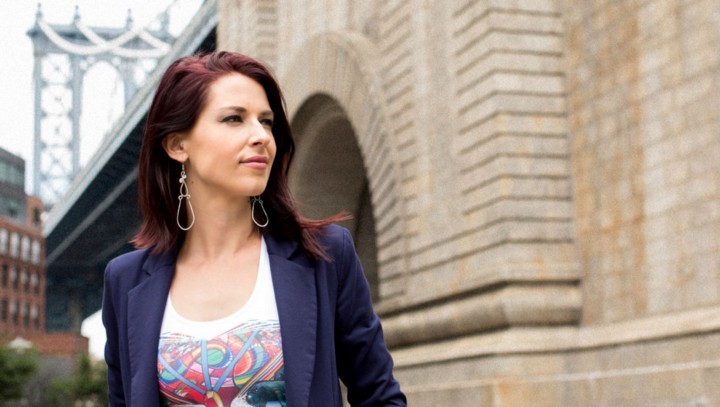 Speaking to The Jimmy Dore Show, former RT journalist Abby Martin, who describes herself as an “anti-imperialist progressive,” said she “criticised Putin on air” during the Russian interventions in Ukraine and Syria, two of the most controversial moments in the government’s foreign policy.

“They are doing everything in their power to make it impossible to operate as a network,” she continued. “That’s why I was at RT. When the Iraq War was happening — I wondered why is the media selling us this? It takes everyone a little while to realize how controlled the entire system is. It’s not just Republicans. It’s not just Democrats. But I think the future of journalism is with us. People declaring objectivity is dead. We don’t need Monsanto’s press release compared to the facts of who’s poisoned by Monsanto. We can talk to the victims ourselves. It starts with networking.”

Very few networks are jumping to RT’s defense. Twitter recently announced a ban on all advertising by RT and Sputnik. Facebook has sworn allegiance to the American government, willing to impose “sweeping changes” as to curate their platform in a way where people won’t be “[using] our tools to undermine democracy.” Whereas The Washington Post calls Trump’s criticisms of the media “frankly disgusting,” arguing he is the threat to the freedom of the press, their coverage on RT’s registration has concluded the same result as the intelligence officials: that RT “push relentlessly anti-American propaganda at the behest of the Russian government.”

Where is the defense of the Russian press? Or just the American press who work for a problematic outlet? Is “press freedom” only a tool the mainstream media use to attack the president and defend themselves?