It’s common knowledge that we don’t write our laws for poetry’s sake. They may read like poetry if you’re a fan of Franklin Roosevelt or Thomas Jefferson, but legislation should always be made in the interest of the people governed.

You say this to the likes of The Washington Post’s Marc A. Thiessen, CNN’s James Acosta or even the 40th president of the United States and they’ll look at you with the lost eyes of a puppy. It doesn’t compute with them that “The New Colossus,” the poem at the base of The Statue of Liberty, is not their constitution.

Placed in 1903, after the building of the Statue of Liberty, it reads: “Give me your tired, your poor, your huddled masses yearning to breathe free, the wretched refuse of your teeming shore.”

Under that statue, in his 1980 presidential address, Reagan embraced the poem, declaring, “It is fitting that . . . we meet beside the waters of New York harbor, with the eyes of Miss Liberty on our gathering and . . . the words of the poet whose lines are inscribed at her feet. . . . Through this ‘Golden Door,’ under the gaze of that ‘Mother of Exiles,’ have come millions of men and women, who first stepped foot on American soil right there, on Ellis Island, so close to the Statue of Liberty. . . . They helped to build that magnificent city across the river. They spread across the land building other cities and towns and incredibly productive farms. . . . They brought with them courage, ambition and the values of family, neighborhood, work, peace and freedom.”

In his op-ed, Thiessen is right to note he made no mentions of advanced degrees or speaking English, rejecting Jimmy Carter’s view of “an ever-shrinking economic pie with smaller pieces for each of us. We can have a bigger pie with bigger slices for everyone. . . . We can make that dream that brought so many of us or our parents and grandparents to this land live once more.” 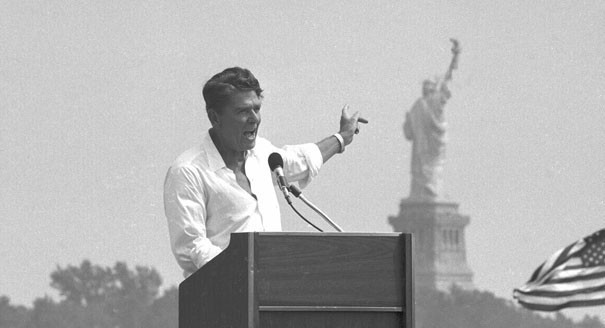 It’s a good speech. It’s a good poem, too. But is it good policy? The 2010 study cited in Thiessen’s article, conducted by professor at University of California at Davis Giovanni Peri, found that “new immigrants are found to have a small negative impact on native employment in the short run (but not the long run)”, explaining that immigrants “make more jobs to leave native workers unharmed”.

It makes the case for why immigration is a benefit, but it’s easy for the media to win that straw-man argument considering the Trump administration is not closed borders on all immigration.

The White House proposal, introduced last month as The Raise Act, questions the case for the mass immigration of “tired, huddled masses” of low skill immigrants. The estimated million plus people who are selected out of a green card lottery, with the utopian name of “The Permanent Employment Visa System,” without any selection based on skills, languages or careers that determine if one will surely be employed.

Tell this to Britain, who have seen The Bank of England study that mass immigration drives down wages, or to an Australian, where the points-based system is currently in place, and we’ll tell you, left or right, the alternative sounds crazy.

The day after this article, Acosta questioned the White House as to whether the proposal was in keeping with their poetic Colossus constitution. Trump immigration adviser Stephen Miller had different views. Dare I say, policy based views on immigration. Dismissing the poetic platitudes that are not the law of the land. 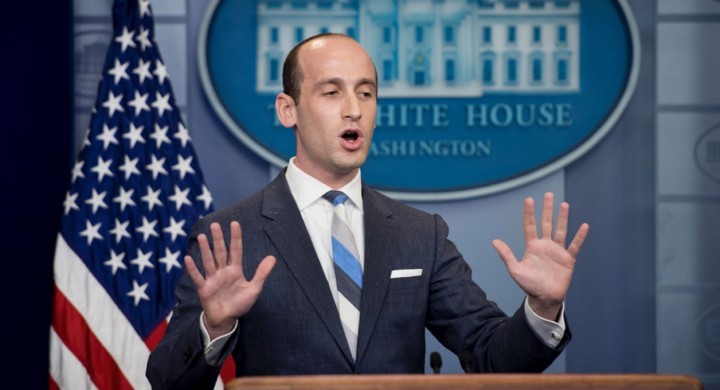 Their exchange grew heated when Miller accused Acosta of racism after the reporter suggested the bill would only allow British and Australian immigrants, and was an effort to “engineer the racial and ethnic flow of people into this country.”

The reason? Oh, just that the proposed system requires one to know English.

“Jim, I can honestly say I am shocked at your statement that you think that only people from Great Britain and Australia would know English,” Miller responded with great offense. “Actually, it reveals your cosmopolitan bias to a shocking degree… the notion that this is a racist bill is so wrong”.

And he’s right. Learning the operating business language of a country has nothing to do with one’s racial identity. It’s pure functionality. In fact, WorldAtlas has over 30 countries, from Barbados to the Bahamas, where English is the primary language of the land. The world just isn’t on board with the Acosta School of Progressive Immigration.

Let’s examine that country he mentioned: Australia. According to the Australia Bureau of Statistics, on the national level, 1.3 million new migrants have come to Australia since 2011, hailing from around 180 countries of birth. The Census found China (191,000) and India (163,000) were the most common immigrant countries, both of which speaking English. If we examine the most populated city, Sydney, home to over 5.25M people as of 2017, 4.7% of the Greater Sydney population comes from China, followed by England on 3.1% and 1.9% for India.

For the first time in Australian history, the majority of people born overseas are now from Asia, not Europe.

The people that believe that merit drives down diversity are what I describe as “white supremacists with a guilty conscious.”

How little Acosta and company must think of these diverse immigrants they’re white knighting for, who put in the effort, to believe a meritocratic system with standards, in the end, hurts them.

Then we get to Trump’s immigration tug-of-war with Democrats. In 1986, the “Reagan Amnesty,” known as The Immigration Reform and Control Act, was signed into law which gave 11 million illegal immigrants, who entered before January 1st, 1982, legal worker and citizenship status. It required employers to attest to their employees’ immigration status, made it illegal to hire or recruit illegal immigrants knowingly, they had to pay the penalty fine, back taxes due, an admission of guilt, prove they were not guilty of crimes, and, yes, had to know the English language.

What measures did Reagan put to prevent more from coming over after 1986? Stronger border security guards, funds or something kind of wall? Nope.

Reagan rejected the idea of a structured border. And his law had no measures to secure those who crossed illegally thereafter.

Now in 2017, President Trump has a similar scenario. 13 million illegal immigrants, no border wall, sanctuary cities that aren’t following immigration law and he wants to make a deal. Just with some reassurances and an alternative should the deal go south: government shutdown.

“Build that wall,” he said to a rally crowd in Phoenix, Arizona. “Now the obstructionist Democrats would like us not to do it. But believe me, if we have to close down our government, we’re building that wall. Let me be very clear to Democrats in Congress who oppose a border wall and stand in the way of border security: You are putting all of America’s safety at risk. You’re doing that. You’re doing that.”

While Mexico will so obviously not pay for the wall — to the dismay of people who believed that could happen — Trump announced interest in a legislative fix. 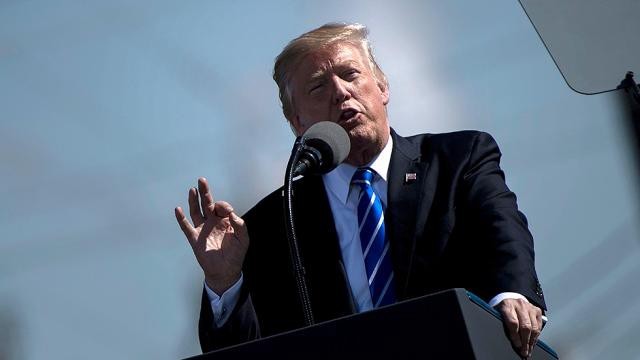 Last week, the White House said it would seek more funds from Congress to finance building a border wall along the U.S.-Mexico border, as well as the resources to hire thousands more immigration officers.

The response of House Minority Leader Nancy Pelosi (D-Calif.)? Reassurances that the legislation will protect DACA or: potential government shutdown.

“What the White House put forward is a complete non-starter. I fully intend to use every possibility, but we’re not at that place yet. Right now, we’re trying to get Republicans to vote on what we believe.”

This gives Trump somewhat of an advantage to negotiate his policy down to a comprehensive merit-based system, sensible borders to control the free flow of people, less than the 10,000 ICE officers as requested by director Thomas Homan, as well as a compassionate take on DACA. Contrasting with Reagan who delegated all values to the left.

“The White House is willing to negotiate. Democrats are not,” said Mark Krikorian, executive director of the Center for Immigration Studies. “That means the odds of no bill by March have increased — not because the White House principles are overly ambitious but because Schumer is not going to make a meaningful counter offer. They want amnesty in exchange for nothing.”

It’s just a matter of how much Trump is willing to compromise on far-right rhetoric to secure a deal. “The worst thing you can possibly do in a deal is seem desperate to make it,” Donald Trump’s ghostwriter said in The Art of The Deal. “That makes the other guy smell blood, and then you’re dead.”