We couldn’t make this stuff up if we tried! The dwindled star of a comedian that is Tom Arnold claims that he has access to outtakes from the TV show The Apprentice, in which Donald Trump is allegedly saying some pretty horrible things. Arnold originally said during a radio interview that he wouldn’t release the tape out of respect for the television show employees who gave it to him, but has apparently changed his stance.

Tom Arnold gained fame by marrying once well-known actress Roseanne Bar. After an extended love of alcohol and cocaine, Tom cleaned up his act and went on to star in the film True Lies with Arnold Schwarzenegger, and more in more recent history hosted The Best Damn Sports Show Period. What changed his mind about releasing the tape? According to Tom, he received a voicemail from Mike Pence’s team that threatened him with a defamation lawsuit over his claims. 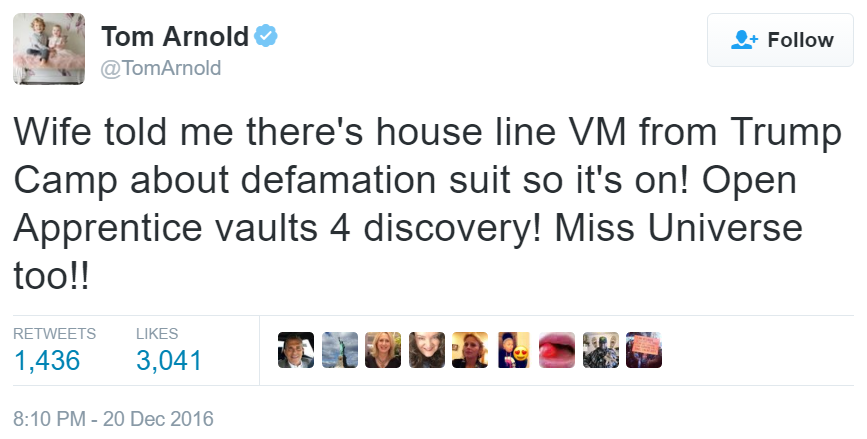 Last Friday, during an interview on Dori Monson’s KIRO Radio show, Arnold said “I have the outtakes to The Apprentice where he says every bad thing ever, every offensive thing ever.” He carried on and elaborated on the specific language apparently used: “It was him sitting in that chair saying the N-word, saying the C-word [cunt], calling his son a retard, just being so mean to his own children.”

During the interview, Tom said he received a copy of the outtakes from two editors and a producer who worked on The Apprentice, and added that they put together the clip as a joke. They didn’t actually expect the loud-mouthed billionaire to win the presidency.

“The people sent it to me, it was funny. Hundreds of people have seen these. It was sort of a Christmas video they put together. He wasn’t going to be president of the United States,” Arnold said.

It seems as though knowledge of the tape’s existence wasn’t a carefully kept secret, and according to the comedian, even good old Hillary tried to get him to release the tape prior to the presidential election on November 8. “The Sunday before the election, I get a call from Arnold [Schwarzenegger’s] CAA agent, sitting next to Hillary Clinton. They said, ‘I need you to release him saying the N-word,’” Tom said.

The falling star claimed that he didn’t believe releasing the tape would make a difference, and if anything, would only help Trump’s chances for being such a rebel. “I think if the people like him saw him saying the N-word – he’s sitting matter-of-factly in front of there has to be 30 people there, and he’s matter-of-factly saying all of this stuff. So I think they would have liked him more, the people – for being politically incorrect.”

I’m not sure where Arnold is going with this. Sure, many Americans voted for Donald Trump because he was ‘against the system’, but there is a big difference between being anti-establishment and calling people niggers and cunts on video. In the United States, these are arguably the two most offensive words in the English language. Could it have swayed the results of the election? We’ll never know, but one thing is for sure: “Grab ‘em by the pussy” certainly didn’t.

Could Trump have actually said these terrible things about people, his own son even? Given the track record, it’s certainly possible. Let’s quickly compile a fun list:

● “@Ariannahuff is unattractive both inside and out. I fully understand why her former husband left her for a man – he made a good decision.”

● “@ mplefty67: If Hillary Clinton can’t satisfy her husband what makes her think she can satisfy America?”

There are so many offensive lines that we could write a book on the subject. To wrap it all up, during a campaign rally in South Carolina, Trump publicly mocked former Washington Post reporter Serge Kovaleski for his physical disability. 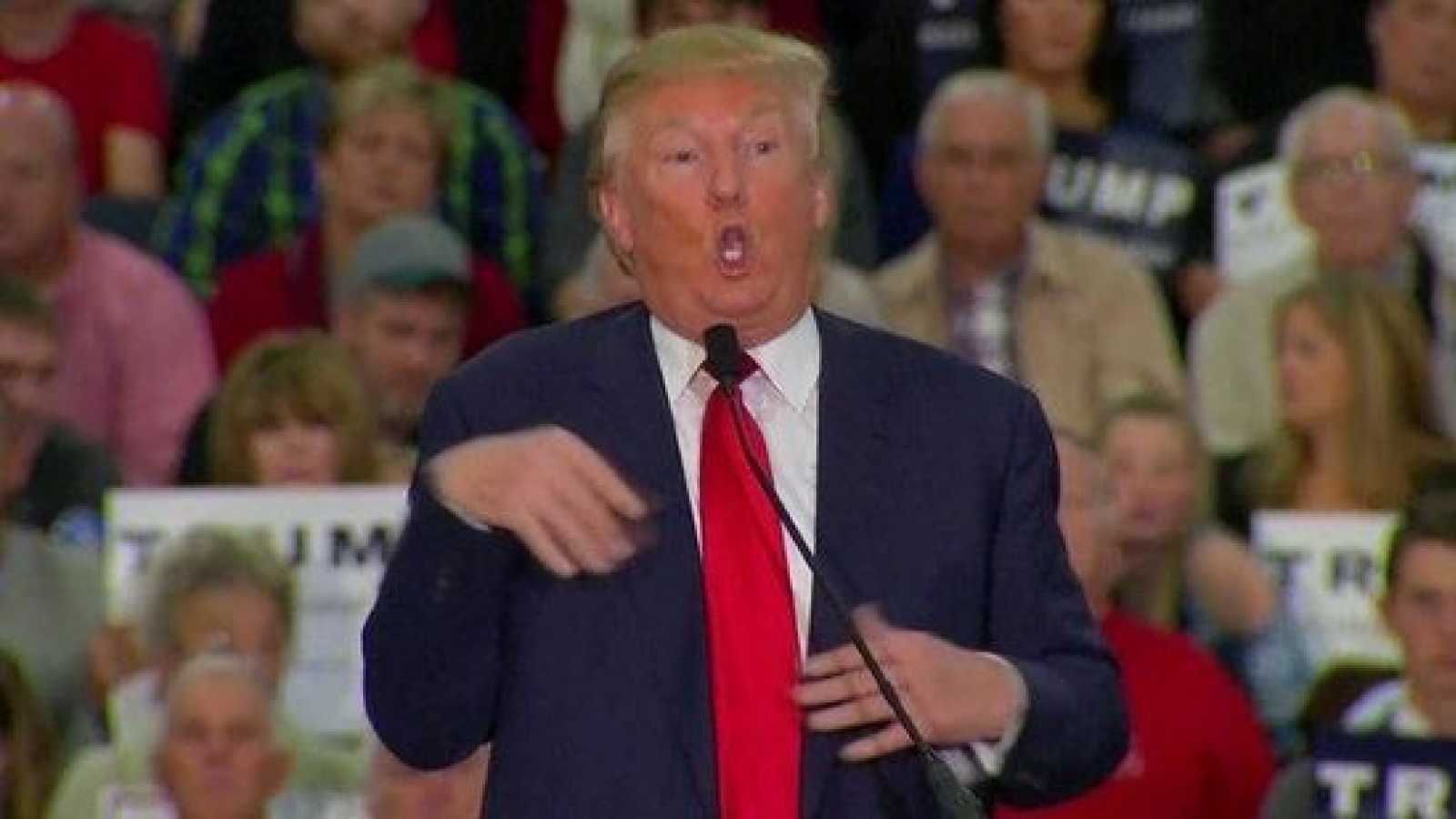 Are Tom Arnold’s claims true? Does this tape really exist, and does Trump use insulting language within it? Well… probably. Even if you account for the fact that Arnold hasn’t had a major commercial success in years and could use all of the free publicity he can get, our above rundown clearly shows that Trump isn’t above making fun of people. More specifically, it is well-documented that he has publicly insulted women, blacks, and disabled people. It certainly isn’t unreasonable to assume that the derogatory video exists.

To think that Donald Trump is about to be inaugurated as the ‘leader of the free world’ is flabbergasting. Entertaining maybe, but insane nonetheless. If the video is released and these claims are true, it’ll be interesting to see how the public reacts, to say the least. Perhaps he’ll win an award concocted by white supremacists and eugenicists. After all, in spite of all of the derogatory things Trump has spewed throughout his campaign, he won the United States presidency!