On Monday, the U.S. Supreme Court shied away from taking a stance on gerrymandering after deciding on a Wisconsin case, saying that the plaintiffs were not personally affected enough to have standing.

The judges, in essence, gave the plaintiffs the opportunity to try again in the Wisconsin appeals court they sent the case back to. Because of court precedent, the plaintiffs must show personal effects from gerrymandering, not just that gerrymandering exists in general, to sue the state.

"Certain of the plaintiffs before us alleged that they had such a personal stake in this case, but never followed up with the requisite proof. The District Court and this Court, therefore, lack the power to resolve their claims," the Court wrote.

The future of litigation on this issue is unclear, but popular opinion tends to be that gerrymandering is an unfair political strategy. If the court of lawmakers decides to outlaw gerrymandering, one thing is for certain - the political landscape will change forever.

Gerrymandering is the purposeful redrawing of congressional district lines to favor one party or group. It's so prevalent that researchers at the University of Southern California developed a game where players redraw district maps to help their party. This political strategy is part of the reason why it is so common for the same party or politician to continuously win elections.

Just look at this district in Illinois. 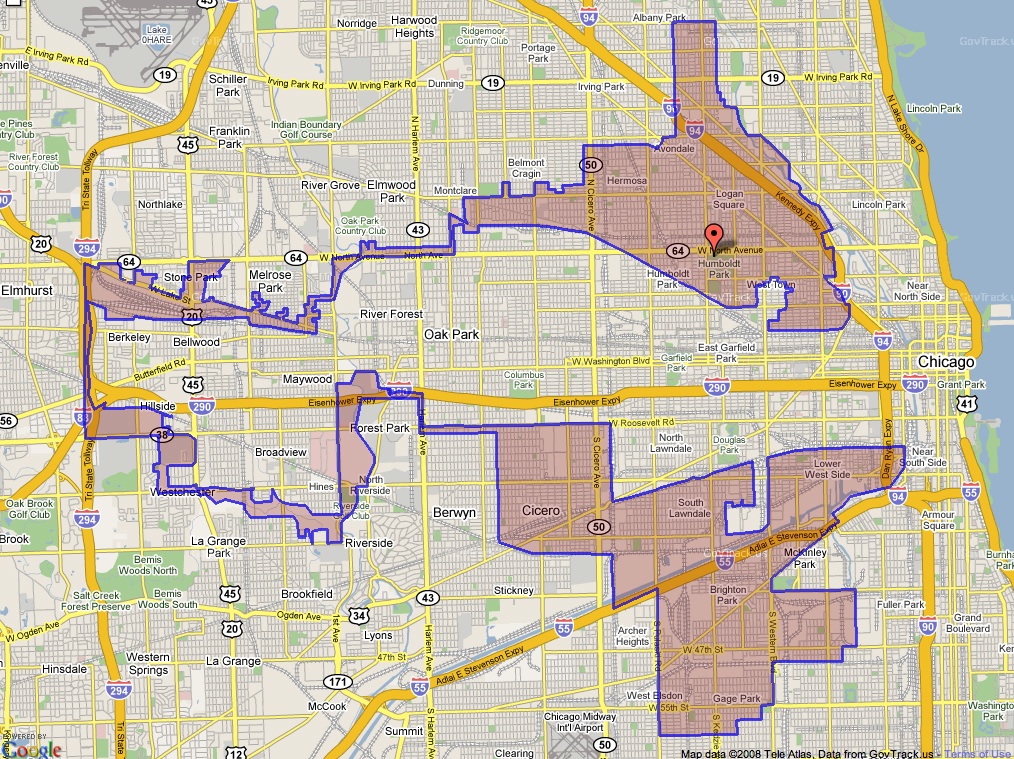 This district has been represented by the same Democratic senator since 1993, and this is because a federal court (usually state legislators draw lines, but this was a special case) decided to pack — put a group together with district lines — the district with two prominent Hispanic areas. This specific example is legal, but the same weirdly drawn districts exist with political issues in mind.

The numbers and demographics are not usually as clear as that example, but it still shows how lawmakers can remove representation from opposing political parties. Gerrymandering, in simple terms, is unfair.

Gerrymandering also has a history of racism by allowing lawmakers to crack minority groups apart to lower their voting power. The Supreme Court ruled that racial gerrymandering is unconstitutional because of the Voting Rights Act of 1965. The Court ordered that lawmakers must make districts where the majority of voters are minorities, but even this has its problems.

"These districts, rather than giving African Americans more political power, might have actually started to deprive them of it," Kim Soffen wrote in the Washington Post. "Majority-minority districts, by concentrating the minority vote in certain districts, have the unintended consequence of diluting their influence elsewhere. Experts say some Republican legislatures have capitalized on this new reality, redistricting in their political favor under the guise of majority-minority districts."

The case that Soffen wrote about was Bethune-Hill v. Virginia Board of Elections (2017). The Court ruled against the election board saying that the board drew the lines in a way that diluted the voting power of minorities. The Court, though, said race can still be a factor in redistricting, and while that is arguably a good thing, it is notoriously difficult to determine what is being done under the guise of representation, and what counts as unconstitutional racial gerrymandering.

Fixing the gerrymandering problem is not an easy task because state-level lawmakers are the ones who make changes and draw lines. That means, like most issues decided at the state level, development varies greatly from state to state.

Some states informally allow pro-incumbent gerrymandering to continue. Only states where the parties are almost equally represented can this work fairly. The parties agree to continue to allow their district to stay the way they have it. Although this works well for the majority of voters and incumbents, it can disenfranchise political minority voters and create lazy politicians.

The best solution, for now, is one that 24 states are using to some degree. These states decided to take the redistricting power away from politicians and give it to a third party organization. These redistricting commissions, as they are called, create non-partisan or bipartisan, depending on the state, districts to reduce bias.

Making this happen, as mentioned before, cannot be done without substantial effort. Asking politicians to give up power is a nearly laughable effort, and many of the states who use a redistricting commission are states that have ballot initiatives, public petitions that citizens then vote on to make a law.

Creating change has to start with making people aware of the issue. If no one knows what gerrymandering is, no one will want to make it better, and the Court may not see another case on the topic for some time.

Local activism, like many issues, will have to be where this starts. Share this article. Call your state senator. Start a petition. Getting started is not difficult. Representation has always been a fight, and gerrymandering is no different.