As if the immigration debate in Washington was not complicated enough, Senate Majority Leader Mitch McConnell (R-KY) just made it even more confusing. Instead of taking a deliberate and thoughtful step toward solving DACA for the 800,000 young people who will soon lose their legal status, he decided to open an immigration free for all on the Senate floor.

In a time where the conversation around immigration policy is shaped by the fear-mongering falsehoods put forward by the Trump administration, clarity can be hard to come by. Take, for example, the President’s insistence that the tragic death of Border Patrol Agent Rogelio Martinez last November was somehow caused by illegal immigration. Agent Martinez was killed, and his partner was badly injured in West Texas, 30 miles from the border. To date, the FBI has found no evidence that foul play of any kind was involved in the agent’s death. Local law enforcement confirmed the FBI’s conclusion that Agent Martinez’s death was caused by a tragic accident. The sheriff who responded to the accident scene believes the two agents were sideswiped by a tractor-trailer.

Despite all evidence to the contrary, the President tweeted this in response:

Border Patrol Officer killed at Southern Border, another badly hurt. We will seek out and bring to justice those responsible. We will, and must, build the Wall!

President Trump’s disdain for the facts is a valuable tool in his anti-immigrant arsenal. He stokes anti-immigrant fear so that his policies are palatable. It is in this environment dependent on fear, that Senator McConnell has decided to invite his fellow Senators to toss anything and everything related to immigration into a giant immigration potluck on the Senate floor.

When President Trump announced in September that DACA (deferred action for childhood arrivals) would expire March 5th, 2018, lawmakers on both sides of the aisle agreed that there had to be a legislative solution to protect DACA recipients. After an unsuccessful government shutdown, Senate Republicans promised an immigration debate on the floor. 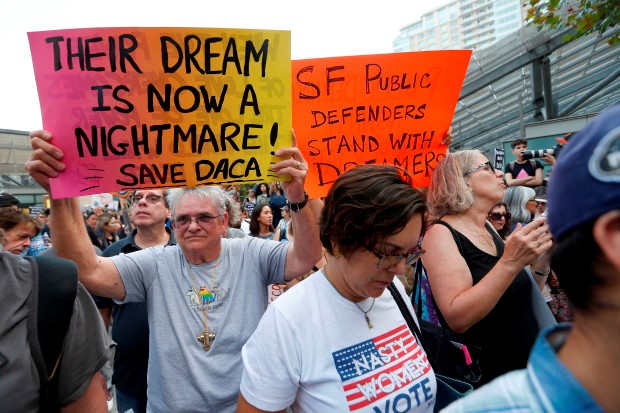 McConnell obliged, and instead of putting forward a viable bill addressing the needs of DACA recipients, the Senators will be discussing DACA, DREAMers, legal immigration policy, visa lottery programs, the wall - the list goes on. Senators will be permitted to discuss anything they wish relating to immigration. The debate is scheduled to begin five days before the Senate breaks for their February recess.

The Senate is expected to solve one of the country’s most controversial political issues, in its entirety, in five days. The fact that the DACA debate has transformed and become the “all-things-immigration” debate is sure to hurt DACA recipients. Instead of this being a single-issue conversation, it is at least a seven-issue free for all.

Immigration policy is hugely complex. Some of the issues raised in this immigration stew McConnell has cooking include, of course, what happens to DACA recipients. But there are other issues to sort out. What will happen to the parents of DACA recipients? How much money will have to be given to the President’s wall? What about the President’s deportation force focusing on interior enforcement? How about cuts to legal immigration? Who should be encouraged to immigrate? What are the congressional priorities related to changes to legal immigration?

With Capitol Hill divided along party lines, it is hard to imagine a scenario in which lawmakers will find common ground on all these issues. While protection for DACA recipients is an issue with wide bipartisan support, the bipartisanship ends there. Democrats have denounced the President’s call to eliminate family migration and other means of legal immigration. Republicans themselves are far from unified on the issues presented.

What is the cause of the immigration mess in the Senate? It certainly is not a lack of viable proposals to be presented. There have been multiple proposals put forward to address the needs of DACA recipients. The authors of those bills lobbied for their respective bills to be the place where floor debate might begin. There was not consensus as to which proposal to choose, and so McConnell chose none of the above and left the Senators to their own devices.

Debate is scheduled to begin next week. McConnell either anticipates that five days will be sufficient to solve all the immigration issues facing the nation that have been controversial for decades, or he expects the Senators to return to their home districts and face their constituents without a deal having been struck. Either way, with the March 5th deadline looming, a solution for the DREAMers seems further from reach. 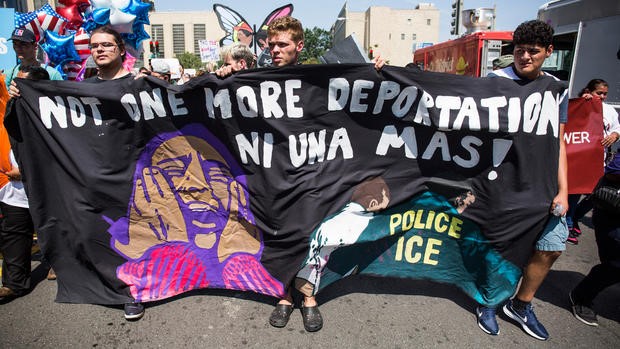 In January, McConnell made the Democrats promises to help end the government shutdown. He promised to bring the debate to the floor and that it would have an open amendment promise. His one condition, Democrats could not shut down the government again.

While McConell’s current plan to have an immigration free for all makes good on his characteristically ambiguous promise made to Democrats in January, it does not seem likely to result in a DACA deal.