It was only a few months ago when Saturday Night Live produced their skit called “Girl at a Bar,” a beloved piece in their faux-feminist audience’s intersectional circles, that showed the dreaded hypocrisy behind the “woke misogynist.” The premise simple. A woman sitting alone at a bar repeatedly approached by self-proclaimed feminist men — sneaky pussyhat wearers “not trying to hit on you or anything” — who make the obvious declarations that they’re not the bar dwelling troglodytes they seem. Only to use their feminist credentials, their condemnations of the good ol’ boys and their typical egalitarian counterparts, to take their chance at sexual advance. Where gentle declines result in the returned labels of “bitch” and complaining.

It’s a meme that should be retired if there weren’t validity to this archetype in the sexual and social marketplace. Every store has their vandal. Every encounter has their opportunist. And they aren’t the expected misogynist characters we know like Harvey Weinstein. It’s bigger than that. To use the words of Dr. Jordan Peterson, a critic of modern-day feminism and gender roles, these described opportunists are of the “sneaky” variety. “We agreed the ideal man is the man who tells the truth,” Peterson explains on his second interview on The Joe Rogan Experience. “So what are the motivations of these pathological guys who are out there bolstering up the feminists? They can’t compete. They figured out how to compete. They compete as allies. Very sneaky.”

It’s the kind of observation your typical egalitarian, such as myself, can actually agree with modern female feminists on. Even if their disagreeable conclusion is to say that “men will always be oppressors,” not the rigid and hateful gender roles and fundamentals of their ideology. There’s an honesty to the words of Nian Hu and Nona Willis Aronowitz, the writer who coined the “woke misogynist” term, who want to purge these types from the social circle. These men (who Hu and Aronowitz know all too well) that really do read Judith Butler, throw around terms like “problematic” and “intersectionalism,” pride themselves on their progressive politics, their anti-Trump and Support Planned Parenthood filters on their Facebook profiles, all the while they harass, fondle, and rape the very same women they claim to represent.

What could be more deceptively sneaky? It’s the same sneaky, cancerous behavior that’s been growing out of the film critic circles for some time. An industry that’s overwhelmingly progressive and virtue signaling, even for a sensible liberal like myself. I could imagine conservatives twisting their lips, and feminists too when they see the hypocrisy of their “allies.”

It was last week when news broke of the behavior of Andy Signore, a male feminist movie blogger for the popular media company “Screen Junkies.” 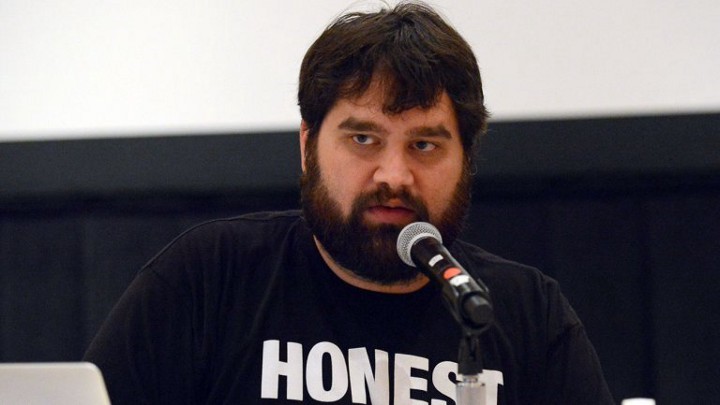 When the man isn’t on Twitter calling PewDiePie “toxic” (all because The Wall Street Journal took the YouTuber’s jokes out of context) and crying “at least I don’t disparage women like President Donald Trump,” Mr. Signore can be found assuming the position of that sneaky woke misogynist. Messaging women that he masturbates to their pin-ups, inviting women to parties only for them to find him alone at his hotel (where he planned to seduce them), and using his own personal dildo in an attempt to fondle interns and fans who just wanted a place in the movie sphere. We can toss his title as “The creator of Honest Trailers” as another form of male compensation.

Signore joined a long list of sneaky male feminists (in just the movie blogging industry alone) who prey upon the women they “speak for.” The most notorious case, involving the most annoying and opinionated subject, is former editor-in-chief for Birth.Movies.Death Devin Faraci. 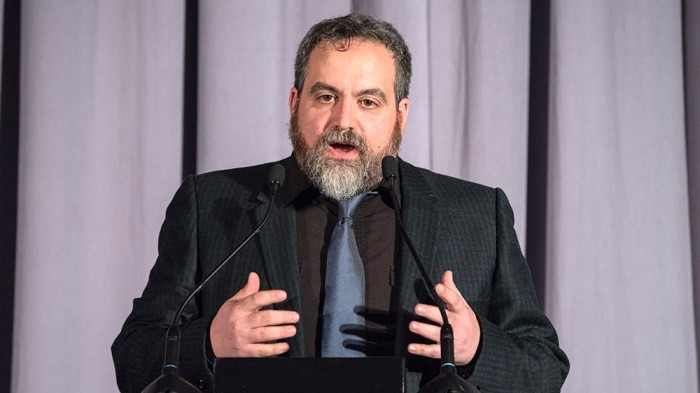 He too found himself trapped in the hypocritical virtue signaling knot when he took shots at the leaked Access Hollywood tape of The Pussy-Grabber-in-Chief, President Donald J. Trump. “The most telling thing about the Trump tape?” Faraci wrote on his now-deleted Twitter post, “He wasn’t talking with his best friends. He was boasting to a TV host.” This lead to Caroline, a writer for the film blog spacecrone, to retort “quick question: do you remember grabbing me by the pussy and bragging to our friends about it, telling them to smell your fingers?” A claim that wasn’t denied by Pussy-President Faraci who meekly stated: “I do not remember this. I can only believe you and beg forgiveness for having been so vile.” The incident resulted in multiple accusations of sexual assault and the death of his career in October 2016.

Much like The Christian Right, which saw multiple priests shipped around the world as their crimes were hidden from public opinion, and “family values” politicians screwing gays in their hotels, the role of the church will instead be played by the Alamo Drafthouse, the chain that recently conducted those illegal women-only screenings for the film Wonder Woman.

You see, Drafthouse owner Tim League found himself in the most unfortunate of situations. Not only was it revealed he had financial ties to one sexual assaulting misogynist who spits out regressive feminist talking points (evidenced in his hiring of known assaulter Faraci), but two. 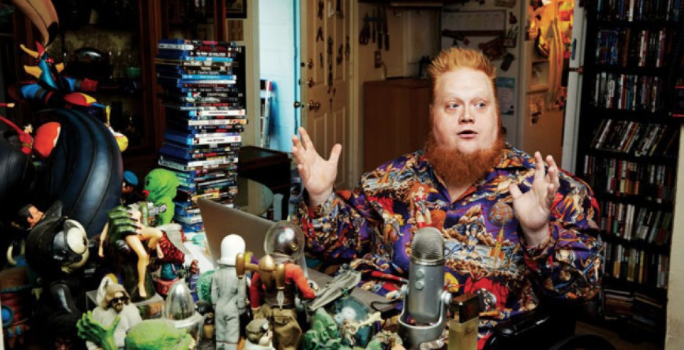 Former Drafthouse employee, Jasmine Baker, was claiming that Knowles “groped” her “opportunistically on more than one occasion.” Baker came out with these allegations saying “I cannot just stay silent. I am not interested in remaining silent.” Then, The Daily Beast published screenshots of a conversation between Knowles and an anonymous film blogger, in which he allegedly told her, “Come hither to Austin. Your eyeliner makes you look good enough to eat. Obviously I’m talking about cannibalism, baby. You can have my Vienna sausage anytime.” Knowles has denied any wrongdoing, however, Mr. League was not willing to go on the defensive, slicing ties with both men as a result of their controversies. The Austin Film Critics Association voted to remove Knowles as a member of the group.

And this is just one industry. And nowhere near as powerful as the cutthroat world in which Weinstein operated. Where men like Bill Cosby, Roger Ailes and the current President of The United States rose to superstar status on the backs of sad and kneeled women they claimed to “cherish.”

While I don’t agree with the feminist movement, one that I find to be too misandrist to want equality and littered with false narratives, I for one admire my feminist counterparts like Hu and Aronowitz for wanting their social groups purged of misogynists. They are at least admitting the problems with their members and cleaning up their house, even if I feel it’s just a house of cards ready to fall. But I feel they’re going about it the wrong way. To take Trump, for example, I agree with commentators like Jimmy Dore who broke progressive ranks and argued he’s not the real monster. He’s corrupt, no doubt, but the corruption of Washington didn’t start with him. He’s only “a symptom of the problem.”

I argue a similar approach to the gender dynamics. It doesn’t just start with Faraci and co. The problem lays in a society that is not free or sex-positive. Misogynist movements breed misandry. Misandry breeds misogyny. Making prostitution illegal, as is the case in America, breeds a wound up static culture near the violent breaking point. Social justice, the collective blame of groups, gives these men and women the thrill of “hating their oppressor” and subjecting women to their monstrous games of power.

Let’s purge ourselves of the toxicity games. Men and women are similar and different. We’re a complicated mix in society. But the best society is one that’s free to do, say, think and screw with liberation and yet has individual order. We must reject these individuals who dare tarnish that free society they only want for themselves, as they send us back to the fearful, restrictive days of blaming the skirt and not the rapist. An egalitarian value structure will never blame the skirt.

But until we get there, Nian Hu has wise words — “beware the male feminist.”