If the Trump administration are somehow representatives of the alt-right, where a culture of bigotry against Jews is considered the norm, their latest federal crackdowns on anti-semitism show the government don’t appear to be committed racists – or at least consistent ones. According to new reports from The New York Times and The Washington Post — frequent critics of the president’s “racist” agenda — the Department Of Education (DOE) has decided to reopen its seven-year-old case into alleged anti-Jewish abuse at Rutgers University, where a Zionist group claimed students were charged a “discriminatory fee” in order to attend a campus event critical of Israel’s foreign policy against Palestine.

The 2011 campus event, titled “Never Again For Anyone”, was advertised as being free and open to the public, while witnesses told federal investigators that a $5 fee was imposed for entry before the event started. Whether this was exclusive to the Jewish attendees is unknown. The university claim this was a universal attempt at crowd control, while the Zionist group thinks this small fee was essentially a religious tax to block attendees.

The move to investigate was reportedly organized by Kenneth L. Marcus, the assistant secretary of education for civil rights and an alleged critic of Palestinian causes, who decided these claims of a “toxic anti-Jewish environment” on the university campus deserved a federal inquiry. This doesn’t come without its concerns, however, as the government used their highly questionable definition of anti-semitism, also used across multiple federal departments and in The Anti-Semitism Awareness Act, which inaccurately conflates critical expression against the state of Israel with hateful expression against the Jewish people. 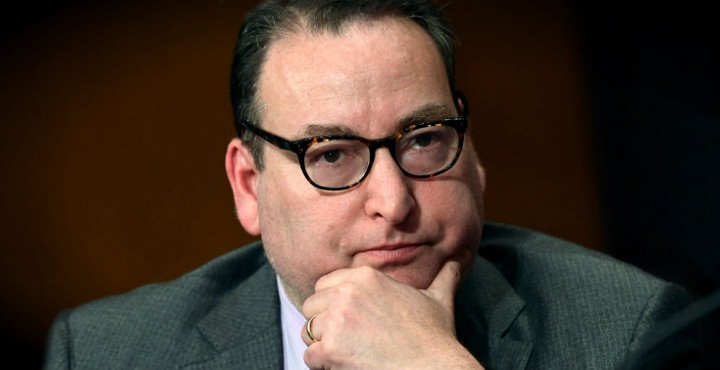 In his August 27 letter addressed to the Zionist Organization of America, which was obtained by The New York Times, Marcus told the group he would be overturning the 2014 decision by the Obama administration through a thorough re-examination of the conservative Jewish group’s grievances. It was Elizabeth Hill, a spokesperson for the DOE, who stated while Marcus’ branch doesn’t exactly have jurisdiction over religious discrimination, the office “aggressively enforces civil rights law which prohibits discrimination on the basis of race, ethnicity or national origin.”

Speaking with the Times, Hill said that Education Secretary Betsy DeVos “has made clear that O.C.R. will look at the specific facts of each case and make determinations accordingly. The facts in this case, many of which were disregarded by the previous administration, are troubling.”

The Zionist group immediately hailed the department’s actions in their official statement released to the Post: “This definition accurately addresses how anti-Semitism is expressed today; it recognizes that Jew-hatred can also be camouflaged as anti-Israelism or anti-Zionism.”

A spokeswoman for Rutgers told the newspapers that their university had not received official notification from the Education Department about an investigation, but said “There is no place for anti-Semitism or any form of religious intolerance at Rutgers. As always, we would certainly cooperate with the Department of Education should they decide to review the decision.”

That decision could find potentially offensive views, according to the current government definitions, as activists that are “denying the Jewish people their right to self-determination”, “claims that the existence of a State of Israel is a racist endeavor”, “applying double standards by requiring Israel to adhere to a behavior not expected or demanded of any other democratic nation”, among others. “In cases such as this, it is important to determine whether terms such as ‘Zionist’ are actually code for ‘Jewish,” Marcus wrote. This means that commentators who acknowledge Israel’s status as an ethnostate could also be marked down as the racist bigots… for just opposing or labeling a nation-state’s bigotry.

Initially, the case presents itself as old drama where the social justice warriors of each political aisle are fighting over $5 to attend a college event,  both seeking to appear to be the actual anti-racists in the room. Beyond this is a threat to freedom of speech on college campuses not from the stereotypical snowflakes (which do exist), but from a right-wing government that now, all of a sudden, is playing the social justice hero in problematic fashion.

You don’t have to be a thought-leader for the alt-right, be it a Richard Spencer or Jared Taylor, to discuss the debatable merits of an ethnostate, let alone to discuss whether Israel is the mono-racialized country its critics claim. There are left-wing critics from the Palestinian movement who are concerned these broad definitions falsely brand their cause’s very existence as an anti-semitic venture, now unworthy of freedom of speech because their argument of experiencing anti-Muslim bigotry is now anti-Jewish.

“Marcus is sending a clear signal that attacking free speech for Palestinian rights is at the top of his agenda,” Dima Khalidi, director of the pro-activist Palestine Legal, told the Post said in a statement. “This is a perverse use of government resources.”