There’s a newly released Harvard-Harris poll that confirms what the Democratic base thinks of their elected leaders: they absolutely hate them.

Out of a total of 2,159 respondents, a 52% percent majority of Democrat-leaning voters say they support “movements within the Democratic Party to take it even further to the left and oppose the current Democratic leaders.”

This is echoed by an overwhelming 69% majority of young Democrat voters, between the ages of 18 and 35, who believe that the party is no longer left and only support movements that cater to these desires.

When asked about the Democrats’ strategy on “Trump-Russia collusion,” coming after the revelations regarding the Clinton, DNC funded dossier, nearly two-thirds of all respondents felt the current investigations, to quote Mic.com, “are hurting the country more than helping.”

For registered Democrats, a 51% majority felt the investigation was helping, whereas the other 49% argue it hurts the nation.

Current party leaders Nancy Pelosi (D — CA) and Chuck Schumer (D — NY) only have a national approval rating of 30% and 25%, which is worse than Vice President Mike Pence 45% and former Exxon Mobile CEO and the current Secretary of State Rex Tillerson at 32%. 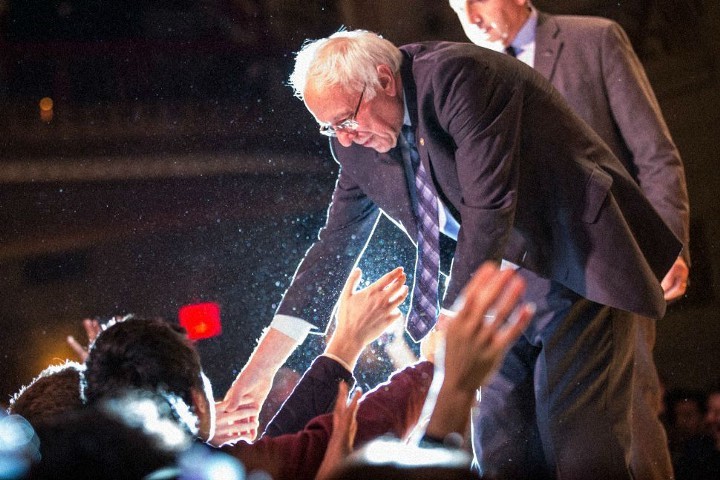 These numbers pale in comparison to Independent Senator from Vermont, Bernie Sanders, who continues his eighth month straight as the most popular American politician in the country. Among Democrats, Sanders has a staggering 79% approval rating nationwide, with only 13% finding the man to be unlikable. This is a 19% increase in the senator’s favourability among Dems since a Harvard-Harris poll this April.

What should strike at left-leaning voters the most is Sanders’ ability to pull in crossover voters. Sanders is by far and way the most electable thus far with a 55% favourability nation-wide, as well as his ability to connect with 55% of Independents and 22% of Republicans.

Candidates can’t win with their base alone, and the failed campaign of last year’s Democratic nominee Hillary Clinton is no exception to his rule. 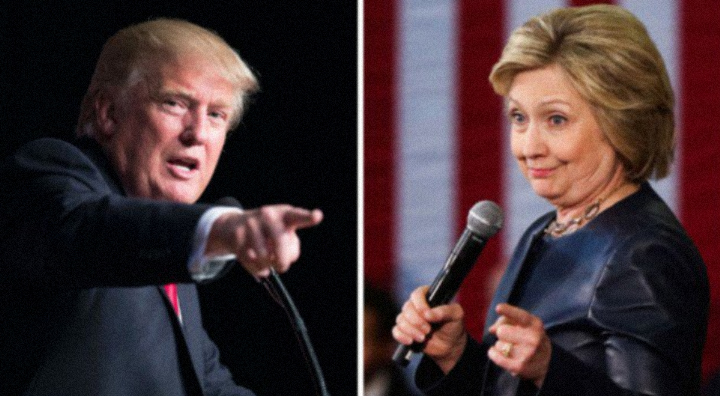 In the same poll, Hillary Clinton is tied with current Republican President Donald J. Trump, both sporting a 56% unfavourability overall, despite her rival having ten months in office as the most unpopular candidate in American polling history.

When faced in a head to head match up against Senator Bernie Sanders, the former Secretary of State is outshined in every single demographic. 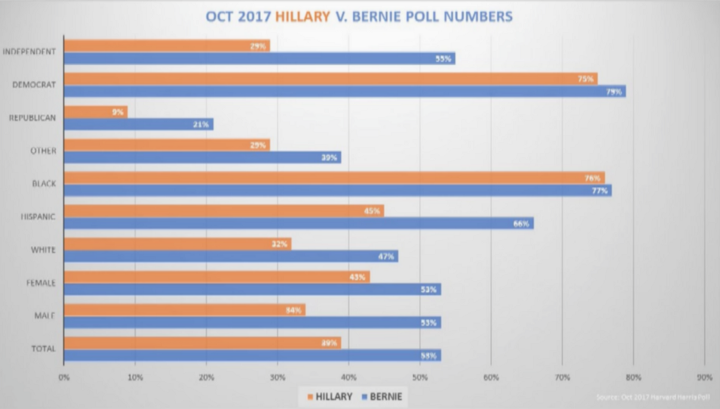 Hillary bleeds a 26% deficit among independents, 15% among Republicans, 11% among the Hispanic voting bloc, 10% among the white working and middle class, 9% among all female voters (I suppose not all of them are with her, after all) and even with her closest victory being a near statistical tie among black voters, Sanders still wins by 1%.

It may seem appropriate to use the Clinton wing’s critiques of Bernie Sanders back on them: she is just unelectable, and it’s not because she’s too left-wing.

Sanders was also placed in a head to head poll against current Republican leader Mitch McConnell (R — KY), one of the most right-leaning senators in America, who currently ranks as the least popular politician nation-wide. 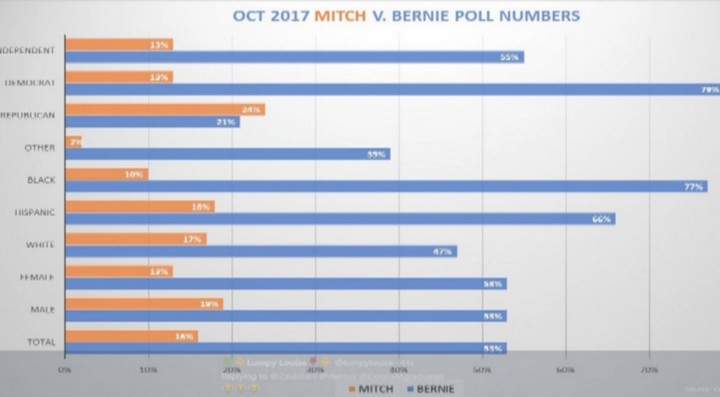 In an election, McConnell would be bleeding a 42% deficit among Independents, 67% among Democrats, 57% among unlisted demographics, 48% among Hispanics, so on and so forth, only beating Sanders in a near statistical tie among Republicans by a 3% margin. It’s frankly just a sad sight for the Republican so often compared to a turtle.

The results give legitimacy to leftist criticisms towards the Republican and Democratic establishment who view the parties as too right-leaning, feuding too much with the current administration and not fosuing enough on leftist policies that are adopted by the left and right around the world from universal healthcare, common sense student loan policy, and affordable prescription drugs - all identified in the platform of Senator Sanders.

Whether The Democratic establishment cares is another thing. The poll comes at a time when the Democratic National Committee has brazenly kicked out many in the “Bernie-wing” of the party. DNC leader Tom Perez cite that this was actually done to include more minorities, despite kicking out minorities who just happen to prefer Sanders. An obvious lie on their part to take power for the unelectables.