Abortion is a crime against humanity. Might as well come out and say that right away. Only people divorced from modern politics could come to a pro-choice conclusion, when faced with the realities of ending a pregnancy. A human life is growing- at their most vulnerable stage- only to be ripped from their mother's womb and discarded as trash.

Worse yet, his or her body parts are often sold for scrap to pharmaceuticals.

Yet we allow this in the United States of America- the land of the free and home of the brave. A land that brags about its civil liberties and freedoms granted for all allows the heinous practice of ending human life, simply for convenience.

Since Roe v Wade it has been legal for women in America to end the life of their unborn child. Although, as you can imagine, this is a distasteful and disagreeable situation for many Americans. You see, it's very hard to convince someone that ending a life- for any reason- is acceptable.

So the abortion lobbyists (i.e.: liberals) have fought a long war of indoctrination in the hopes of justifying the terrible practice of abortion. For decades they have tried to spin abortion as some kind of positive thing. It's not a violation of human life, no! It's about protecting women's bodies!

Yes, that'll get the mindless feminists to agree with us. Forget the fact that abortion doesn't just affect the body of the mother, but the entire body of the unborn child- many of whom are female. When you break down the logic, this idea that abortion is actually good for women's rights doesn't hold water.

Yet as time marches on, entrenched pro-choice activists have invented new ways of justifying this barbaric practice. Even today, in 2017, when there are a plethora of alternatives- from many means of preventing pregnancy to placing a child in a loving home when a mother cannot support them- we still think it's necessary to indulge in a practice that extinguishes human life.

This, by the way, is a practice defended by people who will often fight for animal and environmental rights. But they refuse to extend the same decency they grant baby seals to baby people.

The result has been a political agenda that is so callous, they've forgotten the basic principles of human dignity and the sanctity of human life. This is a party that not only thinks abortion is necessary, but celebrates with cheers when a person announces they had one.

There's only one term for that kind of toxic thinking: moral bankruptcy.With the election of Donald Trump to the White House, abortion in the United States might become a thing of the past. Already he reinstated the Mexico City Policy, which prevents U.S. taxpayer dollars from fund abortions overseas. He announced during his campaign that he would appoint pro-life judges to the Supreme Court who will overturn Roe v Wade. His first selection, Neil Gorsuch, is most likely pro-life based on his views. If more Justices retire, you can count on more pro-life replacements.

Trump has also made it clear he plans on defunding Planned Parenthood, an organization that masquerades as a provider of health care for women, but whose real priority is providing abortions.  Their goal of performing abortions is so transparent, that they set abortion quotas for their clinics.

The truth is, Planned Parenthood needs abortion because it accounts for 86 percent of its revenue. As the Washington Examiner's Philip Wegmann put it last week, "[L]ike a butcher that doesn't sell steak or a fast food restaurant that doesn't sell burgers, Planned Parenthood couldn't stay in business without offering abortion." (via The Washington Examiner)

It's clear that in the coming years, President Trump and his conservative leadership will make headway in limiting abortion in the United States. Regardless of your stance on the issue, that's a fact.

But we've had abortion in our country for decades, which means there are politicians, lobbyists, and companies who will suffer financially if it is outright banned, or at the very least, limited. What has been their recourse in recent days? Only to expose their shocking lack of morality and complete bankruptcy of human decency.

The Congressional Budget Office’s (CBO) report on the House Republicans’ healthcare plan says the included provision to defund Planned Parenthood would result in “additional births stemming from the reduced access” to “services that help women avert pregnancies.” (via Breitbart)

OH MY GOD! More babies are going to be born!? What a terrible sin against humanity! This is how one of them put it:

GOPcare's ban on Planned Parenthood would result in loss of healthcare to many in rural/low income areas; thousands of births would result.

So "health care" in her book means cheap or free abortions. And the terrible result of that is more people being born?More humans on the earth is only a bad thing if A) you're a sociopathic monster like Ted Turner who believes the population should be reduced, or B) you're a Socialist who wants to create a government-run society. More people means a bigger bill for people like Cathleen Decker to pay. She doesn't want all those undesirable "rural" types to have babies she'll end up supporting with her tax-funded education, food stamps, government housing, health care, and Welfare. God forbid!

You see, when you try to reshape America into a Communist's wet dream, people no longer become people. They're just a number to be crunched, a burden on the system. Not a joy to a family, the opportunity for a new life to discover the world and chart their destiny.

Here's a little bit of old wisdom for you about human life:

As arrows are in the hand of a mighty man; so are children of the youth. Happy is the man that hath his quiver full of them: they shall not be ashamed, but they shall speak with the enemies in the gate. (Psalms 127:4-5).

In ages past having lots of kids was considered a blessing. The greatest expression of love between a man and a woman was in their children. Children were an opportunity to pass on their knowledge, wisdom, and love. The greatest joy of a parent was to see their children thrive and succeed.

But today we view children as a financial burden, a crisis to our unfettered and carefree lifestyles. We want the sex, but not the commitment or responsibility. Which is why we have nonsense like this being produced: 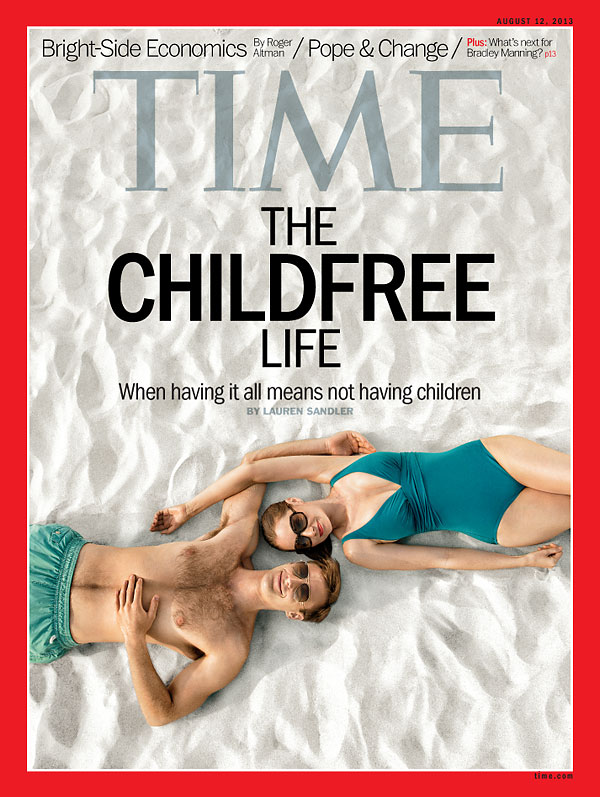 If there was ever an image that marked the end of a society, it is that.

It only gets worse from there. Recently a Texas lawmaker has exposed her callous attitude toward pro-life supporters by submitting a farcical bill that aims at mocking our core beliefs.

In an attempt to paint pro-life legislation as sexist, Farrar introduced a "satirical" measure to fine men $100 for their "masturbatory emissions." The bill cites each "emission" outside of a vagina "an act against an unborn child, and failing to preserve the sanctity of life..."

It gets even more nonsensical: The bill also states that doctors could refuse to perform vasectomies based on moral grounds, which is moronic since the equivalent of a vasectomy is a female getting her tubes tied. Doctors can and have refused to do both, because that's how the free market works. So, (1) this is not the same as abortion, and (2) there is no sexist component. (via The Daily Wire)

The left's complete disregard for human life has resulted in a complete breakdown of basic appreciation for our most vulnerable. Farrar is so entrenched in her pro-choice views that she has no problem wasting time and resources to submit a fake law just to shit all over the beliefs of millions of people.

This kind of attitude can only come from people who have destroyed any notion of conscience, in favor of political power or financial gain.

It gets even weirder from there. It seems that Planned Parenthood is jumping on the transgender/social justice warrior bandwagon, which will only cement their demise.

Planned Parenthood has raised more than a few eyebrows with a tweet declaring that “cisgender women aren’t the only people who need abortions...”

The link in that tweet leads to an article that reads, “do you think only women need access to abortions and reproductive healthcare?”

It continues, “that’s the common assumption – and it shows up in so many conversations about reproductive rights.”

“But the truth is that there are transgender, non-binary, and gender non-conforming people who need abortion access, too – and society’s assumptions about gender are making that really difficult.” (via Milo)

I don't even have words to describe the level of self-induced stupidity this showcases. Abortions can only occur when there's a real uterus, containing a real fetus. Transgender issues don't even come into the discussion. But woe until the transgender community, if they don't attach their stupid, toxic, and downright insane ideology to every pressing issue in our society.

The fact that Planned Parenthood supports this notion proves they're not interested in protecting the "reproductive rights" of women, but pushing a regressive left agenda in our culture and politics.

All the while ignoring the rights of unborn girls and boys.

The bottom line? Pro-choice supporters have been fighting to protect an evil practice for so long, they can no longer distinguish right from wrong. They don't understand why Americans would want to fight for the rights of unborn people and even mock them. They are so entrenched in their Socialist goals, that human beings are merely a burden.

It's high time their influence in America is extinguished.