Neo-Nazi Group Linked To At Least Five Murders In The U.S.

Beware the autistic monsters lurking in the shadows.

Over the past two years, a paramilitary Charlie Manson-obsessed Neo-Nazi organization has been linked to five murders and an attempted bombing plot within the United States, according to an investigative report from ProPublica. 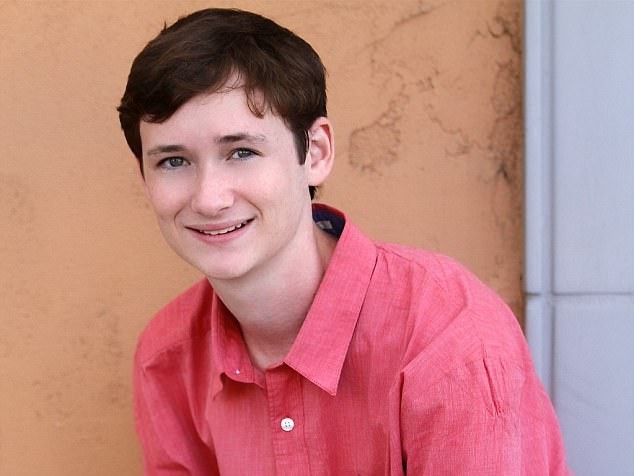 Once a University of Pennsylvania sophomore, state police began looking into whether Bernstein’s case was a motivated hate crime. Speculation escalated once they arrested Samuel Woodward, Bernstein’s 20-year-old former classmate who has connections to a militant anarchist group known as The Atomwaffen Division — German for the “Atomic Weapon Division.”

Founded in 2013, the relatively new organization has self-described their agenda on their website as a “revolutionary national socialist organization centered around political activism and the practice of an autonomous fascist lifestyle.” The Anti-Defamation League cites their actions as “preparing for a race war,” noting they have 80 members nationwide with “terrorist cells in the states of Colorado, Florida, Illinois, Massachusetts, Pennsylvania, Texas, Washington and Wisconsin.” Their targets are minority communities including “LGBT people, Jews, Muslims, and African Americans.”

ProPublica journalists A.C. Thompson, Ali Winston and Jake Hanrahan quote three sources close to Woodward, informing the non-profit newsroom that the man joined the hate group around 2016, where he attended a three-day Texas training camp teaching Neo-Nazi members the use of firearms and close-quarter hand-to-hand combat. Also discussed at the camp were the group’s rather ambitious plans of “overthrowing the U.S. government through the use of terrorism and guerrilla warfare,” something also advertised on their website.

Pictures, provided to Haaretz.com, show Atomwaffen Division members draped in skull masks, doing the Nazi salute and a mock-photo of Woodward pretending to curb stomp another man into the ground: 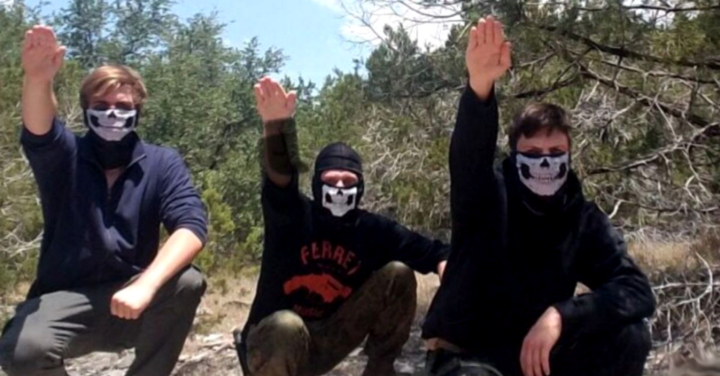 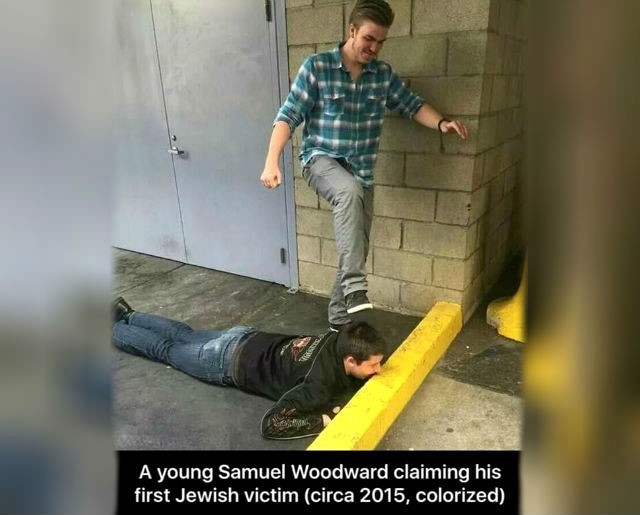 This is an obvious reference to the 1998 crime film American History X in which Hollywood star Edward Norton, playing the tattooed neo-Nazi Derek Vinyard, forced a black man to bite the curb before crushing his head to death. 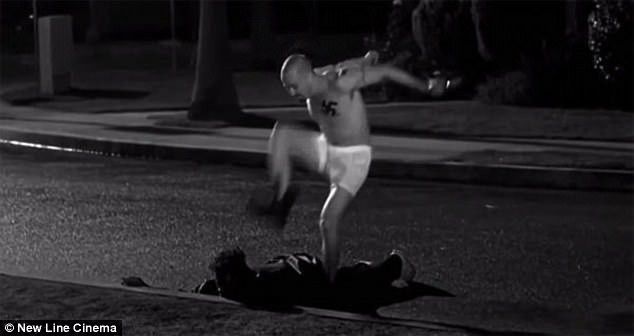 The Atomwaffen Division makes it clear they’re against what they describe as “faux-activism” and “keyboard warriorism,” telling Neo-Nazis they’re a radical organization bent on tangible destruction in the real world.

“Joining us means serious dedication not only to the Atomwaffen Division and its members, but to the goal of ultimate uncompromising victory,” the website says. This means only those willing to get out on the streets, in the woods, or where we maybe in the world and work together in the physical realm. We often go hunting, adventuring, and a group favorite is urban exploring.”

On an affiliate YouTube page — which has been marked as “extremist content” and has been placed in a limited state giving the group no like-dislike bar, comment section or page name, due to the platform policies we’ve explained on TrigTent — a video has surfaced showing these military-apparel-donned, skull-masked Neo-Nazis exploring the American mid-west forest for their training at the “Doomsday Hatecamp.”

Their arms are emblazoned with a black shield and a white nuclear symbol, a representation of the Atomwaffen organization in all their propaganda. Their footage showcases the burning the United States’ Constitution, the communist red hammer & sickle flag, followed by the pouring out of drinks “for the martyrs now and the martyrs yet to come.” Oh, and there’s both a Dracula and dubstep score over it, concluding with the phrase “join your local nazis!”

What goes surpasses cringey and goes to downright disturbing is their murder record, with Woodward now the fifth link the organization has to the murder of American citizens nationwide. As reported by a journalist for The Washington Post Amy B. Wang in May 2017, former Neo-Nazi turned Islamist Devon Arthurs, 18-year-old, was arrested by police in Tampa for the murder of his fellow Neo-Nazi roommates 22-year-old Jeremy Himmelman and 18-year-old Andrew Oneschuk. 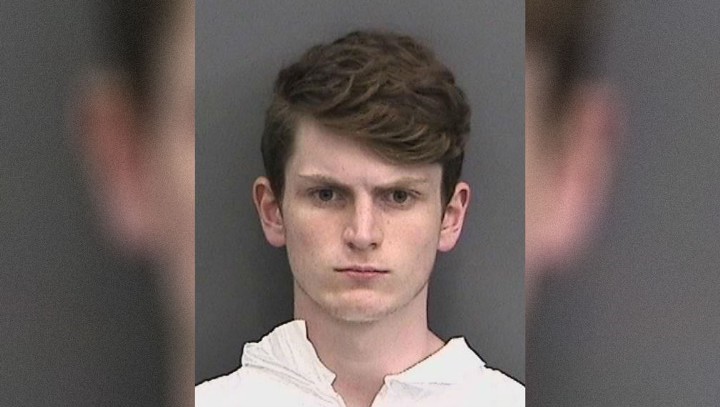 Arthurs reportedly told police after their murders “all of them had been friends with a common neo-Nazi belief.” Now a radical Muslim, he revealed to Tampa police both Himmelman and Oneschuk were involved in the planning of several potential terrorist attacks, noting one scheme to bomb a South Florida nuclear power plant, though not providing any other names or devices.

Outside the apartment, a fourth roommate, 21-year-old Brandon Russell, was “crying and was visibly upset,” according to police speaking to Wang. “He doesn’t know what’s going on and just found (the two dead roommates) like you guys did,” Arthurs told police.

The article notes how one bedroom, said to belong to Russell, was filled with multiple firearms, ammunition and “Nazi/white supremacist propaganda,” such as a framed picture of Oklahoma City bomber Timothy McVeigh: 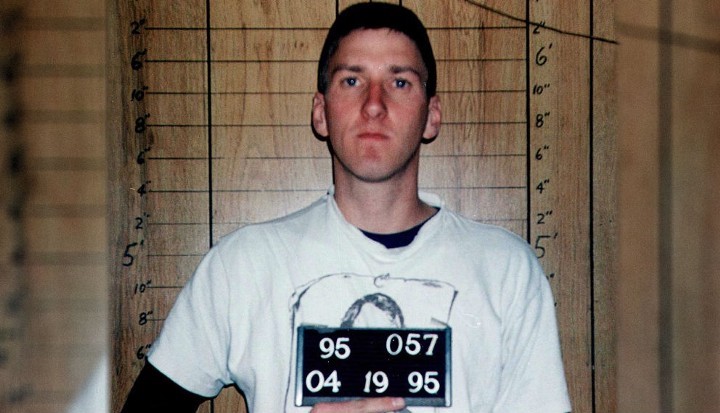 Russell admitted to investigators he was a “national socialist” who also belonged to the Atomwaffen Division, and was subsequently arrested for possession of an unregistered destructive device and the unlawful storage of explosive material after being found with hexamethylene triperoxide diamine (HMTD), a chemical compound Russell said belongs to the engineering club at the University of South Florida to which he formerly belonged. 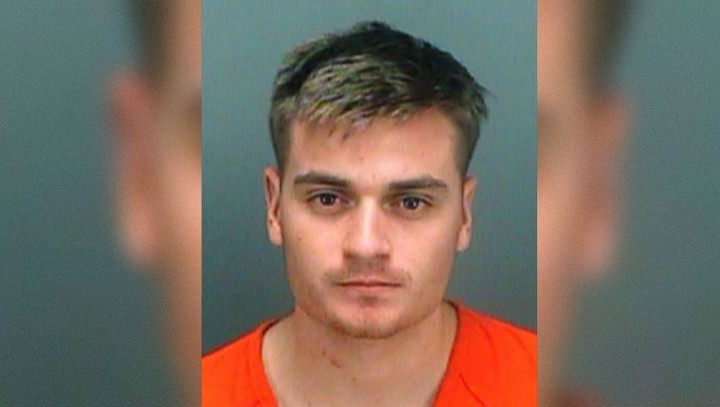 Russell attempted to defend himself by claiming he was using it for class, to quote “boost homemade rockets and send balloons into the atmosphere for testing.” An FBI agent told The Post “based on my training and experience, HMTD is too energetic and volatile for these types of uses.”

Atomwaffen is also believed to be in connection to the double murder of 43-year-old Buckley Kuhn-Fricker and 48-year-old Scott Fricker in Reston, Virginia late last December. 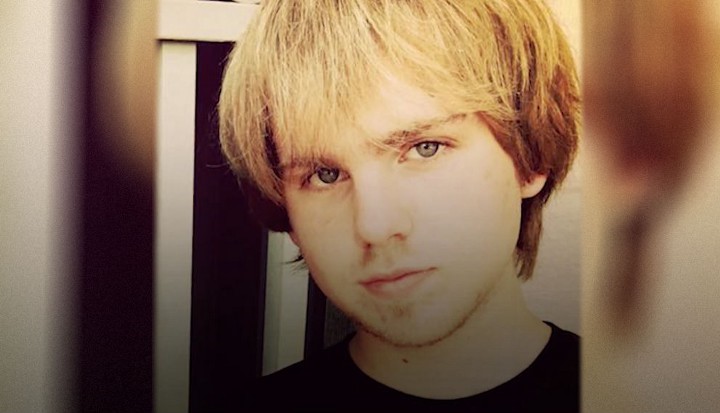 Huffington Post writers Jessica Schulberg and Luke O’Brien were able to track down the Twitter account of Nicholas Giampa, a 17-year-old who went by the pseudonymous name Kevin Gallo and the oh-so-scandalous username of @doctorpepper35. There he would frequently post standard alt-right memes and references to his love of Nazi ideology.

HuffPo was able to make the connection through a post Giampa made three months before the shooting — praising the book Siege authored by James Mason, a neo-Nazi devotee of mass murderer Charlie Manson. This is significant because the book was out of print until the 1992 book was republished by… you guessed it, the Atomwaffen Division.

Giampa appears to have also retweeted praise for the book The Turner Diaries, William Luther Pierce’s white nationalist novel which we can essentially be described as “Baby’s First Reich.” The book is frequently found on the bookshelves of radical domestic terrorists who also happen to be white and racist.

And now autistic, it appears.

Giampa happened to be dating Kuhn-Fricker’s 16-year-old daughter at the time, described by family members as the kind of person her parents were trying to keep away from the house. The couple met when both attended the same private school for the mentally disabled, with Giampa’s family members admitting the boy was struggling with mental illness “for years” and was “on the spectrum” for autism.

It begs the question: what leads these kinds of people — who fall into the heavily socially awkward, the mentally challenged, the hateful, the bombastic, the deranged and violently theatrical — to join Neo-Nazism?

Discussed by both The Daily Wire’s Editor-In-Chief Ben Shapiro and clinical psychologist Dr. Jordan B. Peterson on a recent episode of the Rubin Report — both often smeared as a Neo-Nazis despite one being Jewish and the other a Catholic centrist who has frequently condemned the alt-right and Hitler as quote “actually being worse than he has ever been described”— this kind of draw towards dominance, on both the radical right-wing and the left-wing, appears to spawn from a “postmodern, nihilistic” search for power when we’ve lost meaning — even when that power takes the genocidal form.

Peterson: “What happens if we can’t have a conservation across groups?”

Shapiro: “Then we just fight for dominance.”

Peterson: “That’s exactly ri — well, that’s the postmodern worldview, is that’s all we’re doing [playing identity politics]. It’s like… fine, but you’re opening the door for the radical right-wingers cause they’re gonna come in and say ‘Okay, no problem, we can play identity politics… but I’m not losing. How about that?’ And [the left will] say ‘That’s not how the game is played. You’re meant to be guilty.’ They’ll just say ‘No, sorry, I’m not going to be guilty. I’m going to be dominant’.”