Nazi Sympathizer Threatens To Go On Shooting Spree At CNN

Late last Friday, federal authorities arrested — and immediately released — an avid supporter of Adolf Hitler after 22 threatening phone calls were made to CNN studios detailing how employees would fall victim to a mass shooting.

“You are going down,” the caller said, according to court documents verified last week by ABC News, proceeding to take time out of his Nazi fetish scouring on /pol/ to leave racist, antisemitic slurs over the phone.

“I have a gun and I am coming to Georgia right now to go to the CNN headquarters to fucking gun every single last one of you,” he continued. “I have a team of people. It’s going to be great, man. … You gotta get prepared for this one, buddy. Fake news! I’m coming to gun you all down.”

Once CNN alerted law enforcement, the FBI traced the calls back to Brandon Griesemer, a 19-year-old former grocery store clerk from Novi, Michigan who, quite honestly, looks like the biggest “cuck” to ever aspire to man a gas chamber: 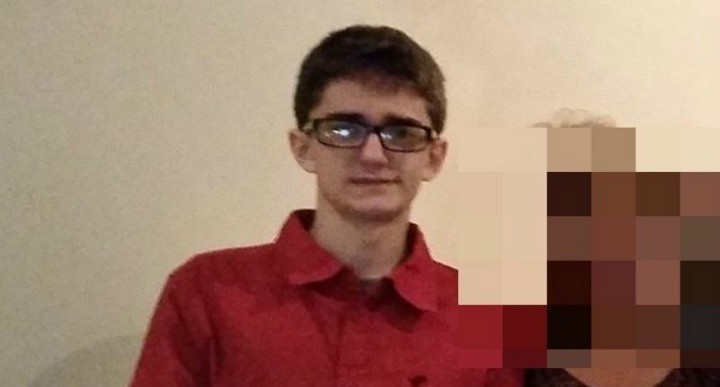 In US District Court last Friday, Griesemer was charged with “transmitting interstate communications with the intent to extort and threat to injure,” according to CNN updates. He was released the same day on a $10,000 bond.

In those court documents, Griesemer is apparently a repeat offender, making similar threatening phone calls to the Islamic Center of Ann Arbor around September 2017. In that instance, the caller left several threatening comments vilifying the mosque and Muslims in attendance before he would hang up.

Speaking to Anthony Luongo, a former classmate of Griesemer during their same graduation year at Novi High School in 2017, The Chicago Tribune discovered the boy was avidly “influenced” by Adolf Hitler.

In their original article, Luongo described several instances in their first weeks of school where he noted that Griesemer was “openly, shamelessly” reading Hitler’s autobiographical manifesto “Mein Kampf” before classes would begin.

He assumed his reading was for educational reasons, not for the support of the former Nazi leader’s views, at least until an alleged conversation between other students where Luongo heard Griesemer say he quote, “kind of identified with the Nationalist Socialist Party.”

Luongo overheard another argument between Griesemer and other students where he said “that the Holocaust was exaggerated,” though failed to give a number as to how many he thinks died in the genocide. The article lays out how Griesemer believed the Holocaust did occur, “though the extent was not as bad as reported and believed by everybody.”

According to The Southern Poverty Law Center — which should be taken with their grain of salt — this kind of argumentation is, in itself, an odd form of holocaust denial used to “rehabilitate the German Nazis’ image” and make their ideology “more acceptable.”

Why this is so odd is that it both affirms and undermines the Nazi ideology all at once. Nazis admit they have a distinct hatred for outsiders to the supposed “master race,” often making memes and threats about their desires for the genocide of ethnic groups, yet claim the holocaust killed less than what their critics cite. By this token, these Nazis must think those Nazis were worse at being Nazis than even the critics of Nazism believe.

But even then, in spite of their ironic denying of the statistics, they’re ready to pick up rifles and start a violent war. This time on the mainstream media —who they love to theorize about being universally controlled by their favorite targets, the Jews — with their particular eye on CNN.

CNN prime-time host Don Lemon, a frequent critic of the current Republican president, placed blame for the threat squarely at the feet of Trump and his tweets:

“This is what happens when the President of the United States, Donald Trump, repeatedly attacks members of the press simply for reporting facts he does not like,” Lemon said on his Tuesday night program, believing he, like fellow network anchor Jake Tapper, was speaking to “an audience of one” — Trump.

He continued: “The caller who threatened to kill CNN employees made this threat using these words: ‘Fake News.’ I wonder where he got those words. Some very dangerous people are listening to you.”

Already Lemon’s framing is off, picturing this virtuous entity of the media as the straight-shooting hero, using facts, reason, and logic against the big mean president who runs away screaming “fake news.” It’s a black and white, good versus evil fiction that Joseph Campbell could have written himself. It’s hardly an accurate portrayal when it comes to politics. It’s a two-way toxic relationship of “attacks” between the president and the network.

If we scour through the president’s tweets, over two dozen CNN-defined attacks have been aimed at the network.

President Trump has labeled senior White House correspondent Jim Acosta “crazy,” telling him in a press conference after his inauguration that he, as well as his organization, are “fake news.”

Is this an unfair accusation? Or just a very strong criticism? The argument could swing both ways. Take their coverage of the Black Lives Matter Milwaukee Riots. In one segment, they showed a small clip of a girl “calling for peace” in the city, shortly cutting away…only, if you wait five seconds, they cut the section where she does exactly the opposite.

Instead, she was telling violent protestors to “take that shit to the suburbs,” made up of predominantly white residents. “Burn their shit down,” she screamed, oh-so-peacefully explaining “we need our shit.”

And this Clinton-bias — the network being nicknamed “The Clinton News Network” by the president himself — extends to other cases. Everything runs smoothly when CNN criticizes the president, as to be expected. When the target is Clinton, suddenly microphones and footage are nowhere to be seen, with critics of the former first lady being cut off before the point is made:

CNN has been Trump’s favorite media outlet to hate, and understandably so. In the GOP released “Fake News Awards,” the president listed four instances where the media misrepresented the facts, resulting in the people watching hounding the president.

Deadline reports that threats against the network’s personnel increased since the President of the United States began criticizing the network, but to say it’s one constantly lying man against an incompetent media, heading into their own vicious war of estates, would be more accurate.