While the nation remains focused on the latest White House staff troubles and developments in the Russia investigation (as well we should), the President is quietly eviscerating protections for consumers and regulations on the financial industry - a far cry from his campaign promises to fix a system working against the everyday Americans who elected him.

It should come as no surprise that the President is most interested in protecting the interests of the people he has surrounded himself with. He has chosen cabinet members and advisers who have significant interest in limiting consumer protections and maximizing the financial industry’s ability to exploit the same “forgotten men and women” Trump promised to support.

The CFPB is “focused on one goal: watching out for American consumers in the market for consumer financial products and services.” The agency is responsible for protecting the public from exploitation by the financial industry.

Late last year, when the head of the CFPB left and named his successor, President Trump appointed an interim and the battle for who would head the agency ended in a courtroom where Trump’s pick won. Trump appointed his budget director, the former congressman from South Carolina, Mick Mulvaney. 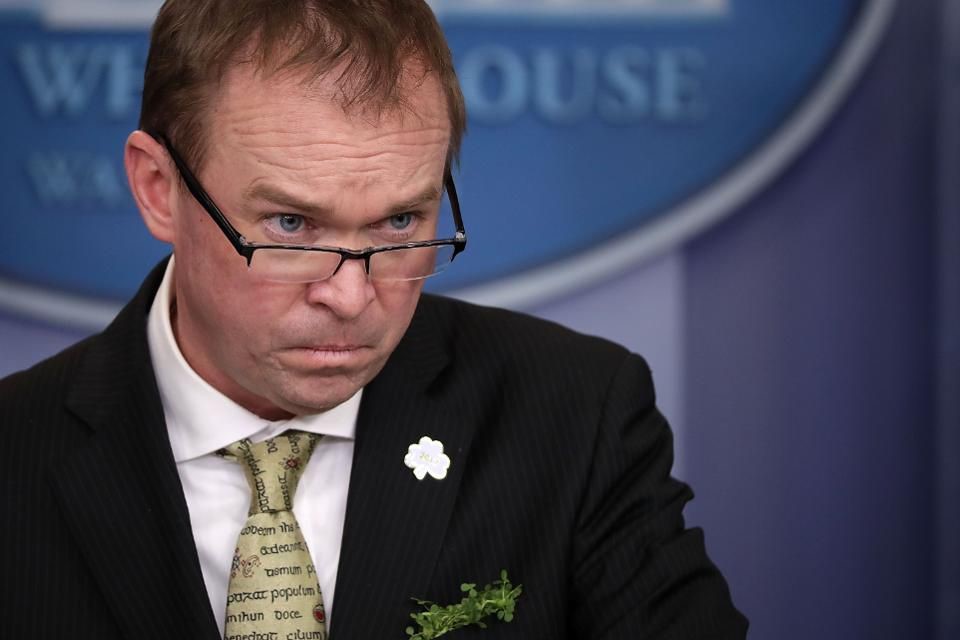 Mulvaney has quite a history with the agency. During congressional hearings, he said: “I don’t like the fact that CFPB exists, I will be perfectly honest with you.” He also co-sponsored a bill that would have eliminated the agency altogether. Of course, the President put the fate of the country’s primary financial industry watchdog in the hands of someone who has wanted to destroy it since its inception.

Since taking control, interim Director Mick Mulvaney has managed to undo much of what was built by the previous administration. Nothing good could come from his appointment. He is proving the concerns over his appointment to be well-founded.

In the short period the CFPB has been led by Mulvaney, the agency requested $0 from the budget. That’s right, they do not want funding, an ominous sign. Similarly, the CFPB has dropped a number of high profile cases against predatory lenders and has ended investigations into serious regulatory violations.

Mulvaney even changed the mission statement of the CFPB to include the agency’s plan to address “outdated, unnecessary, or unduly burdensome regulations.” Mulvaney managed to take over the one agency in the government dedicated to consumer protection and turn it into a deregulation effort.

Mulvaney has demonstrated a clear interest in loosening, or altogether destroying regulations designed to check financial institutions and businesses and provide accountability for predatory behavior. The results of such de-regulation, while long touted by right-wing proponents, has had disastrous consequences throughout history.

Researcher Jihad Dagher wrote a paper for the International Monetary Fund that studied ten financial crises since the 18th century. What he found will not shock many; Dagher found that many of the crises were preceded by significant deregulation. Periods of more stringent regulation typically follow economic crises. This cycle is perfectly illustrated by the great recession in the late 2000’s followed by the Dodd-Frank Act which sought to rein in the abuses that led to the crisis. 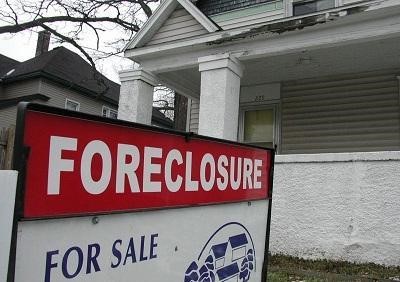 As Katy Milani of the Roosevelt Institute says, “There’s been this moment of amnesia.” The American people, and their elected officials have enough distance from the horrors of our most recent economic catastrophe that people have begun to forget.

The appetite for regulation has dissipated. The financial industry is in a position to capitalize on the memory failures of the people to further enrich themselves at the nation’s expense. In Mick Mulvaney, the financial elite could not have found a better leader. 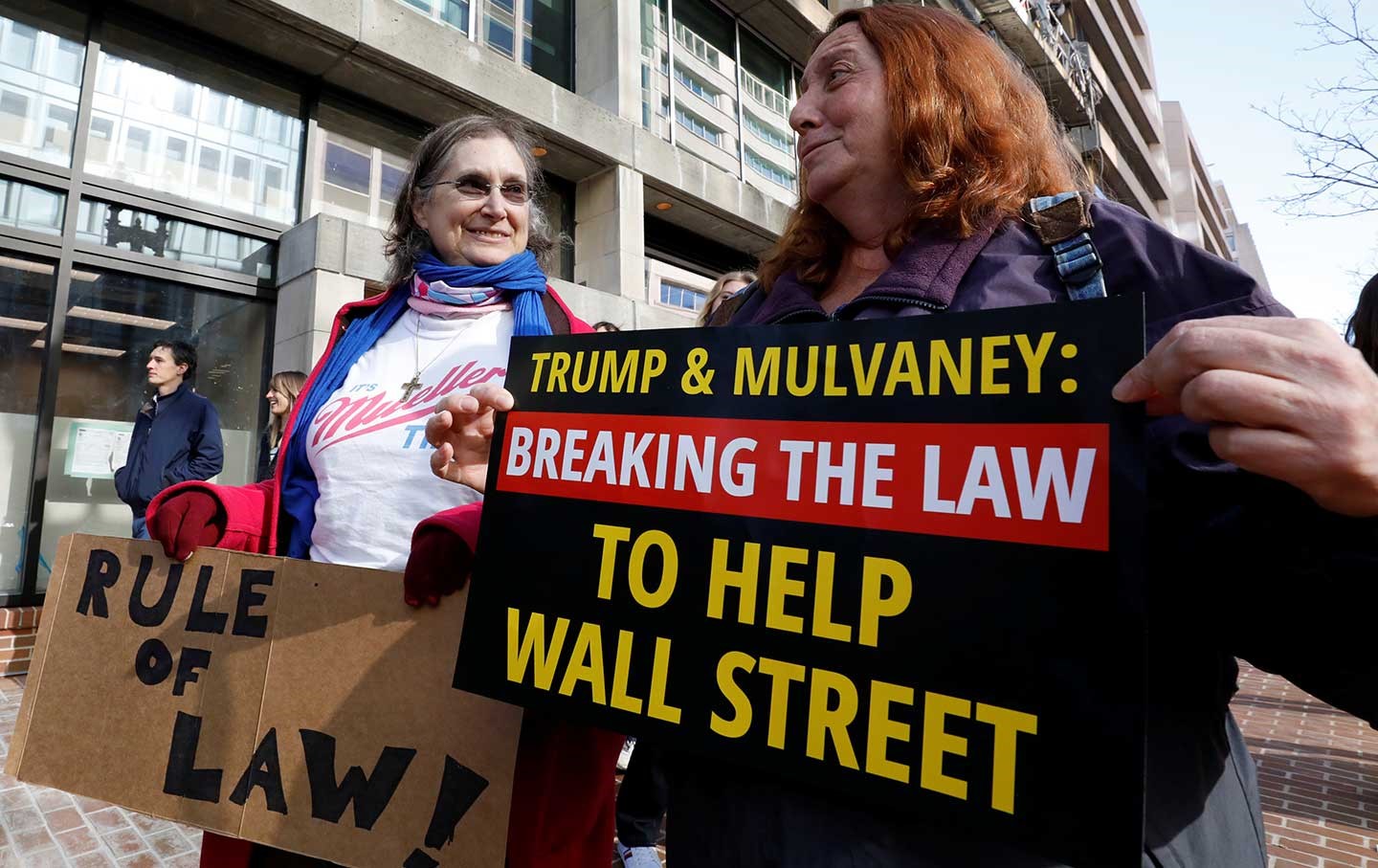 Mulvaney, like Trump himself, seems to have based his priorities around a singular objective, as Aaron Klein, a fellow in economic studies at the Brookings Institute explains. “In a very few number of days, the acting director has done a great deal of damage. What seems to be happening at the CFPB is kind of a reflexive, anti-whatever the last guy did approach,” Klein said.

Just for fun, here is a list compiled by Vox, of the things Mulvaney has done in the last couple months: 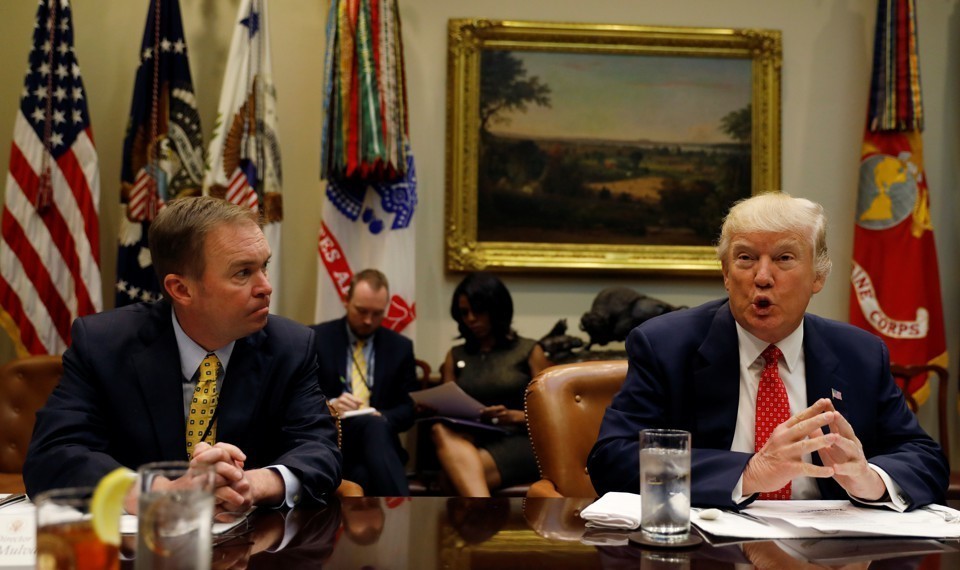 This much should be clear - Mulvaney’s obsession with deregulation, while further enriching those at the very top and removing accountability for those who exploit Americans, serves no public good. The reality of this administration is in direct opposition to its rhetoric. The President who promised to work for the “forgotten” men and women of the nation has proven his sole desire is in protecting himself and the powerful at the expense of everyone else.