More Hollywood Bloodshed: The Best Is Yet To Come

This past weekend saw another pointless, ego-driven, and politically-charged Hollywood award ceremony.

Yes, it's award season, I say with an elongated sigh. Every year we have to put up with this pointless and exasperating time when Hollywood struts around like primped cocks, giving themselves awards for the poorly-scripted, overly expensive swill they call movies and television.

It's really quite humorous to think that they believe the rest of America- and the world- cares about their industry awards.

In fact, while this year's Golden Globes saw a two percent (WOW!) increase in viewership from last year, owing to Jimmy Fallon's appearance as a host (with 20 million viewers), the utterly pointless Screen Actors Guild Award ceremony was beaten by two Family Guy reruns, with only 2 million people watching.

And it was being aired on two networks. Ouch.

I must remind you that we are a nation of 330 million potential audience members. It's sad to think only 20 million watched the Golden Globes, traditionally a "major" award. But for only 2 million to watch what amounts to a labor union's yearly industry recognition dinner, that's saying something.

It doesn't help that this year's ceremony was heavily politicized, with many of the winners taking their moment to criticize our President and his reasonable measures to protect us from terrorists.

I personally really enjoyed Stranger Things. But I have to say, as a viewer, I'm much less likely to watch the second season, knowing that the beloved sheriff is played by a grandstanding, arrogant, liberal piece of crap.

And by the way, what was going on with Winona Ryder's expressions during David Harbour's rant? It's like she's showing what much of America is feeling over Hollywood's elitist hypocrisy. It's already become a meme online.

But Sheriff Hopper's maniacal and self-righteous speech is only a taste of the stupid and morally bankrupt Hollywood. Most of the actors, writers, and filmmakers of the industry enjoy a life few of us can imagine. They live in carefully-vetted neighborhoods, with armed security guards, and yes walled estates. They don't have to worry about refugees, illegal aliens, and terrorists from invading their sheltered lives.

The rest of us do.

But that's not what I'm really here to talk about. The pitiful ratings of the SAG awards are enough of an indictment of that failed organization and their commie members.

I wanted to continue my conversation on the death of Hollywood. You see, much like the music industry, publishing, and journalism before it, Hollywood is undergoing a radical change. Modern technology is replacing traditional means of distribution, and it poses an existential threat to established studios.

And, much like the industries that came before them, Hollywood is ignoring this sea change, much to their eventual demise.

In a piece titled, Why Hollywood as We Know It Is Already Over, Nick Bilton effectively explains something many of us have already witnessed.

In the mid-90s, the first time I downloaded an MP3, I realized that the music industry was in grave trouble...

Hollywood, these days, seems remarkably poised for a similar disruption. Its audiences increasingly prefer on-demand content, its labor is costly, and margins are shrinking. Yet when I ask people in Hollywood if they fear such a fate, their response is generally one of defiance. Film executives are smart and nimble, but many also assert that what they do is so specialized that it can’t be compared to the sea changes in other disrupted media. “We’re different,” one producer recently told me. “No one can do what we do.” (via Vanity Fair)

I actually laughed out loud when I read that last line. To think that these stuck up Hollywood elitists think they cannot be replaced by smarter, better, and more effective people is insane. Much of what they do can and will be replaced by software.

Most inside the industry know the most worthless people in the studio system are the producers and executives. The people that sit behind the big desks and throw their weight around- who don't understand movies, television, or creativity for that matter- have only survived because they run the companies. 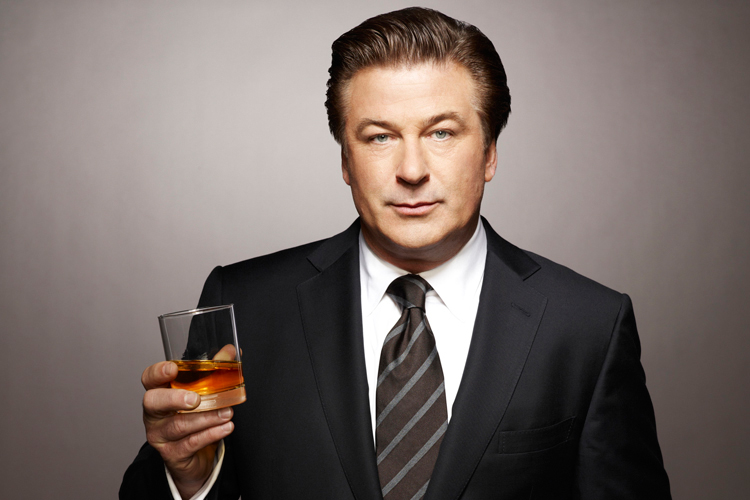 The real creative forces are the people that make the movies, and we are rapidly reaching a time when they don't need the other guys.

But this decline isn't just tied to the rise of Netflix and Amazon.  As better means of delivering content replace the noisy, unpleasant environment of the movie theater- and as more entertainment alternatives emerge- Hollywood will have a harder time trying to justify its existence, especially when it burns through capital like drunken teens on prom night (have I used that metaphor before? Gosh, it just works!).

Bilton relates a story from a recent experience he had while on the set of a TV show. He describes how over 200 crew were there, milling around, not doing any work. Meanwhile, the studio was wasting time and money. Bilton makes the apt comparison to a Silicon Valley startup, which prioritizes efficiency, squeezing every last bit of value from the cash they raise.

In fact, the numbers are quite startling:

To put the atrophy into perspective, a single episode of a typically modest television show can cost $3 million to shoot and produce. By comparison, a typical start-up in Silicon Valley will raise that much to run a team of engineers and servers for two years.

Those kinds of numbers just won't work in this day and age, when consumers can spend an evening playing a video game, watching independently-made videos on YouTube, or while away the hours with endless options on their iPad. How can Hollywood sustain itself with such waste? Turns out it can't.

Movie-theater attendance is down to a 19-year low, with revenues hovering slightly above $10 billion—or about what Amazon’s, Facebook’s, or Apple’s stock might move in a single day... Between 2007 and 2011, overall profits for the big-five movie studios—Twentieth Century Fox, Warner Bros., Paramount Pictures, Universal Pictures, and Disney—fell by 40 percent. Studios now account for less than 10 percent of their parent companies’ profits. By 2020, according to some forecasts, that share will fall to around 5 percent.

I mentioned in my last article how the blockbuster bubble was soon to burst- that dumping 100-200 million dollars into a sequel or reboot in hopes of earning back one billion won't be able to sustain the industry. And I was right, considering how most last year bombed more than they succeeded.

I don't need to talk about Ben Hur, do I?

Bilton goes on to talk about other potential disruptions to filmmaking, like A.I. that might write scripts and CGI replacing people. But those are all speculative. The real facts come in the declining TV viewers and the massive drop off in ticket sales.

The sea change has come, but Hollywood is willfully blind to it.

So it comes as such a shock when we hear about celebrities and actors taking bold political stances. In an age when their position in our society is so fragile, when a free smartphone app provides more entertainment than a $100 million movie, when actors can be replaced by CGI Peter Cushings, they are actively burning bridges.

It's like they forget millions of Americans voted for Trump and support conservative politics. And the ones that didn't vote for him at the very least don't want to be bombarded with politic activism during an award ceremony or when they watch TV.

These arrogant, out-of-touch hypocrites continue their failing campaign of attacking our democracy, government, and Commander in Chief. Newsflash guys, we don't care what you think!

Get that through your thick heads before we wholesale abandon your godless, un-American, and morally-corrupt industry.