Flynn and Papadopoulos, both of whom pleaded guilty to lying to federal investigators in special counsel Bob Mueller’s Russia probe, are scheduled to speak at the “Digital Soldiers Conference” in Atlanta in September.

The event is billed as a conference for “patriotic social media warriors” for a coming “digital civil war” against “censorship and suppression.”

The event is being organized by Yippi Inc. CEO Rich Granville. Mother Jones noted that Granville’s Twitter feed is “littered with references to QAnon, a conspiracy theory centered around the notion that Trump is secretly taking down an international ring of pedophiles that includes high-ranking Democrats.”

The webpage for the conference displays an American flag where the stars have been rearranged to form a “Q.”

Its logo is a US flag with a Q made of stars.https://t.co/YIzqgo9y3d pic.twitter.com/18yBC2DtJU

Granville denied that the flag, which clearly depicts a Q, was a reference to QAnon and bizarrely insisted that it “refers to Flynn’s prior status as a three-star general.”

“It does look like Q, but there is no reference to QAnon anywhere on that site,” Granville told Mother Jones.

He admitted that he personally believes the QAnon conspiracy theory.

“I am with anybody who is with the United States of America, any digital solider, any patriot, any average American who is doing their part to support the president of the United States,” he added. 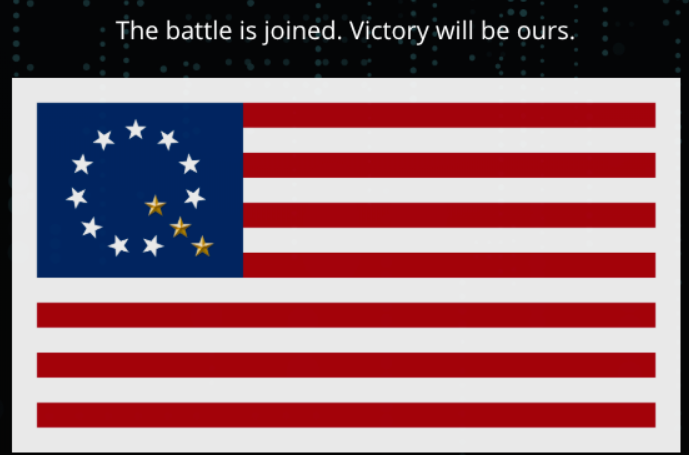 The event site, which sells tickets ranging from $49 to $2,500 for an “Ultra VIP” pass, says the “majority of proceeds” will go to Flynn’s legal defense fund.

“General Mike Flynn is a true American hero fighting the deep state who put everything on the line for God and Country,” the site says.