Media Attack Melania's Heels Because They Can't Think Of A Story

Generally speaking, people like to praise the best and the brightest in our society. Even from an early age, we are taught to admire those who excel, in one area or another.

Children read books and watch movies about amazing superheroes. Men and women possessed with extraordinary powers, who can do amazing things- like save lives. Even tweens and teens drool over Twilight-like characters. Beautiful, ageless, even immortal figures who have nothing better to do than fall in love and contemplate their own beauty.

Why do we do this? Is it an obsession? Some things are, but this fixation has more to do with inspiring us to be our best. I might not be as brilliant as Neil deGrasse Tyson. BUT! I can read his books, listen to his podcasts, and follow his career online in the hopes of getting a little more knowledge into this thick skull of mine.

In the same way, we can look to the excellent people in our society, not as outcasts, but as paragons to which we aspire.

I may not have Chris Pratt’s body (and neither did he, a few years ago), but I can look to him as inspiration for my own weight loss journey.

And so it is with very visible people in our country. They can motivate us and inspire us to improve ourselves or to reach a special goal. After all, they are not actual super beings, but people like you and me. And if they can do it, why can’t I?

At least that’s the idea that some people have. There are a few in our society, lurking in dark corners, sipping on high-calorie cocktails, that think differently. Instead of looking at the best and the brightest and being inspired, they are jealous. They think they can never achieve the standards of excellence these athletes, thinkers, actors, or models have achieved. When looking at them, these lurkers are reminded of their own failings and shortcomings.

So what do they do? They attack!

Much like the bottom feeders in your high school that attacked the pretty girl, these so-called bloggers, writers, and journalists feel the need to attack people in our society. Just because these people are much, much, MUCH more attractive than they are.

It’s getting to the point of desperation, in my opinion. These people need help. They need extensive therapy, perhaps electroshock, in order to remedy this error in judgment.

But it looks like nothing will be effective in waking them up.

Such is the case when these lurkers open their mouth to discuss the delightful FLOTUS, Melania Trump.

President Trump is en-route to Texas to visit victims of Hurricane Harvey. The hurricane has devastated large swathes of southern Texas and has displaced hundreds of thousands of families from their homes. The historic flooding has also claimed number of lives.

The president was joined while leaving the White House today by the first lady, Melania Trump. While the First Family is headed to a disaster zone in the middle of a deadly storm there was only one thing on the mind of photographers and reporters as they left the White House: Melania's stilettos. (IJR) 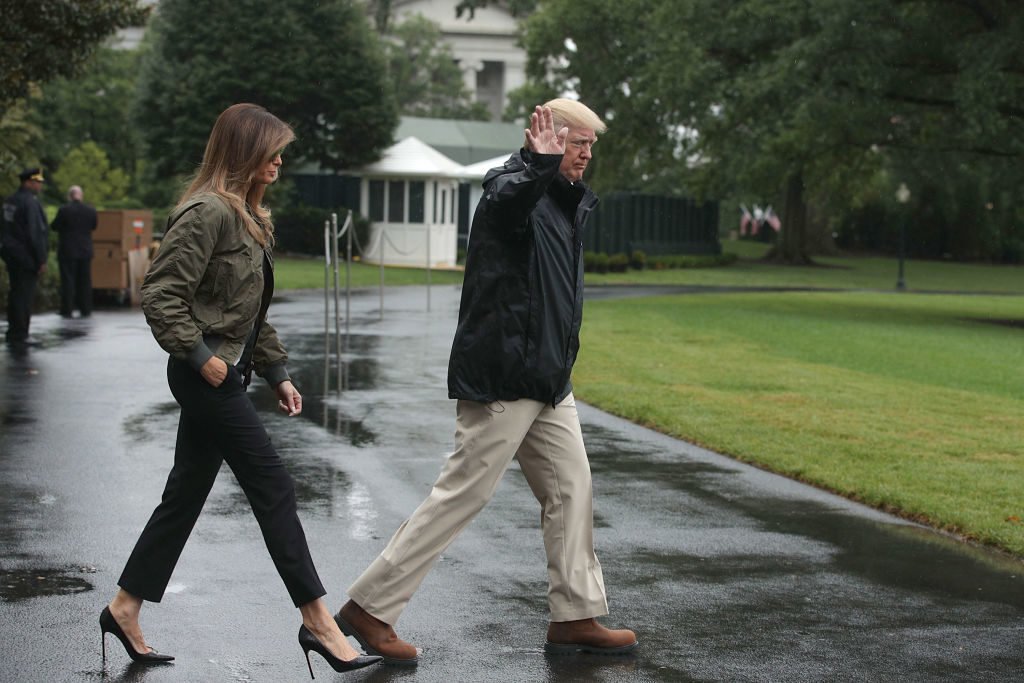 Social media was on fire with the ferocious tweets by liberal journalists fixated on Melania’s footwear. Forget the fact that the president and his wife are visiting one of the worst natural disasters in history. Forget what they might do—good or bad—to aid the situation. Forget any words of comfort or hope they might offer to Texans in this significant time of need.

What do the brain-dead lurkers focus on? Her shoes!

More of the same came from the endless parade of vapid liberal blogs and news magazines. People who pat themselves on the back, calling themselves the “resistance” to a movement driven by honest Americans who love their country. This group of bottom-feeders, who haven’t left their latte-sipping East Coast towers in years, have nothing better to do than to complain about the glamorous Melania’s footwear.

I’m sorry, but have any of these goblins bothered to visit Houston? Are they doing anything to aid this epic storm?

You can argue that these writers are doing this because they hate Trump and everyone associated with him. Even the smart, impressively successful, and beautiful woman he is married to. But there is more going on.

They can spend their precious time writing about Trump’s plans for DACA, his pardoning of Joe Arpaio, or his move to put more troops in Afghanistan. And they have, to an extent. But those are issues that deserve honest and realistic debate. It requires thought and reasonable discussion. And there’s always a chance this “resistance” is proven wrong.

It’s much easier to just complain about Melania Trump’s footwear.

But this has less to do with politics and more to do with the underachieving, never-even-try attitude of these people. I’ve written before about the radical wing of leftists who want you to stay fat, sick, ugly and miserable. Some of them even want you to keep your acne. These are people who think being unattractive, overweight, even unpleasant, is some kind of act of rebellion.

Because being “progressive” means challenging every part of the status quo, right? Sure, fighting to end segregation is a universally respected act of progress. But that’s not enough! We have to challenge every facet of our traditions and lifestyles. Because they’re all bad, dammit! Every last standard of beauty and metric for success handed down to us by our forefathers is wrong and must be overturned.

You should want to lose weight, succeed at your job, make lots of money, and be happy about your life. Not happy about something? Don’t just accept it. Take steps to change, to the best of your ability. You might never be as pretty or fashionable as Melania Trump, but if you make her your role model, you’ll get damn close.

Closing yourself off to traditional standards of beauty and success won’t make you a rebel, it’ll make you ugly.

Case in point, one of the writers who attacked Melania’s footwear: 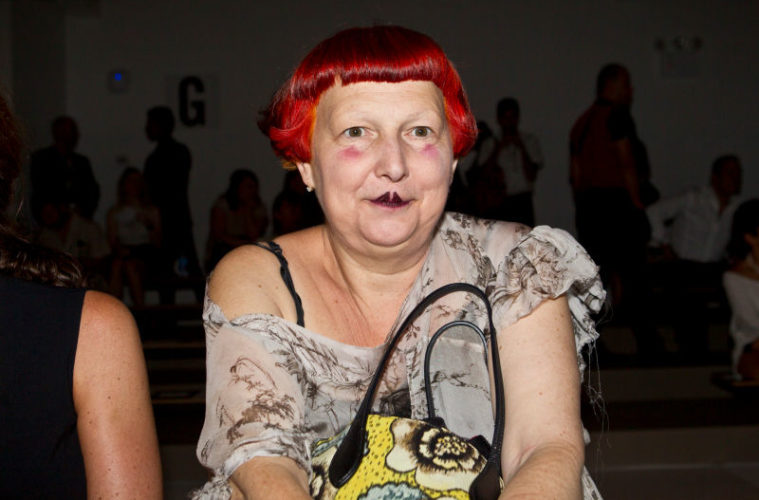 Yeeeeeeeah. I rest my case.