March For Our Lives: The Pro-Gun Perspective

I’ll never understand gun control activists. Oh, I understand politicians who advocate for gun control (their motives are very clear). But why would American citizens fight for less freedom? Why would they march in the nation’s capital, demanding that the government strip them of a vital right?

But that’s what a few hundred thousand (or was it a million, or 800,000?) people did last weekend at the oddly named “March for Our Lives” event. The event, extensively covered by the media, demanded change. Change, meaning stricter government control over a fundamental American right.

If you look at the pictures from the march, you’ll see signs demanding all kinds of things (it’s easy to do, considering they left them in the streets). The “leaders” of the movement—children who parlayed being victims for fame and attention—say they just want “common sense” gun laws. And to destroy the NRA. But many people attending had other views.

Some wanted an end to the Second Amendment entirely. Others make the common complaint about “assault weapons.” 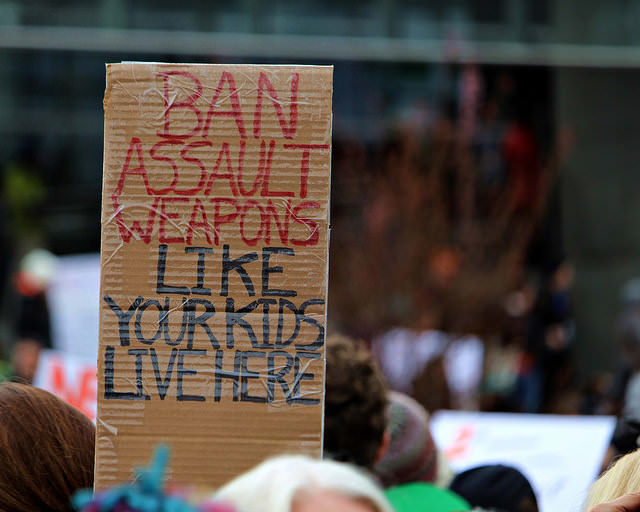 Oh, those dreaded assault weapons. They’re pretty scary, right? I mean, they’re weapons designed for assault. Obviously, they should be banned! Why should any honest American own a weapon for assaulting anything?

The problem, of course, is that there’s no clear definition of an “assault weapon.” It’s a vague term used by politicians to make firearms sound scary. But honestly, any weapon can be called an assault weapon. Even a handgun. After all, you’re using it to “assault” a target? (Or do you use a handgun to water your garden?)

Campus Reform asked the obvious question to attendees of the march. “What is an assault weapon?” These proud, “heroic” advocates had a hard time answering.

Every single march attendee that we spoke with made it clear: they want to ban assault weapons.

When asked if they knew what an assault weapon was, they were a little less clear.

“Um, I mean no. But ‘assault weapon,’ does that sound safe to you?” said one attendee.

“It’s an arm…like a gun for instance that you can buy at a shop pretty easily, that can like cause more deaths than one I guess,” added another. (Campus Reform)

The video is definitely a must-watch:

Wow. I mean, these people want to set policy for gun ownership, but they exhibit a shocking lack of knowledge of firearms. It’s like asking someone who knows nothing about combustion engines what should be done to limit automobile emissions.

These marchers are demanding strict limits to a Constitutional right, but they can’t even describe an “assault weapon.” Most of them, if they are being honest, are talking about this:

That’s one variation of the AR-15. Looks scary, right? I mean, it has “AR” right in the title. Although “AR” doesn’t stand for “assault rifle,” but Armalite, the company that originally manufactured the gun. AR-15’s are considered civilian rifles, meaning they are not used by the military. They are semi-automatic weapons, which lack the capabilities of a firearm a soldier would use. The military uses something like this: 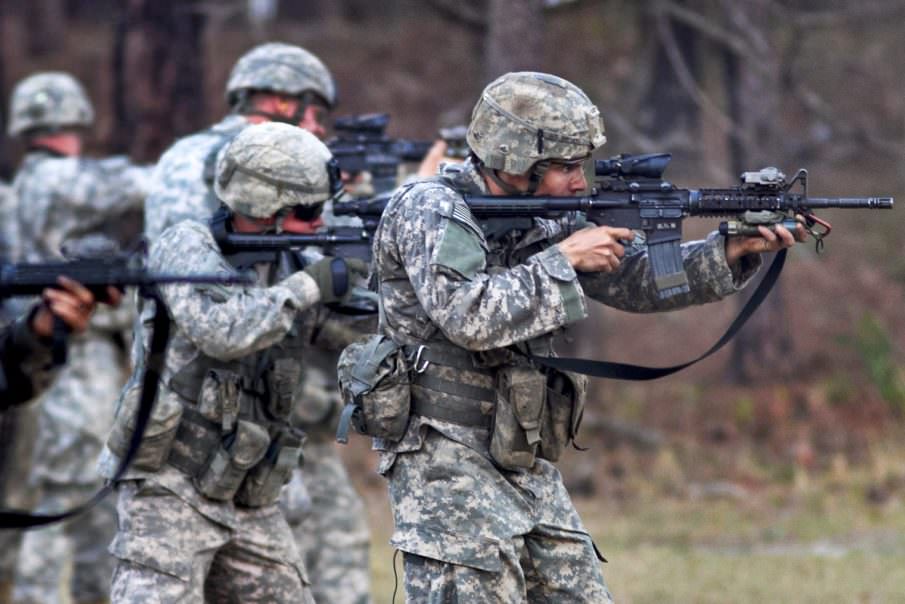 Looks very similar, doesn’t it? But looks, as always, are deceiving. The M4 used by the military is an automatic/select fire weapon, meaning it can fire rounds much faster than a semi-automatic AR-15. Civilian rifles fire one shot per trigger pull. That limits its power, thus making it suitable for civilians hunting or shooting at a rifle range.

It didn’t take me very long to educate myself on the different types of weapons available or the difference between an AR-15 and the military-grade M4. So why are people advocating changes to the Constitution unable to do the same?

Charlie Kirk of Turning Point USA asked a woman at the march what is an assault rifle. It’s very telling.

The woman was so belligerent, she just insulted Charlie. She then went on to describe an assault rifle as a “military grade weapon.” Charlie explained that every military personnel carried a pistol, proving her definition wrong. She then insulted him again. As an actual stupid person shouted over her about “muskets”, she mentioned AK-47’s.

Much like AR-15’s, AK-47’s can only be sold in America as semi-automatic firearms. But this, of course, misses the point.

These marchers are fueled by anger. Anger and ignorance. People hear about terrible shootings taking place around the country and feel something “should be done.” They swallow the overly-simplistic solution that banning weapons is the solution. They never stop and think about how idiotic that sounds.

We know the conservative talking points. Mass shootings take place in gun-free zones. A bad guy with a gun can only be stopped by a good guy with a gun. If you outlaw guns, the only people with guns will be outlaws. And so on. You can argue the merit of these ideas all you want. Debate should be encouraged on the issue.

The real question is: should such important issues be decided by emotionally-driven, ignorant people? People who can’t even bother to learn about the very items they want banned?

Liberals capitalize on tragedy to push policy. That’s a terrible strategy. Making laws that shape the future of our society must be based on logic and reason, backed by facts. The facts remain that an armed public is the best deterrent to crime, terrorism, and even tyranny.

Why would anyone who accuses police and government of racial profiling and abuse advocate for gun control? If you truly believe that law enforcement can’t be trusted, then you should do everything you can to protect yourself. Considering how many times liberals claim cops shoot unarmed black men, shouldn’t the logical response be arming as many citizens as possible?

The leaders of the March for Our Lives claimed 800,000 attended the event. Maybe. But an independent firm states the number was closer to 200,000. That might hold more water, considering Americans seem to be rejecting the gun control fad. In fact, as the march was going on, interest in the NRA surged.

So maybe there are more people in the U.S. interested in facts than just simple emotion.