Many Democrats Believe Mueller is Their Best Hope for Deposing Trump. They are Wrong.

That is where Mueller and his team come in. For Democrats, who are seething with wrath and looking for any excuse to take Trump down, Mueller and his squad are like superheros sent in to save the day and return order to the world. They are the force of justice, which is fitting, given that they literally are the leading edge of the Justice Department’s inquiry into Trump’s naughty behavior. And boy are they fun to cheer for! Every time Mueller drops a new bit of information into the public sphere and the White House is forced to scramble, it feels like the hand of God delivering mayhem to Sodom and Gomorrah. The Democrats immediately dig deep into the details, combing for clues that might reveal Mueller’s strategy. There are inevitably a few Democrats who conclude that the fallout will be so scandalous that not even Trump can avoid the repercussions. “Buckle up,” they proclaim. This time, things are finally coming to a head. Just sit back, and watch. With glee and baited breath, Democrats pour themselves a stiff one and settle in front of the TV every #MuellerFriday night to watch the giant orange menace finally fall from power.

But of course, the investigation will take years, and so, every week, Mueller’s Democratic cheerleaders are once again left to wait and see what developments will come next week or the week after. Predictably, when #MuellerFriday rolls around again, the cycle of suspense repeats itself and Mueller’s team drops yet another bombshell that somehow is not yet enough to finally blast the beast away for good. That’s not to say that Mueller is not making progress - he most definitely is, and with federal prosecutors stating that Trump did in fact authorize Michael Cohen to make payments to pornstar Stormy Daniels, a move which broke campaign finance law, it really does look like the Mueller investigation is finally arriving at its inexorable… what?  conclusion? Certainly not a conclusion per se, since after all, just like every Special Counsel before it, Mueller’s investigation will go on for years to come unless it is otherwise shutdown. But perhaps this is at least a turning point, a twist in the tale, a climactic moment where Democrats can finally say, “see, I told you so.” Perhaps.

The weekly tea leaf reading sessions are now so ingrained in the fabric of American life under Trump that they are announced ahead of time to give the nation time to prepare room in our schedules. The Mueller dumps - part soap opera, part sporting event, and part hardboiled crime thriller - have become one of the greatest entertainment events of the decade. USA Today made this announcement early last week, “Buckle up. It's going to be a newsy Friday. The end of the week is typically used by officials and agencies as a dumping ground for major news, but today is shaping up to be big. Really big.”

The major media outlets are making big money from it, too. MSNBC has enjoyed surging ratings since Donald Trump was elected in 2016, and viewers routinely tune into Rachel Maddow’s prime time show for astute insights and digestion of the latest Mueller developments. In fact, this past July, Rachel Maddow defeated CNN for the 62nd consecutive month in total viewers, and for the 18th consecutive month among adults 25-54. By August, Maddow’s Tuesday show had grown further, and the month saw her second highest rated broadcast ever. These ratings are the most coveted in the industry, and the revenue they bring in for MSNBC is staggering, as one can imagine.

Of course, Maddow is not the only one breaking down Mueller developments and creating elaborate theories about legal maneuverings. A large cottage industry of blogs and twitter pundits trace every obscure legal implication to its least obvious conclusion. Lawyers like Shockratees and Preet Bharara, pundits like Malcolm Nance, Susan Hennessey and Louis Mensch, and shadowy outsiders like the ‘hacktivist’ Jester Actual have become go-to soothsayers in the hunt for the best connect-the-dots, “didn’t think of that did ya” moment of any given #MuellerFriday news cycle. Shockratees was one of the first to point out the fact that, by including facts crucial to the case against the president in the Cohen and Manafort proceedings, he could essentially put the President on trial without directly doing so. In order to stop this from happening, Trump would have to forego executive protection from involvement in the Cohen trial. And by putting his report on Cohen in the public domain, Mueller ensured that the case against the president can be made even if Trump tried to fire him.

Fun as it is to cheer for the Mueller justice squad, there is one major thing the Dems should keep in mind while they break out the popcorn: the way Trump is removed from office matters. Many Democrats might disagree with this and just want Trump to be deposed by any means necessary. According to many, if the circumstances of his removal do matter in any way, then the more humiliating they are for Trump and his supporters, the better. That is an understandable, if harsh, sentiment given the level of contempt that Trump’s treatment of others have engendered on the Left. But one thing to keep in mind is that humiliation is not good politics, and shaming the Right arguably led to Trump’s victory in 2016. And let’s be honest: Trump and his followers will likely feel no shame if Trump is taken down for sexual misconduct, campaign finance fraud, or even perjury, which is what eventually brought down Clinton. If they were going to feel shame, they would have felt it already. While Trump himself seems to be pathologically incapable of feeling shame, his supporters might possibly be shamed if Mueller is able to demonstrate that Trump colluded with Russia. But the Republicans already demonstrated their lack of interest in any possible connections between the Trump campaign and Russia when they shut down the investigation by the House Intelligence Committee earlier this year.

Again, the way Trump is removed from office matters. Mueller’s investigation, important as it is, represents the easy way out of the mess that Dems have found themselves in since 2016. The 2016 election revealed a deep disconnect between the Democratic platform and the needs of the American people. Mueller, with his superhero cape and tight spandex uniform, cannot fix that. At best, Mueller can cut off the head of the hydra, but that head could easily grow back if the Democrats let it. Remember, Vice President Mike Pence is just as bad and in many ways worse than Trump for achieving Democratic policy goals.

But let’s also not ignore the potentially dire consequences for the country that could unfold should Mueller successfully depose the President. As Sarah Kendzior, another popular twitter pundit, explains, “The GOP will likely pursue the path of one-party rule even if Trump is removed...” She has been raising the alarm over the last two years about the very real authoritarian tendencies of Trump and his movement, and as she points out, there is no reason to believe that the GOP would reverse course if Trump were no longer in power. Betting markets tend to have similarly negative outlooks on a possible Trump impeachment. As some analysts point out, “millions of Trump voters would see this as a move by Democrats to nullify the 2016 election they lost and it could also tear the Republican Party apart.” The political turmoil would also likely affect the financial markets negatively at a time when several important indicators that a recession is imminent are cropping up, such as the prospect of an inverted treasury bond yield curve, which usually precedes recessions. 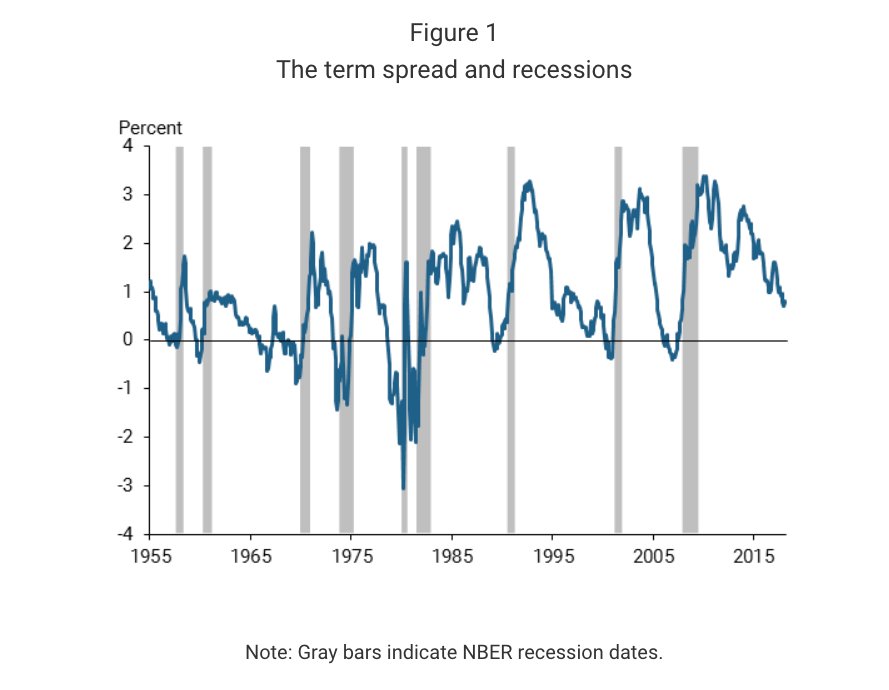 Again, again, again: the way Trump is removed from office matters. And taking all of the above into account, there is one option that presents itself as most prudent.

The best way to get rid of Trump would be to vote him out of office in 2020. With the 2020 elections now less than two years away, the Dems have an opportunity to remove Trump from office by marshalling the will of the people to their cause. Deposing Trump by a process that represents the will of the people would be a stunning and resounding rebuke of the president. The humiliation of such a loss would trump (sorry) anything that Mueller could possibly deliver and would go farther toward healing the Democratic party than an impeachment ever could. Ideally, Mueller would spend the next year and a half continuing to clear out the sleazy operatives that have lurked beneath the Republican Party apparatus for so long, and then the voters themselves would remove Trump by exercising their democratic right to vote.

If Trump goes down before 2020 due to what is at its core a bureaucratic process within the Justice department, the question of whether or not the American people would have voted for Trump a second time will remain unresolved. The reputation of the American citizenry would forever remain tarnished by the election of 2016 and the thesis that Americans are no better than the rest of the world when dealing with the threat of a charismatic authoritarian would remain unchallenged. The stakes of the Mueller investigation are high, but perhaps not in the way that we imagine. The risk is not that Mueller will fail to take Trump down; the risk is that, if he does, the American people will lose the chance to save face.

Realizing this should serve as a wake up call to Democrats. The time for sitting on the couch and watching Mueller news come in is over. In less than two years, the Democrats have a chance to make history and right the terrible wrong that was 2016. But first they need a message for the people. The Democratic party leadership demonstrated the viability of a message based on jobs and equal opportunity in the economy during the 2018 midterms, but large swaths of the country that voted for Trump in 2016 still went red. The Dems need to work out a way to bring the people into their tent. If they do not, we should not pretend that Mueller can save them.