Lies And Misdirection: The Right’s Assault On Planned Parenthood

The political right has long devoted themselves to the near singular task of undoing Roe v. Wade and women’s rights to bodily autonomy. Historically, many red states have fought tooth and nail to restrict abortion access, creating a long and steady stream of litigation over the imposition of such restrictions.

Recently, the anti-abortion movement has taken an approach that is consistent with other right-wing efforts. They have been reliant on conspiracy theories and disinformation campaigns in the guise of “news” that serves to stoke public outrage over one of the country’s most divisive political issues.

The political right’s grievances are now buttressed by talking points based on outright lies, with the Trump administration using those lies to rewrite healthcare policy to defund Planned Parenthood and limit women’s access to much-needed care. In August, the 8th U.S. Circuit Court of Appeals, in a 2-1 decision, voted to vacate a preliminary injunction issued by the lower court. The injunction stopped the enforcement of the Governor of Arkansas’ decision to end the state’s Medicaid contract with planned parenthood. If that decision stands after Planned Parenthood’s appeal, it paves the way for states to individually defund planned parenthood, one red state at a time.

The right has managed to make Planned Parenthood synonymous with abortion. Of course, Planned Parenthood provides a wide range of other necessary healthcare services for women including diagnostic treatment and preventative care. They have accomplished this through disinformation campaigns like the “sting” operation where people secretly filmed Planned Parenthood representatives and edited the videos to make it appear that the representatives were admitting to selling aborted fetal tissue for profit. This is completely false. Investigations in red and blue states alike have exonerated the organization, while charges have been brought against the makers of the videos. 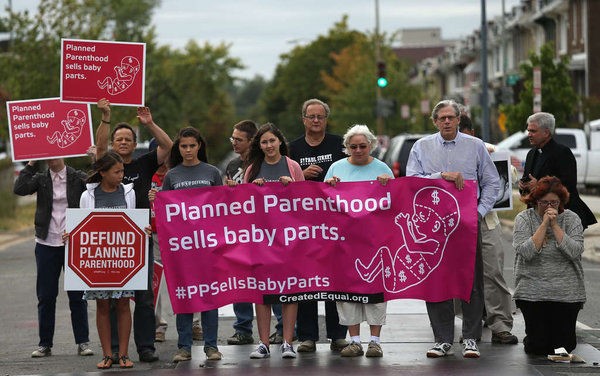 The idea that Planned Parenthood is in the business of selling aborted fetal tissue for profit on the black market is just one in a host of conspiracy theories that are propped up on the right. Another is the insistence that the goal of Planned Parenthood is “black genocide,” a statement that has been proven false time after time. Proponents of this particularly insidious lie suggest as evidence of their claim, the fact that black women have higher rates of abortion than white women. While that is true, it is also true that black women have higher rates of unplanned pregnancy and higher rates of poverty, all facts that contribute to higher abortion rates.

The truth is so far removed from these baseless talking points that even having a conversation about abortion in the United States can be a monumental challenge. The truth is far less abortion-centric then the right would have the country believe, however. In reality, only 3% of the services provided by planned parenthood are abortion services. Zero government dollars go to fund abortion, yes zero as per the Hyde Amendment, and there is no evidence that Planned Parenthood has ever violated this law. Planned Parenthood provides birth control services which prevent an estimated 345,000 abortions a year. That truth is a truth opponents of Planned Parenthood are entirely uninterested in hearing. 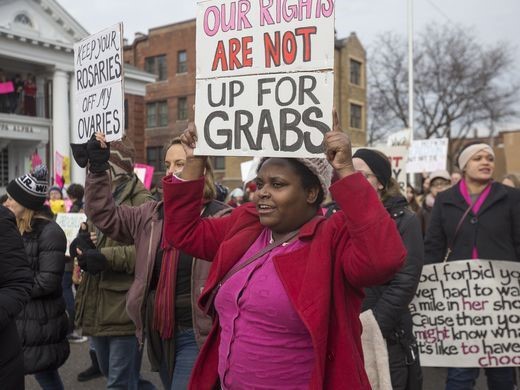 In January, the President reversed Obama-era guidance regarding Medicaid funding. The guidance instructed states that they could not bar providers from receiving Medicaid funding. The move will make it far easier for states to defund Planned Parenthood. Red state officials have long salivated over the opportunity to deal a death blow to Planned Parenthood. The concern does not stop there, while the reversal is damaging and is sure to impact the lives of countless women, the way the decision was reached is perhaps even more troubling.

According to documents from a whistleblower who provided them to Rep. Elijah Cummings (D-MD), the administration decided to rescind the Obama era guidance at the prompting of the staunchly anti-abortion right-wing group Alliance Defending Freedom (ADF).

Alliance Defending Freedom has made defunding planned parenthood one of its primary objectives. It also states on its website that, “the pro-life movement needs a strong legal defense—especially if we ever hope to overturn Roe v. Wade at the Supreme Court.” This organization sent the administration a draft letter rescinding Former President Obama’s directive. The letter included a legal argument the administration could make to justify its decision.

The letter was not just a friendly suggestion, it was written as a template, an example of the letter the President could send to States nationwide. The ADF paid close attention to detail, even down to the signature block they created with the names of two current Health and Human Services (HHS) officials.

The President allowed a staunchly anti-abortion organization to write healthcare policy for his administration. It only took eight days from the time the letter was received by HHS for the President to act and rescind the Obama administration’s guidance to states. Internal emails provided by the whistleblower show that HHS considered the letter from ADF of the highest priority, instructing officials to “please make sure your clearance process is ready to go on this. We will need a very quick turnaround. Consider an utmost priority.” By contrast, other similar decisions take months to make their way through the agency and to the White House.

While the country moves to embrace a conversation around the rights and experiences of women, the Administration, partnered with the hard-right anti-abortion movement, is quietly moving to restrict and eliminate women’s right to bodily autonomy.