Laid-Off Carrier Workers: “I Wish I Voted For Sanders”

President Donald J. Trump is no stranger to braggadocious titles. Well before the commander in chief drafted last week’s “Fake News Awards,” a list of news outlets he claims misrepresented his achievements in the oval office, Trump made grandiose promises about how he’d be America’s “great negotiator” and “the greatest jobs president that God ever created”.

Shortly after his 2016 win, it was time to see this big game job talk brought to action, with the then-President-elect touting a tax incentive deal he negotiated with an Indianapolis Carrier plant to keep 700 jobs from moving to Mexico.

This was a significant milestone for the administration. The president’s more fanatical outlets like Breitbart and Infowars were calling it a “historic victory against crony capitalism,” even citing Trump’s inflated (and debunked) numbers of well over a 1000 jobs being “saved.”

Last Thursday it was revealed (just two days before the one-year anniversary of inauguration day) that the same Indianapolis Carrier plant Trump “saved” ultimately fired 200 more workers in spite of the president’s deal — many of whom were Trump voters, who say they feel “betrayed” by what they described as an extravagant “con job”.

Speaking at an Indianapolis town hall meeting on Wednesday, before any of the layoffs had begun, the former president of United Steelworkers 1999, Chuck Jones, who didn’t vote for Trump, demolished the president for selling factory workers “false hope”. 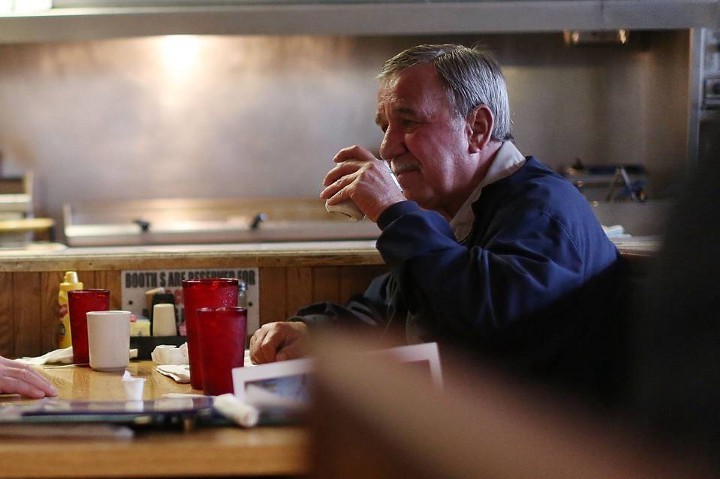 “I think everybody ought to respect the president of the United States and the office he holds,” Jones told his audience of union workers and noted Trump voters. “But Donald Trump is a liar and an idiot.”

“When he was saying these jobs would not be leaving this country, not at any point in time did he say, ‘I’m bringing back my jobs I’ve got outside the country. I’m going to bring back my daughter’s jobs,’” Jones continued, referencing reports, much like our own on TrigTent, which pointed out the hypocrisy of Donald and Ivanka Trump making their products through outsourced jobs overseas.

“He’s a pure and simple con man,” he went on, “he’s a rich elite… and I’m sorry people bought into his message. He sold us a bag of shit, and now we’re stuck with it for a while. What a god awful mess he is.”

The president and Jones have been at each other’s throats for quite a while. In November, Jones cited how Trump’s touted numbers were inflated and misrepresented, which resulted in a tweeting backlash from the commander in chief, blaming Jones for the companies leaving.

Chuck Jones, who is President of United Steelworkers 1999, has done a terrible job representing workers. No wonder companies flee country!

“Chuck Jones, who is President of United Steelworkers 1999, has done a terrible job representing workers. No wonder companies flee country!”

Reuters reports that hundreds of Carrier jobs will remain in the Indianapolis area, down from the original 710, but if you talk to ex-Carrier employees like Renee Elliott and Duane Oreskovic, who admit they voted for President Trump, they say most, if not all, of those remaining jobs were never slated to move. 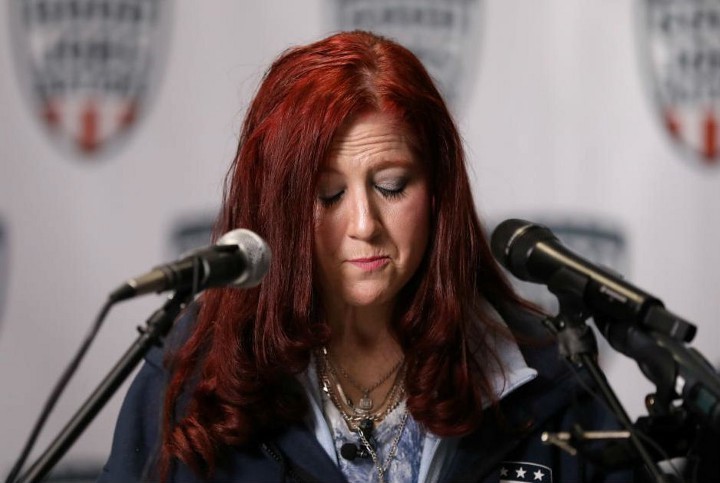 “Trump saved some jobs,” Elliott told The New Yorker’s Charles Bethea, the journalist and employees wallowing over drinks at the factory’s closest bar Sully’s Bar & Grill. “He didn’t save mine,” she sighed, “but he did save some. Just don’t bullshit us. We never thought the office personnel was going anywhere, anyway. They’re not making units,” she continued. “We are. We’re the ones that made the $9.7 billion that they collected. We can understand companies having to go overseas if they’re losing money. We get it. But Carrier is the top A.C.- and furnace- making company in the nation, getting money hand over fist.”

Elliott went on to say she’ll be applying for unemployment insurance, believing no-one, including the president, would be able to secure her job at “the eleventh hour.” Elliott elaborated on the families and businesses around the area who will be affected, citing the layoffs affecting business and the financial stability of the area. “We were really a family,” she continued. “It’s not just that I’m a lost paycheck away from homeless now. I will never find a job like this one again.”

Duane Oreskovic, who was also in attendance, worked the same shift as Elliott, with their days consisting of a five in the afternoon start until three in the morning. Bethea makes careful note of their union clothes — including a hat that, with an unclear amount of irony, reads “Corporate America, you’re ‘№1.” 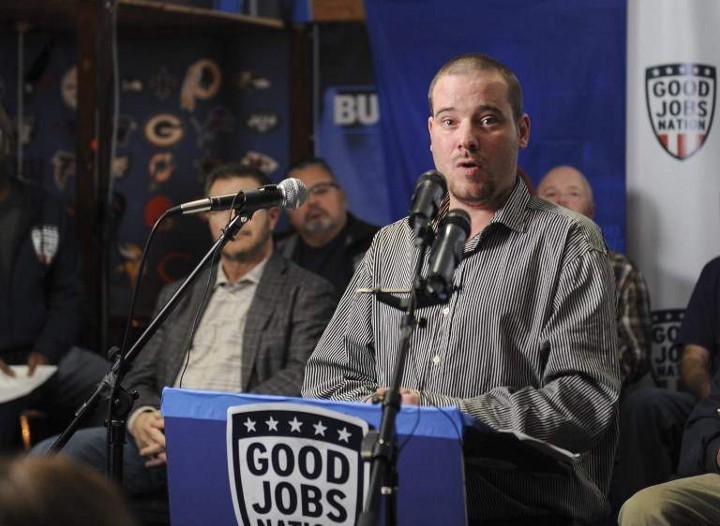 “I voted for Trump,” Oreskovic chuckled. “Financially, I thought he’s a genius. I said, ‘Well, America’s in debt; maybe he can do something and turn the economy around.’ Obviously, it’s not looking that way. Mr. Trump didn’t do his research and made himself look silly in front of the nation when these layoffs and early retirements began.”

It was then that he mentioned Vermont Senator Bernie Sanders, the main Democratic challenger to Clinton in the 2016 primary, who resonated with rust belt workers in his attendance at union speeches protesting the move and promises of improved trade deals. “In retrospect,” he sighed, “I would have voted for him if I could do it again.”

This all comes on the heels of a July report, released on the 6-month anniversary of the Trump administration’s rise to power, that 300 employees were laid off at that same Carrier plant.

Trump’s campaign promises, much like Sanders’, spoke of aggressive protectionism when it came to companies moving overseas. Both spoke of tariff punishment, tough trade negotiations on China and Mexico, even scrapping deals like NAFTA and TPP altogether, with the promise of bringing the Rust Belt of America back to its glory days.

In the year since he took office, the president scrapped TPP — a key promise in his economic agenda - only he’s now trying to slip TPP provisions into NAFTA renegotiations. Carrier has yet to receive any tariff or legislative punishment for the jobs already outsourced, showing no interest in the proposed “Outsourcing Prevention Act” introduced by none other than Bernie Sanders, which would do just that and more. Instead, union officials fear that the $7 million Carrier received in state tax incentives, as part of the Trump deal to keep the jobs, will instead be invested in automation — ultimately leading to a need for even fewer employees.

“We have this strange thing in our politics where people get elected promising to bring back 1950s jobs, when we can’t fill 2015 or 2017 jobs,” Scott Miller, a trade policy expert at the Center for Strategic and International Studies, told Politico. “That’s the core conflict that is unresolved in all this.”