Kellyanne Conway Puts Feet On A Couch, Now It's A News Story

Yes, that's right. People are actually freaking out about this.

A photo surfaced of Kellyanne Conway apparently getting "way too comfortable" in the Oval Office yesterday during a meeting between President Trump and representatives from Historically Black Colleges and Universities.

The context? She was trying to get a better angle for a picture. 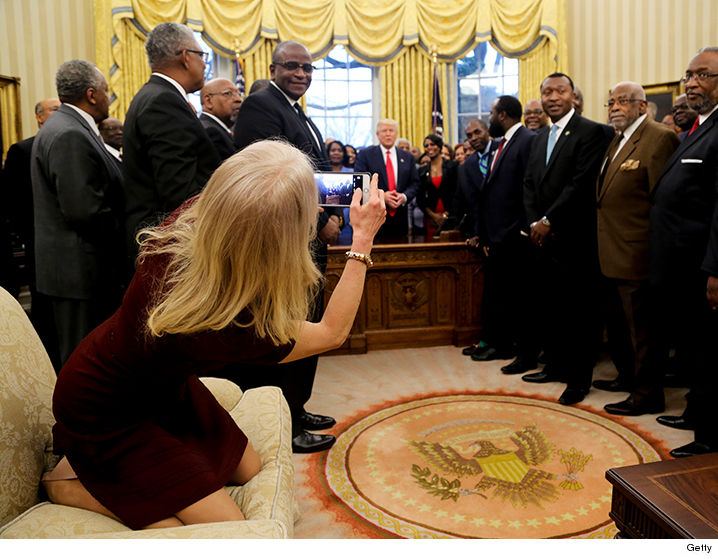 That doesn't seem to matter though, as anyone who was already primed to criticize Conway latched onto this story as fast as they could on social media.

Anyone raised in a house (or even trailer) with indoor plumbing knows you don't put your shoes on the sofa. #kellyannecouch @derosajoe51 pic.twitter.com/yjrSUDBeRW

And just in case you were wondering, of course there were some people who had to take it to a racial place.

As some people have pointed out though, this is hardly the most objectionable thing that's ever taken place in the office.

Nonsense. It seems like people have forgotten what happened in oval office, over 20 years ago#KellyAnneCouch

Nigel Lokai is the editor of TrigTent, as well as the co-host of TrigTent’s “Triggered” and “Off The Rails” podcasts.