Amid a looming trade war with China, which started last month when President Donald Trump slapped the country across the face with $50 billion in steel and aluminum tariffs on more than 1300 products, there’s one area both exempt from this protectionist hardship and which has convenient financial ties to the Trump administration: the clothing industry.

According to reports from The Washington Post, who spoke with White House officials, the president’s list of Chinese produced goods was drafted specifically to achieve “the lowest consumer impact” while putting the country on notice for their duplicitous trade actions, thus excluding the toy and the clothing industries from rising costs.

Many of the products branded by Ivanka Trump’s fashion and clothing line are manufactured in China.

One Chinese industry that is notably not subject to those new U.S. tariffs: the clothing manufacturing industry. https://t.co/IwD3imIIAX

The Office of the U.S. Trade Representative released a statement to Elite Daily talking about the tariffs which reads:

“The proposed list of products is based on extensive interagency economic analysis and would target products that benefit from China’s industrial plans while minimizing the impact on the U.S. economy.”

Decisions to avoid these industries is not without understandable calculation, of course, assuming public consumers will grow pissy at their president for these avoidable money troubles, but who’s to say this reaction wouldn’t be replicated by Ivanka Trump - White House advisor and First Daughter of the United States - who just so happens to own an American clothing company with countless trademarks produced in China’s factories?

This observation was floated by ThinkProgress, the corporate media strong-arm of the Center for American Progress (CAP Action), or better described as the Clinton-backed establishment think-tank behind the modern Democratic Party.

One of their Washington-based journalists, Rebekah Entralgo, explained:

She then cites a report from The Huffington Post revealing that daddy’s little Trump never actually cut ties with the family’s all-powerful real estate business. According to verified financial disclosure filings, the First Daughter continues to earn just over $1.5 million a year from the Trump Organization, receiving conflicting payments in $800,000 from TTT Consulting, $600,000 from TTT Venture, $100,000 from T International Realty and the money from her fashion line.

And yet here she remains, positioned as the president’s closest White House advisor, a representative of the United States executive branch, and some supposedly unbiased figure allowed to attend diplomatic meetings at her father’s Mar-a-Lago resort with Chinese President Xi Jinping. Shortly after their political royalty circle-jerk at West Palm Beach, Bloomberg revealed China approved three new trademarks for Ivanka’s company that same day — which are incredibly hard to receive without a special foot in the door. 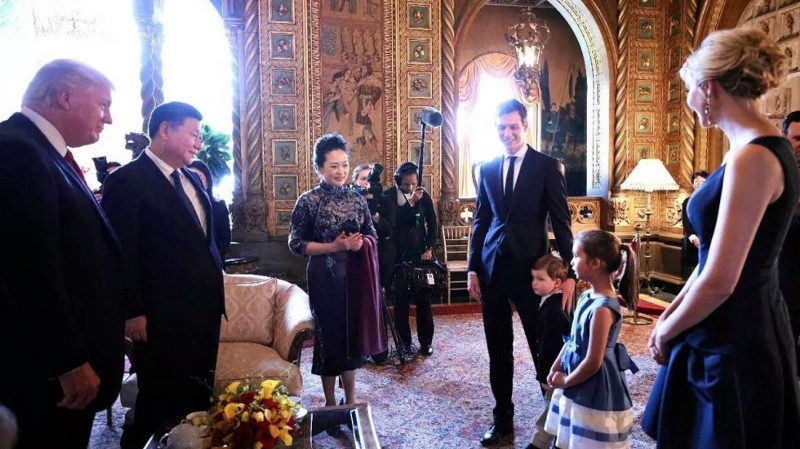 While the First Daughter has stepped down as vice president of the family organization, those substantial paycheques she continues to receive as owner still raise huge red flags regarding conflicts of interest plaguing the Trump administration’s Washington swamp. As ThinkProgress rightfully said, no one can be entirely sure whether decisions from foreign to domestic policy are made based on Trump’s desire for the public good, political egotism, or outright personal enrichment.

Such blurred lines make the 1,300 Chinese goods list hard to take at face value. President Trump can only disprove this potential corruption through clothing tariffs that directly hurt consumers, given the current tariffs are related to “technology transfer, intellectual property, and innovation” — which has so far resulted in the predictable Chinese response of $50 billion in tariffs on U.S. goods on things like soybeans and aircrafts, two of the biggest exports between these countries.

Can we say this is simply a case of father-daughter backscratching corruption? No, but to have the waters muddied in the first place must raise ethical concerns regarding infringement of the constitution’s emolument’s clause, among other corruption laws. Equally, we can’t say it’s just common sense policy the president is avoiding action on China’s clothes — the First Daughter Ivanka surely wouldn’t be happy with tariffs affecting her business.

TrigTent has previously reported on how clothing labels and shipping records track the First Daughter’s products back to countries with horrible factory conditions such as Bangladesh, Indonesia, Vietnam, India and, you guessed it, lovely communist China.

An investigation by The Fair Labor Association found Chinese factories were among the worst for international labor violations and abuse, with the G-III Apparel Group holding the exclusive license to the clothing line of Ivanka Trump since 2012. These violations included workers being subjected to over 60 hours of work per week, which only amounted to a fortnightly income of $124 — half the salary of typical Chinese manufacturing workers, according to Trading Economics. 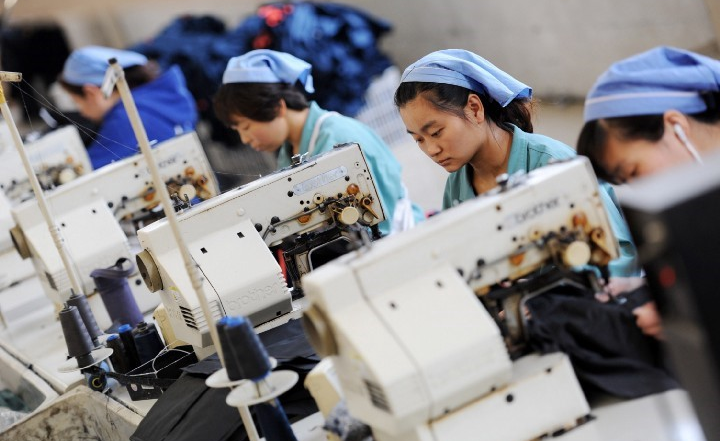 NBC News reported that investigators found the G-III Apparel Group committed well over “two-dozen violations” under the U.N. International Labor Organization, with predominantly female workers being overworked and underpaid to make the First Daughter’s branded dresses that retail for $158, and blouses that retail up to $79 (notice these are higher than their worker’s weekly pay).

Three Chinese Labor activists were later arrested for their investigation into the G-III factory conditions, which were later met with Ivanka’s clothing company president Abigail Klem releasing a pitiful statement denying their clothes were being made in these factories since March of last year:

“Products have not been produced at the factory in question since March. Our licensee works with many footwear production factories and all factories are required to operate within strict social compliance regulations.”

The First Daughter has frequently been caught wearing her fashion line in public to help promote her brand, #WomenWhoWork, made from the literal blood, sweat, and tears of female workers from whom she uses as an advocacy pawn. It’s unlikely the president and his daughter will be seeking tariffs or outright sanctions to fight for their human rights anytime soon.

ThinkProgress also reported on how government watchdog groups have frequently advised both Ivanka and her husband, trusted White House advisor Jared Kushner, to either divest their assets, establish a blind trust, or recuse themselves from their government work — with no action being taken as of yet.

Lawyers have also confirmed to ProPublica that President Trump can pull funds from the alleged billions he holds in his blind trust, being managed by his adult sons Don Jr. and Eric Trump, who also currently operate the international Trump Organization, without any need for public disclosures.