It looks like it's been a hectic morning for the Washington Examiner's social media team. 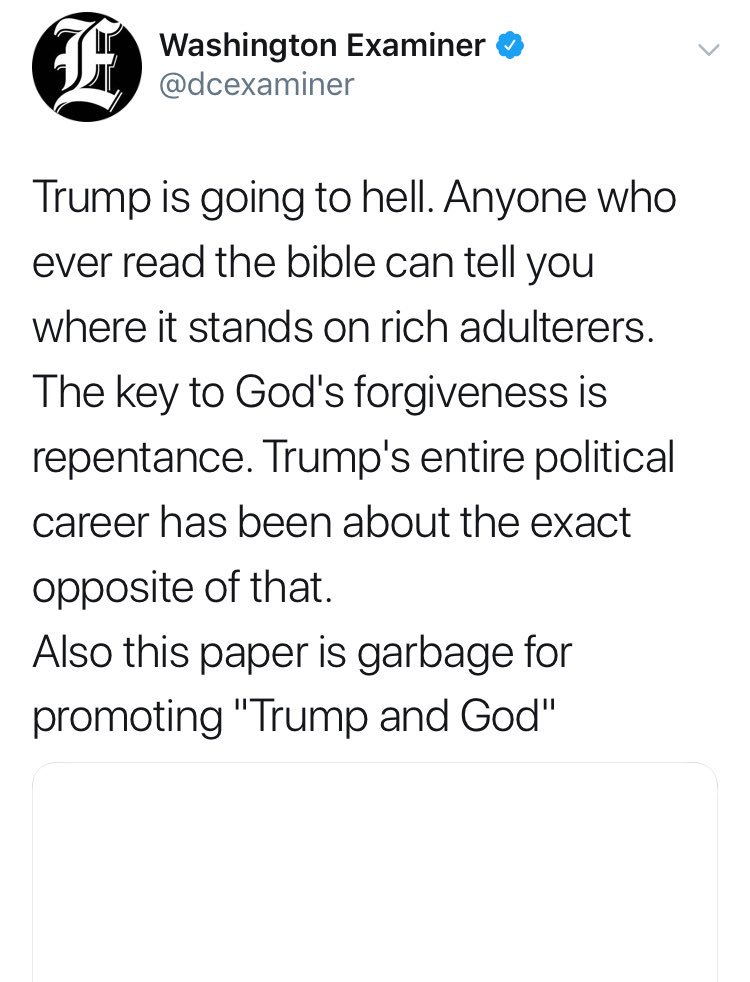 The tweet was deleted promptly (as you might imagine), but not before screenshots were taken, preserving it forever in the annals of internet search queries. The outlet made this statement, saying that the bizarre tweet did not come from their staff and that they were investigating the situation further.

The Washington Examiner’s Twitter feed was hacked and a tweet was posted that did not come from our staff. We are taking appropriate action and will issue a further statement if necessary.

Why It Matters: While we don't want to pretend this is lead story material, a major news outlet's social media being hacked less than 24 hours away from the midterm elections could add to the general air of tension regarding election security, digital privacy, and outside influence that has dominated media narratives in the run-up to the midterms. It could easily be a lone shitposting troll, but hey, perception matters.

Our Biggest Question: It looks like the tweet was linked to a photo or outbound link to another story -- we're curious what that might have been. Any guesses?