GOP Shooting Confirms The Left Is Out For Blood

Once upon a time, the political left of the United States used to stand for something. Honestly, a generation or two earlier, I might have been a Democrat. At least in the past, they claimed to stand up for real liberalism: ideals that protected equality, freedom of speech, and the rights of all Americans to truly prosper.

Not anymore. Today’s left resembles more of a mafia or gang than a political movement. After years of entrenched control of the government, they have become fat and bloated, glutted on all the power they have conned from the American people.

Now that conservativism is on an upswing, and an outsider Republican is in charge, the left is showing their true colors. They are no longer a united front, standing up for minorities and the “little guys.” They are a corrupt cabal of charlatans and snake oil salesman. They are the proverbial emperor with no clothes, who just got exposed for his nakedness.

Scratch that- like homicidal maniacs. In the months following President Trump’s election, we have seen insane responses from liberals. Some of it has been perpetrated by political organizations, bankrolled by powerful globalists (such as the protests from MoveOn.org, a group funded by George Soros). But outside the obviously orchestrated efforts to protest our democracy, pockets of liberals have been exposing their insanity on extraordinary levels.

No longer do liberals care about respecting and representing American interests. They haven’t done that for a long time, but now they aren’t even trying to pretend. With Obama out of office, and a GOP majority in Washington, they are learning the hard way that many Americans are tired of their leadership.

Instead of reforming, the left is fragmenting into shattered pieces. Those pieces are skewering liberals as they turn on each other or reveal themselves to be hypocrites. Any poor fools that stand in their way will get harmed in the backlash as well.

Let’s look at how liberals are falling apart.

At the time of writing this, we are hearing news that a crazed gunman has opened fire at a baseball field. Rep. Steve Scalise, a Republican from Louisiana, has been shot, along with several other people. Witnesses claim he “was there to kill as many Republican members as possible.” (Source: Breitbart) 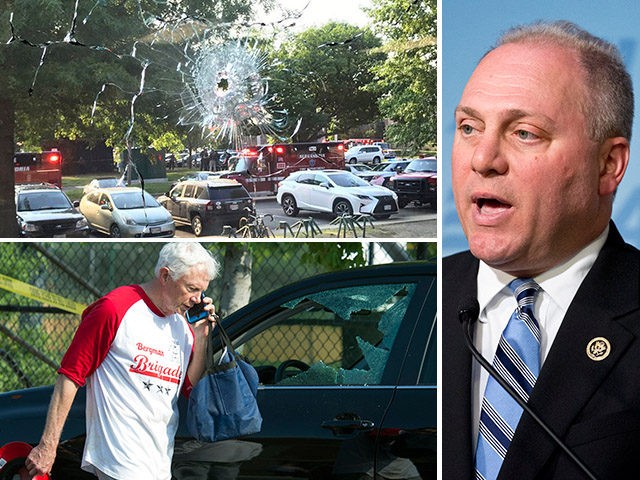 This only further confirms my recent story that the left is out for blood. For months, we’ve seen liberals in the entertainment community depict violent acts against our president. Antifa and other hypocritical terrorist groups have declared it’s “okay to punch a Nazi.” Of course, anyone that is not liberal is branded by them to be a Nazi—thus validating violence against everyday Americans.

We saw Kathy Griffin destroy her career with that shocking photo of the bloody Trump head. And then there was the New York play of Julius Caesar, where the assassinated Caesar looked a lot like our president. I can go on and on referencing similar acts.

It was only a matter of time before an unstable person, duped by the hateful rhetoric of the left, would go out and harm Republicans.

Ironic, isn’t it? For a long time, the left has been calling conservatives hateful, dangerous, and bigoted. Some have even claimed that the win of Trump to the White House would empower a new wave of hate and violence against minorities, gays, and Muslims. Or that if Trump had lost, conservatives would lash out in anger.

Instead, the exact opposite is true. Conservatives are carrying on with their lives while radical leftists are out for blood. The violence and hate we are seeing unfold across our country is coming, not from conservatives (not even from radical terrorists right now), but from “progressive,” “open-minded” liberals. 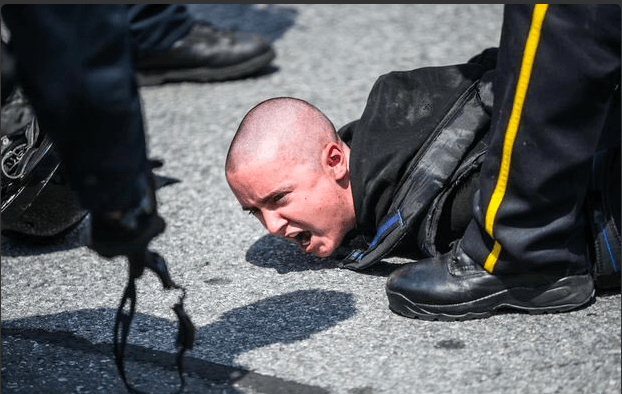 This should not be shocking to you. For generations, the political left has been harboring anti-American, anti-police, anti-law and order sentiments. During the 60’s and 70’s, the “free love” movement produced radical terrorists and anti-government groups that aimed to take down our society.

While pretending to be progressive and in favor of freedom, the left regularly reveals itself to be the most hateful group in the country. But we only see it when their backs are against the wall.

Recently I wrote about how the left is turning on each other. Hillary Clinton, after running out of other people to blame for her loss, finally turned on the DNC. This, again, is nothing new.

For the left, it’s not about protecting the rights of all Americans. It’s about finding the latest sub-section of culture to make out as victims to protect, as a springboard for more government expansion and overreach.

That’s why Clinton plays the victim card, blaming everyone else but herself.

It’s also why we frequently see liberals attack each other, based on the hierarchy of victimhood they’ve created for themselves.

A famous and well-respected liberal pundit uses the N-word, and instead of forgiving him, remembering the many times he’s stood up for black people, they call for his head.

The wires are so crossed and the lines so blurred, that even “well-meaning” liberals don’t know how to speak or act.

We saw this after Katy Perry’s bizarre appearance with a Black Lives Matter activist. A successful, white woman had to spend hours with a radical hate-monger, simply to pander to this splinter group. She confessed the “sins” of using cornrows in her hair to DeRay McKesson in a long and awkward “therapy session.” Such obviously stupid acts do nothing to help anyone, they simply expose how empty-headed liberals are. And how willing they are to believe nonsense.

Why should Katy Perry, a female pop star, have to apologize to anyone? Why is using cornrows suddenly a cardinal sin? Did Perry use racial slurs? Has she been discriminating against black people at her concerts or for employment? No, she just used a hair style that is common among black people. The heartless bitch!

I’m by no means a fan or supporter, but she got where she is because of her talent and hard work. But now we’re expected to believe she needs to apologize to black people for a slight.

And who made DeRay a spokesperson for the entire African American population? If you are black, let me ask you this: did you elect this asshole to speak on your behalf? Does he have the right to absolve Katy Perry of her so-called crimes of cultural appropriation?

If that entire stunt was confusing to you, don’t be upset. It’s those kinds of empty gestures the left loves to make, to look like they are doing something. But will it really improve our culture? Will it help end the real problems black people face in America? Nope!

Then there are the morons in the movie industry. I wrote about how, surprisingly, the biggest names in Hollywood—making the biggest movies—turn out to be the biggest idiots.

The top names behind the Marvel films are the worst virtue signaling, conservative-hating, liberal bigots. From Joss Whedon to Chris Evans, these people look for every opportunity to crap all over our traditions and values. By claiming we’re all racist.

When is the racist thing going to wear out? News flash: most Americans aren’t racists. There are numerous generations of people who grew up in a post-segregation, pro-Civil Rights America. People my age and younger have zero reasons to hate black people.

Yet whenever liberals are up against the wall, they throw out the R-word. You don’t even need proof to call someone a racist. According to the liberal media’s standards, if you have white skin and don’t vote Democrat, you’re just a racist. Automatically.

Actor Mark Ruffalo, who plays the Hulk in The Avengers movie franchise, has never been shy when it comes to making his political opinions known to the public.

On Saturday, the actor and social justice warrior tweeted a petition meant to “tell MSNBC, don’t promote right-wing hate.” The petition threatens repercussions if more white conservatives join the NBC family stating, “We need to let NBC executives know that there will be a sharp backlash if MSNBC becomes another platform for right-wing hate.” (Louder with Crowder)

Nobody is going to accuse NBC of being too conservative. Yet liberals have no problem attacking their own kind if it fits their flawed narrative.

Why was Mark Ruffalo, a white man, so quick to call a liberal news outlet “right-wing haters”? Because they hired Megyn Kelly, a former Fox News anchorwoman.

As a conservative and Fox News watcher, I can happily say, you can keep her. Kelly was hardly a conservative voice on the network. Yet Ruffalo, who was only looking at the surface, was quick to call out the entire network as racists—for giving a woman a highly visible slot on the network.

Liberals aren’t even happy when a woman gets a big job over a man now. If she’s blond and white, that’s racist! Why didn’t they hire someone of color? Or transgender? Or someone from a far-flung corner of the world nobody’s ever heard of? That would really be progressive!

Forget about hiring a notable newswoman with an established viewer base that will bring a new audience to the network.

Now, for me to be defending Megyn Kelly, you know things are getting ridiculous.

I can go on and on, discussing the illogical behavior of the left. Like how they shut down a food service run by white liberal women for selling tacos. But I’ll stop for now. The bottom line is we are dealing with a political party with no moral compass. A group that has sacrificed integrity, American values, and the notion of liberty, for quick gains to power.

Only after they’ve lost their iron grip on our country, are we seeing their true colors.