Fake Washington feminists are rolling out the identity politics red carpet for newly appointed CIA director Gina Haspel, the first woman to ever lead the spy agency in America’s history — but don’t celebrate the smashing of this glass ceiling just yet.

Currently the Deputy Director of the CIA, Haspel will be taking after President Donald Trump’s reigning CIA director Mike Pompeo, set to be the new Secretary of State come March 31st after the removal of Rex Tillerson.

What is the catch?

Well, the administration, known for their criticisms of the Bush era, still has to deal with Haspel’s inconvenient, bloody past as a war criminal and torturer during the Iraq War, according to the word of former CIA officer and whistleblower John Kiriakou.

Speaking this week to Democracy Now!’s Amy Goodman, Kiriakou claims he dealt with Haspel on a personal basis during his 14 years at the agency, alleging she directly oversaw torture at a secret CIA “black-site” prison in Thailand —code-named “Cat’s Eye.”

Kiriakou spent 23 months in jail for the releasing of this information back in 2012 and Haspel without so much as a trial to her name. He says Haspel was known around the agency by the name of “Bloody Gina” and continued to attribute motive to her actions:

More than a decade ago, Haspel directly oversaw the abusive treatment of Saudi Arabian terror suspect Abd al-Rahim al-Nashiri, a man with alleged Al Qaeda connections that Kiriakou says was waterboarded, a violation of the Eighth Amendment to the United States Constitution and basic human rights codes. According to The New Yorker, other tactics used during this time include depriving prisoners of sleep, squeezing them into coffins, and the use of both water and food to both anally rape and ‘feed’ them.

The whistleblower continued to say Haspel was the commanding voice who ordered video evidence of all torture be destroyed, a clear violation of the Freedom Of Information Act (FIOA), which resulted in an investigation from the Bush-era Justice Department without any charges served.

Through the buried revelations of Footnote 857 of the FBI torture report, it’s believed this was done to protect military officials who were shown torturing similar men such as Ibn Shaykh al-Libi, the man captured in Afghanistan shortly after the U.S. invasion, who gave the CIA and their allies under the Mubarak regime in Egypt false information that justified the 2003 invasion of Iraq — only after he was heavily tortured, of course.

“It’s wonderful this president or any president wants to nominate a woman as head of the CIA — but not Gina Haspel. There must be 50 women across government who are more qualified to fill the position.”

This highlights another area where President Trump talks a big game against the era of former President George W. Bush, famously saying during the 2016 presidential debate the previous Republican administration was littered with “lies to get us into Iraq,” but is morally bankrupt and inconsistent in his love affair with former Bush and Obama era establishment figures — particularly those of the “enhanced interrogation” variety.

Rather than Trump “draining the swamp” of Washington, that role will in this case surprisingly be played by California’s Democratic Sen. Dianne Feinstein, a establishment figure we’ve previously covered as a pro-Trump hypocrite on TrigTent. Evidently, she is one of the few on Capitol Hill calling on the CIA to declassify documents showing Haspel’s involvement in the agency’s post-9/11 torture program — a move that goes against the unaccountable secrecy enacted under former President Obama. 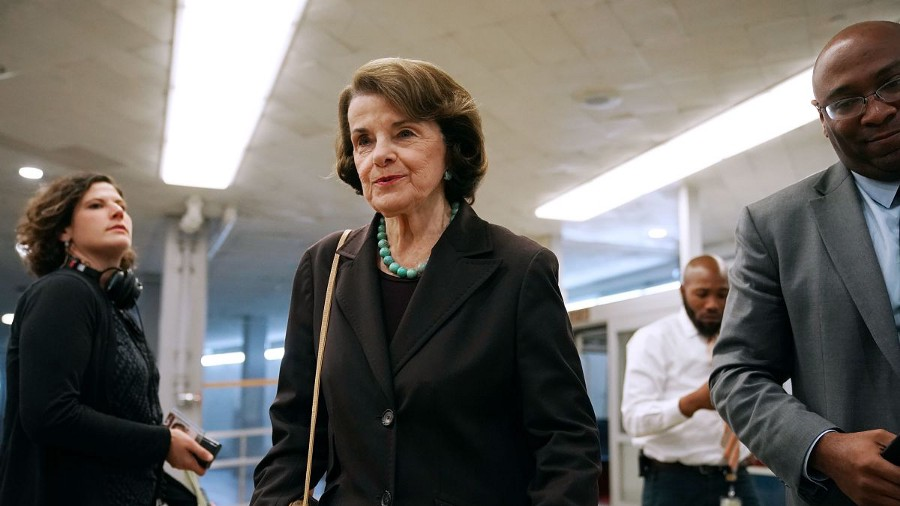 In her letter to Pompeo and Haspel:

“As we move forward with the nomination process for Ms. Haspel, my fellow senators and I must have the complete picture of Ms. Haspel’s involvement in the program in order to fully and fairly review her record and qualifications.

I also believe the American people deserve to know the actual role the person nominated to be the director of the CIA played in what I consider to be one of the darkest chapters in American history.”

Kentucky’s Republican Sen. Rand Paul also announced Wednesday he would be opposing her nomination to the CIA position, accusing Haspel of having shown “joyful glee” during the torture of terrorism suspects. His comments expanded to Pompeo who he will be attempting to block from succeeding Tillerson as the President’s new secretary of state.

Sen. Paul also sits on the foreign relations committee where the Republican party only holds a one-seat majority, meaning Pompeo and company will need Democratic support to pass on up through the government. 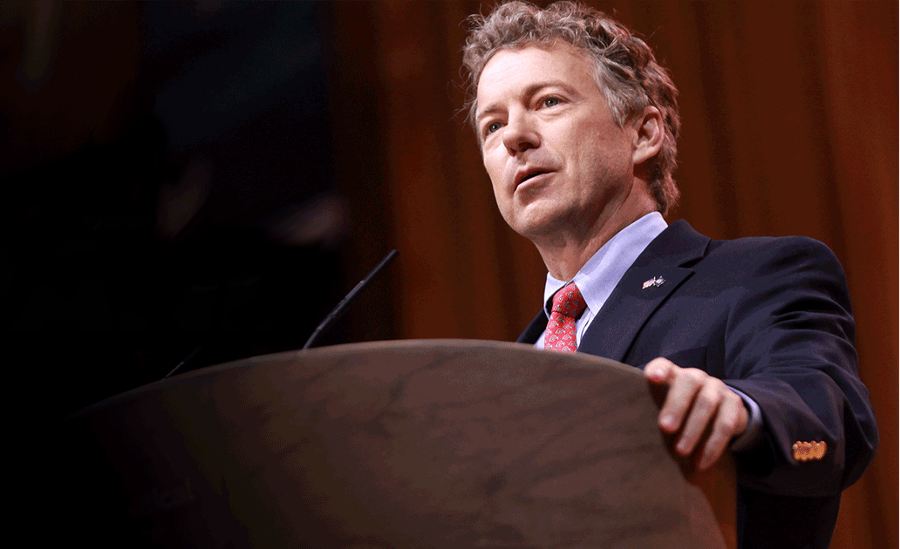 According to The Guardian’s reporters who heard him on Capitol Hill:

“To really appoint the head cheerleader for waterboarding to be head of the CIA? I mean, how could you trust somebody who did that to be in charge of the CIA?

To read of her glee during the waterboarding is just absolutely appalling. The quote from one of the interrogators says that Gina Haspel said: ‘Good job! I like the way you’re drooling. It adds to the realism. I am almost buying it. You wouldn’t think a grown man would do that.’

When you read that, sort of the joyful glee at someone who’s being tortured, I find it just amazing that anyone would consider having this woman for head of the CIA. So my opposition to her is over her direct participation in interrogation and her gleeful enjoyment at the suffering of someone being tortured.”

He’s expected to also gain the support of Arizona Sen. John McCain, a military veteran and prisoner of war during Vietnam, who was tortured so viciously he lost the ability to completely lift up his own arms.

He has strongly condemned torture throughout his time in office and has called upon Haspel to answer for this dark past:

“Ms. Haspel needs to explain the nature and extent of her involvement in the CIA’s interrogation program during the confirmation process. I know the Senate will do its job in examining Ms. Haspel’s record as well as her beliefs about torture and her approach to current law.”

The new torturer in chief is not without her support, however. As The Intercept points out, several of Haspel’s most staunch supporters have taken to using a newfound variation of the “Nuremberg defense” — a reference to the Nuremberg Trials after World War II where several Nazi Germany officers, they mention the likes of generals Alfred Jodl and Wilhelm Keitel, who tried to plead their innocence because they were “only following orders.”

The most significant is Michael Hayden, former director of the CIA and the always watching National Security Agency (NSA). 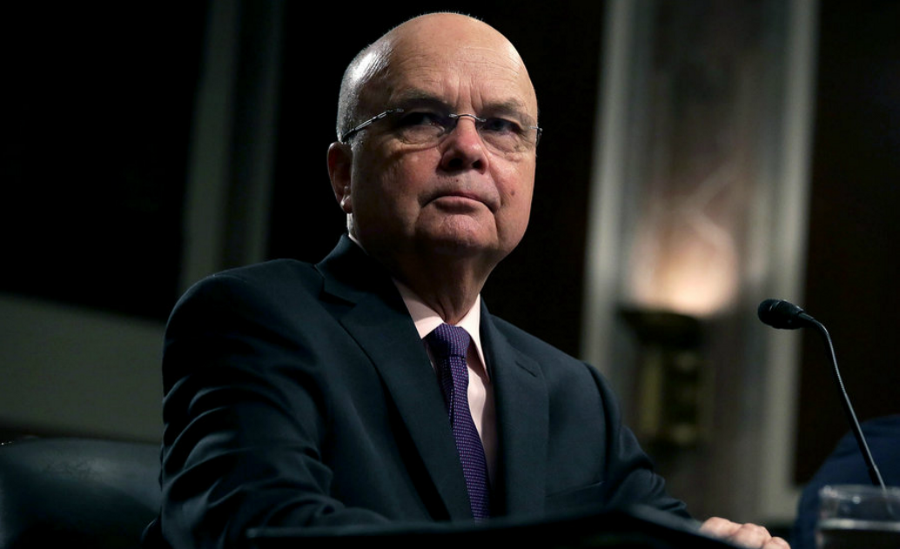 In his op-ed published in The Hill, Hayden endorses Haspel writing:

“Haspel did nothing more and nothing less than what the nation and the agency asked her to do, and she did it well.”

Funny, I know other right-wingers who like to say people beginning with the letter H quote “did nothing wrong” — and that doesn’t end very well either. Hayden followed this up with a response to MSNBC host Chris Hayes who tweeted a response asking:

Genuine question: is there any limiting condition you can articulate for this "she did what she was asked to do" ?

“Genuine question: is there any limiting condition you can articulate for this ‘she did what she was asked to do’?”

Sure. Is it consistent with US law as interpreted by the department of justice? In this case it was

“Sure. Is it consistent with US law as interpreted by the department of justice? In this case it was.”

According to journalist Jon Schwarz, this is true. Under 2002 law, Schwarz explains that the Office of Legal Counsel at the Justice Department declared that it was legal to use “enhanced interrogation techniques” when engaging citizens, at least through their department memos. Schwarz also points out this isn’t exactly a defense given under German law, the actions of the Nuremberg defendants would have also been considered legal. 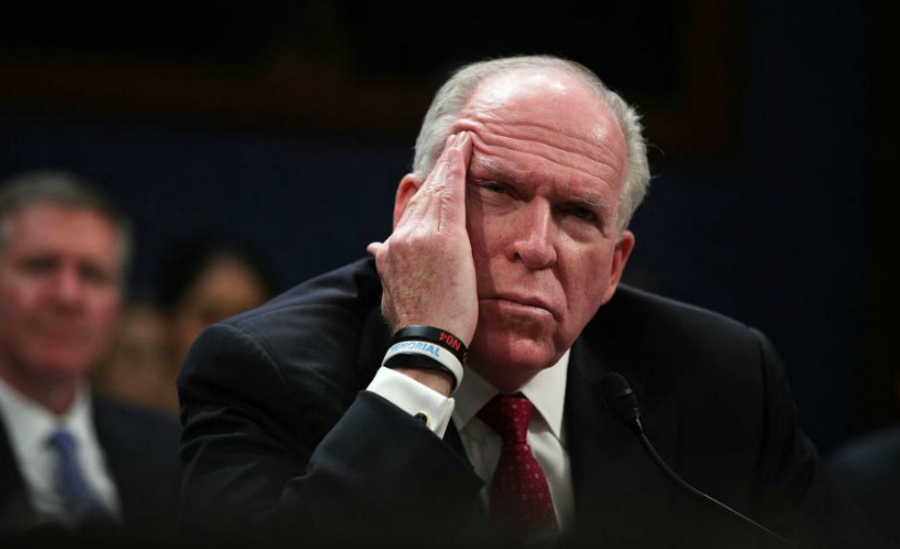 “Gina Haspel has a lot of integrity. She has tried to carry out her duties at CIA to the best of her ability, even when the CIA was asked to do some very difficult things in very challenging times.”

Even former NSA director James Clapper, a man who committed perjury by lying to Congress about NSA data collection (though for some mysterious reason was never charged), endorsed the new CIA director. 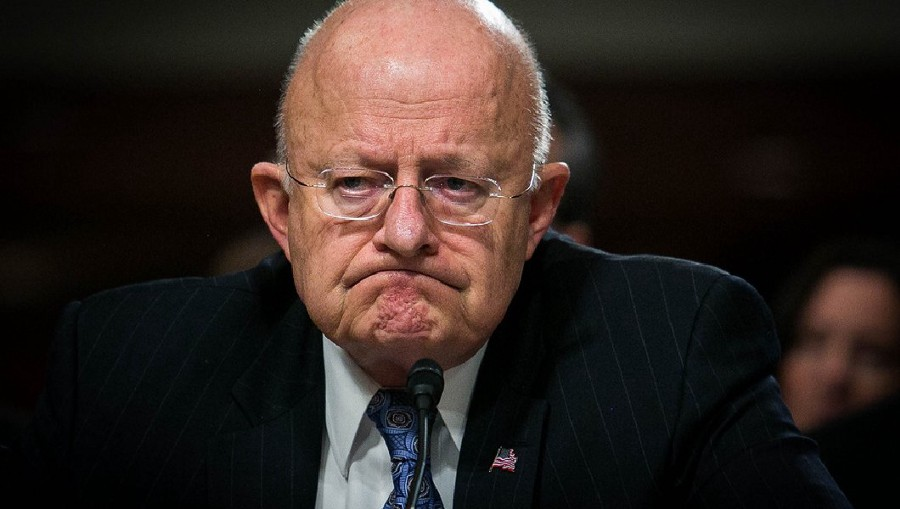 He spoke to CNN’s Jake Tapper with the ringing words:

“I think the world of Gina. I think she is a tremendous intelligence officer. I’ve worked with her on occasion when she served overseas. She had a second hat as the DNI representative and she was great, so I think she will be good for the agency.”

Evidently, members of the establishment are lining up behind one of the most abusive members of Washington’s swamp — newly appointed by supposed anti-establishment hero President Trump who is repeating the revolving door of corrupt presidents past.

Whether the resistance will be able to hold, let alone join the president in his effort as they’ve done in the past, has yet to be seen. Until then, I leave readers with the words of George Carlin: