Fake News: The Texas Shooter Was Antifa AND Alt-Right

In the few hours that have passed since the Texas church shooting in Sutherland Springs, ideologues from both the left and right are assembling their narratives as to which side can be blamed for the shooter’s actions— ANTIFA or the Alt-Right.

Democratic Congressman from Texas Vicente Gonzalez was to first to fall for this trap, telling CNN during a phone interview that the Texas church shooter was a man by the name of Sam Hyde — a figure known as a living meme within the alt-right circles of Reddit and 4Chan. 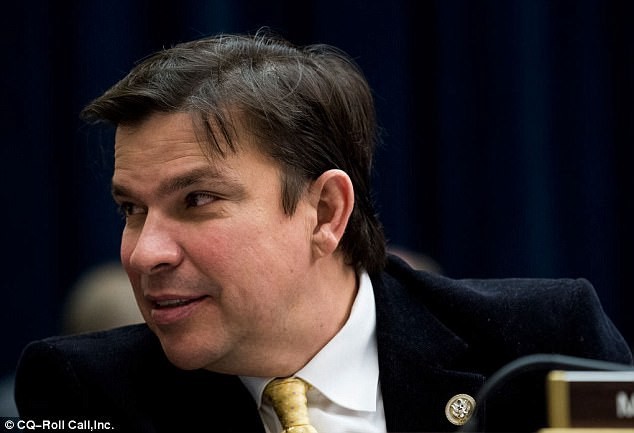 “It was reported to me that he’s actually not from this community. Apparently his name was released as Sam Hyde, that was the name I was given,” the Representative quickly told anchor Ana Cabrera, who failed to fact check his claim.

As you can imagine, trolls globally got their kick out of seeing their meme, which often consists of the “BREAKING: Shooter confirmed to be Sam Hyde” paired with the below picture, come to life before their very eyes: 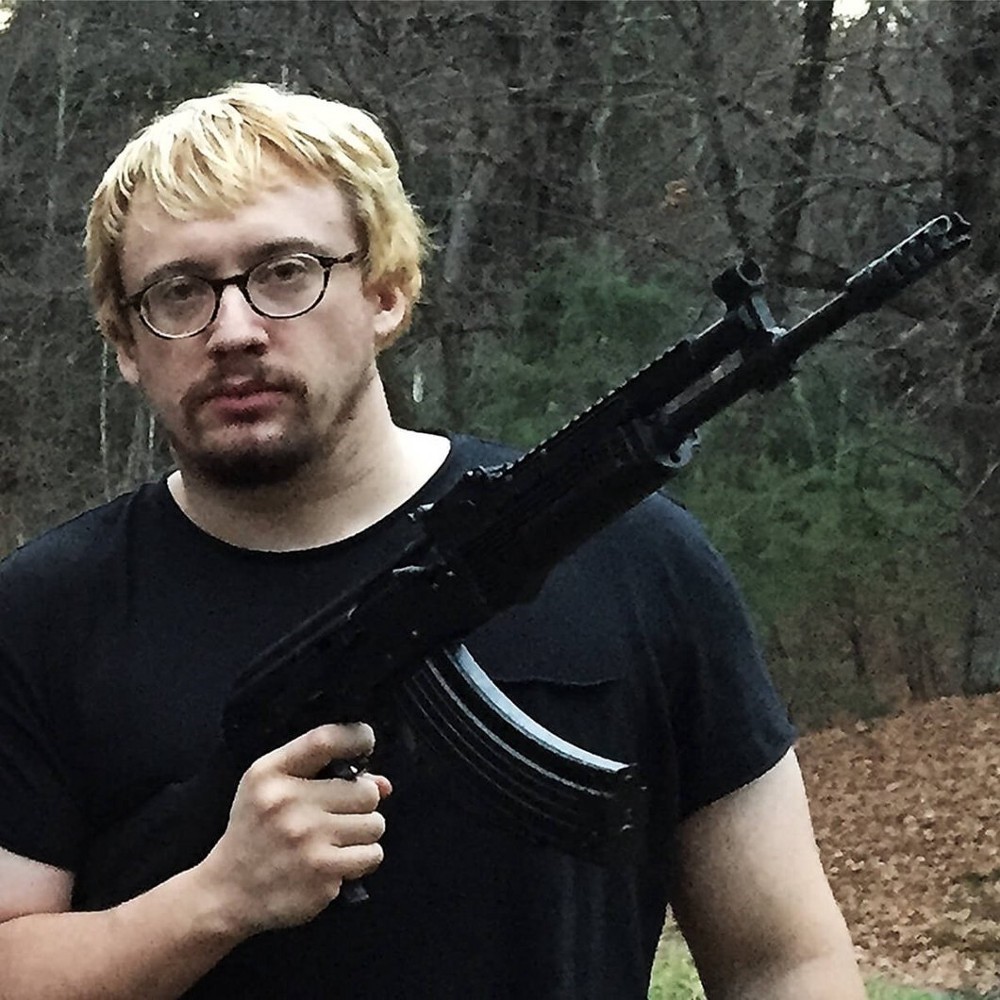 As The Daily Mail explains, the meme started several years ago around the time of the Sandy Hook massacre when the mass shooting debate “began to take up more media attention.”

Often media outlets would seek internet tips as to the name of shooters, which would lead to alt-right trolls filling chat logs and inboxes with the name “Sam Hyde” in the hope that the meme would make it to air as fact. 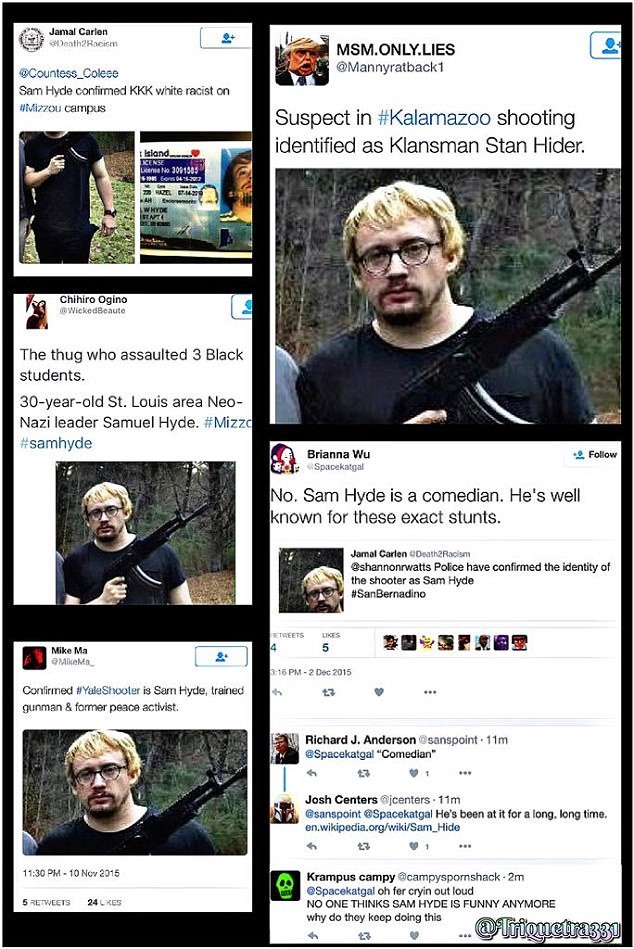 This is not the first time Hyde has been reported as a shooter.

The Daily Mail go on to report the first known Hyde hoax happened during the Umpqua Community College shooting in 2015. This was after CNN placed a photo of Hyde holding his rifle during their coverage. The hoax continued into 2015 with the San Bernardino attack, then into 2016 with the shooting at UCLA, followed by coverage on the Orlando nightclub shooting in July, the murder of Alton Sterling, and the Las Vegas Strip shooting earlier this year.

Meanwhile, in conservative circles, fake news narratives are being weaved that the Texas shooter, whose actual name was Devin Kelley, was a member of the FBI labeled domestic terrorist group known as ANTIFA.

Flimsy accusations of the man being linked to the far-left group came from YourNewsWire.com, who ironically sport the tagline: “News. Truth. Unfiltered.” and based their accusations on a supposed interest in “human rights” on Kelley’s now-deleted Facebook page and a clearly photoshopped image of that page with the Antifa flag: 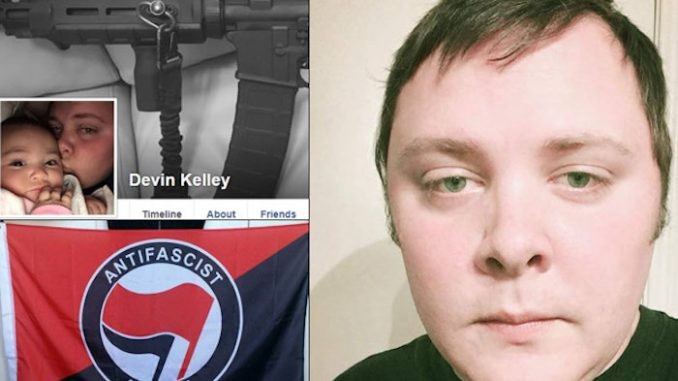 “The gunman who opened fire inside a church in Sutherland Springs, Texas, has been identified as Devin Kelley, an Antifa member who vowed to start a civil war by ‘targeting white conservative churches’ and causing anarchy in the United States.

Devin Kelley, who killed at least 27 people and injured many more, was one of two shooters in the church, according to eyewitnesses, who also report Kelley carried an Antifa flag and told the churchgoers ‘this is a communist revolution’ before unloading on the congregation, reloading several times.”

As I write this, neither police, politicians or news outlets have released evidence as to what the motivation behind the attack was.

Texas Gov. Greg Abbott called the massacre “the largest mass shooting” in the state’s history, however he couldn’t pinpoint what the motive behind it was.

“We know that his ex- in-laws or in-laws came to church here from time to time. They were not here yesterday. So we don’t know why he actually showed up yesterday.”

As reported by Snopes:

As of this writing little is known about Devin Kelley or his motivation for attacking a church, but neither police nor any reputable news organization has offered a desire “to start a civil war by targeting white conservative churches” as a motive for the shooting, nor reported that Kelley carried an Antifa flag and told churchgoers that he was participating in “a communist revolution”

What we need is the evidence, and so far all we have are memes and hearsay.