It seems awfully ironic that just over two years ago, addressing a crowd of around 5,500 so supporters on Roosevelt Island in New York City, Hillary Clinton kicked off her second failing, center-right, establishment presidential bid. The campaign that reached 59% in national unfavorability, lead by a candidate with only 38% in voter trust, with proven financial ties to the banking industry, and is more unpopular than her right-wing campaign rival, President Donald J. Trump.

Yes, the very man who has Goldman Sachs alumni in his administration as the people who are writing his tax plan, and now reigns as the most unpopular president in the history of American polling. Any political analyst, with an understanding of the American populace, can see the center-right bourgeois tactic is not what voters seek in their political candidates. 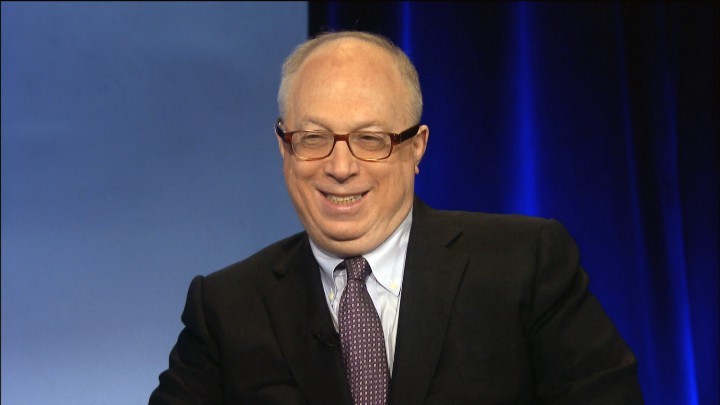 Unless you’re New York Times op-ed writer Doug Schoen —the former Democratic adviser to Bill Clinton turned Fox News contributor — who has some friendly advice for the party he left behind: be friendlier to Wall Street.

To put America’s economic status in context, it was Wall Street that lead to the worst economic crisis this century. Under President Clinton, many of the New Deal banking regulations signed under President Roosevelt, such as Glass–Steagall, were repealed - more than any Reagan Revolution could have hoped to achieve. Americans haven’t lost their deep hatred for suit and tie brokers.

According to a Bloomberg poll, the public holds a negative-21 percent favorable rating towards those on Wall Street. Schoen’s advice to get in bed with that enemy sounds like a disastrous approach.

Schoen tries to say that Wall Street is not all that unpopular. His evidence? The election of that unpopular president Donald J. Trump:

“If voters really hated ties to Wall Street and financial elites, Republicans would not enjoy such a commanding electoral position — or have elected a New York plutocrat president.”

Except the American people did reject a New York plutocratic president: Hillary Clinton.

Like Malcolm X said, if you want to lead people towards the smiling fox you have to show them a wolf. “One is the wolf, the other is a fox. No matter what, they’ll both eat you”. This was 2016’s electoral dichotomy. Not an FDR vs. Herbert Hoover. At least not in action, but meaningless words only.

Schoen ignores the campaign framing that got Trump elected: economic populism. It was his (false) claims of “I’m self-financing my campaign” that made people consider him incorruptible. It was his attacks against Jeb Bush and Ted Cruz on campaign finance that gave him a leg up on the Republican establishment. And it was his attacks against Clinton and Cruz for banking connections, particularly ties to Goldman Sachs, that sold his snake oil, that – shocker - wasn’t real, all the way to November 8th.

To frame Hillary as the one who was populist and enemy of Wall Street is to reject the reality of polling.

Schoen tries to give Democrats four reasons for going softer on the people the public hate. The first: it’s about the money, Lebowski.

“Despite what the Democratic left says, America is a center-right, pro-capitalist nation. A January Gallup poll found that moderates and conservatives make up almost 70 percent of the country, while only 25 percent of voters identify as liberal. Even in May 2016, when Senator Sanders made redistribution a central part of his platform, Gallup found that only about 35 percent of Americans had a positive image of socialism, compared with 60 percent with a positive view of capitalism.”

Schoen’s assertions rest on two assumptions. The first is that to be anti-Wall Street is to be a socialist, and the second is that the polled individuals know what these labels mean and lean towards them issue by issue.

Liberalism and socialism aren’t even the same ideology. That’s strike one; you’re out. Those of us on the left - liberals, progressives, socialists and any on the “alt-left” - can agree on issues such as strong regulation on banks, without completely endorsing each other’s approach. Even those self-described “moderates and conservatives” lean economically left-populist.

New CNN polls show only one-third of the country support the Trump/Goldman Sachs alumni written tax plan, and The Hill reports over 60% of 2014 voters wanted “stricter regulation on the way banks and other financial institutions conduct their business.” Asking those who own stock, 62% in the poll believed “the stock market is rigged for insiders and people who know how to manipulate the system.” 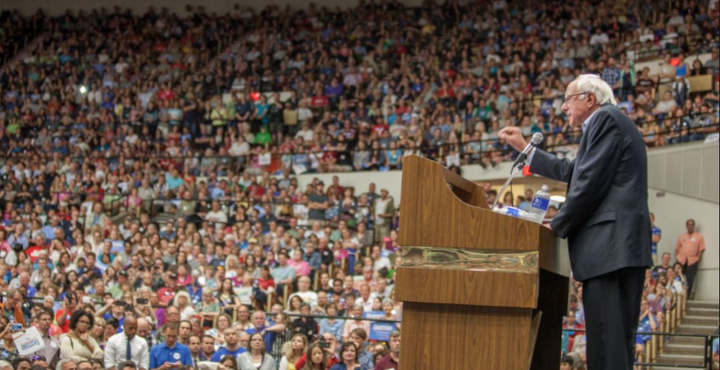 And more surprisingly, studies show moderate and conservative voters in the Democratic primary voted for Bernie Sanders, a self-defined democratic socialist, over the “moderate” Hillary Clinton.

Vermont’s Senator, far and way, is the most popular politician in modern American politics. His primary rallies earning upwards of 10,000 attendees, double that of Clinton, with an approval rating of 65% nationally, with Democrats, Republicans, and Independents giving positive reviews.

This undercuts Schoen’s argument entirely, showing labels only seem to matter in the eyes of political analysts and not the voters themselves.

Next, Schoen tries to make a moral argument that it’s wrong to criticise one industry while supporting another:

"It is hypocritical for Democrats to maintain ties to Silicon Valley and then turn their backs on the very people who help finance its work. The financial industry brings to market the world’s most innovate products and platforms that expand the economy and create jobs."

It’s a straw-man of the left. Financial regulation doesn’t crush all capital. We’re still in favor of market economies, the way of Denmark and Sweden and any Nordic model. We just don’t want organized money going unrestricted.

Then we get into straight up Wall Street apologetics and contradictions from the lobbyist:

"Demonizing Wall Street does nothing to bridge the widening gaps in our country. Wall Street has its flaws and abuses, which were addressed in part by the Dodd-Frank financial reform law. And yes, the American people are certainly hostile to and suspicious of Wall Street. But using this suspicion and hostility as the organizing principle for a major political party will consign Democrats to permanent minority status."

I thought Americans didn’t hate Wall Street? Schoen undercuts his own argument, and the arguments of people like him such as Clinton adviser Peter Daou, with their attempts to be honest and transparent. These “flaws and abuses” they admit are true, but they’re not forgiven or forgotten. Especially by the supporter base of Bernie Sanders and Donald Trump, as well as moderates with economic populist sympathies.

“Addressed in part by the Dodd-Frank financial reform law,” but not by the criminal law, right Schoen? Not a single Wall Street executive saw the inside of a prison for The Subprime Mortgage Crisis, the subsequent Great Recession, and tax paid bailouts that went to end of year bonuses for those same executives after their economic crash. 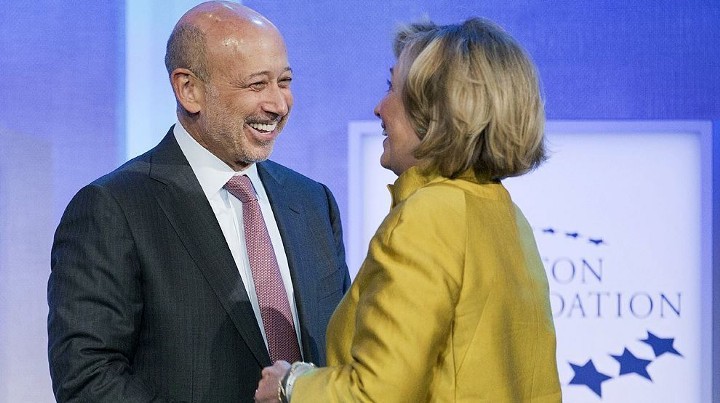 To quote comedian George Carlin: “It’s a big club, and you ain’t in it.”

It’s no wonder disaffected Clinton Democrats joined the Republican party. Schoen seems to fit in with their status quo regressive politics perfectly. For those of us who disagree, we welcome their hatred.