The Sanders-Clinton schism, contrary to what establishment media wants you to believe, is alive and toxic within the Democratic party.

Try this exercise in political blindness: You’re a Democrat. You’ve lost over 1,030 seats in the span of an eight-year government. That’s 9 seats in the Senate, 62 in the House, 12 in Governorships and 958 state legislative seats since the Tea Party wave of 2010. You’re wiped out on all levels of government. And from your seat, surrounded by the fire of your party as progressives and true liberals are garbed in hoses and Bunker gear, you try to say “this is fine.”

This is the political lens one can assume of Mr. Gabriel Debenedetti, a journalist for Politico who penned an article a week or two back declaring: “Bernie backers give Dem incumbents a pass in 2018”. The journalist writes: “The Sanders-Clinton schism isn’t plaguing the party in Senate races so far. Instead, it’s Republicans still facing intra-party heat”.

Why is this a problem? Well, it only ignores every single populist left organization gearing up for a 2018 election.

The most notable are Justice Democrats, a progressive organization founded by The Young Turks’ CEO Cenk Uygur and Secular Talk host Kyle Kulinski, who are running 29 candidates in The House and Senate as of October 2017. 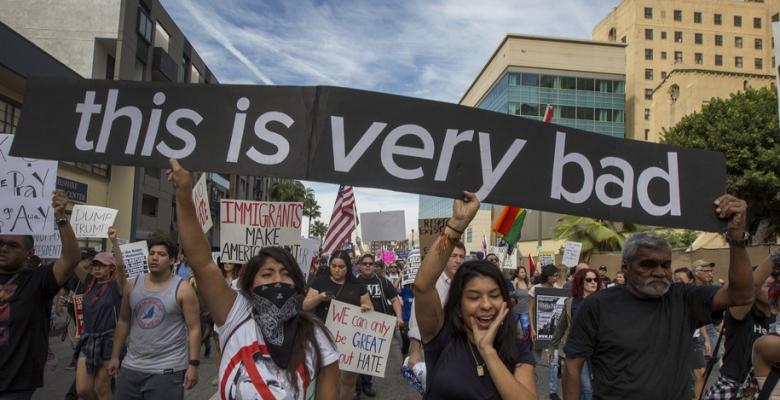 Candidates who have the endorsement and backing of groups such as Our Revolution, Brand New Congress, People For Bernie, Democratic Socialists, Fight For 15 and National Nurses United, raising just over $3M in small dollar campaign donations.

Do these candidates exist? Are Uygur and Kulinski progressive magicians who are just the illusions of George Soros? Or is the media very selective in which groups and candidates they turn their eye of power to?

I venture to guess the latter.

One of those unpersoned candidates is Paula Jean Swearengin, the primary challenger to West Virginia’s Democratic Sen. Joe Manchin III, who participated in one of the most popular Reddit Ask Me Anything’s in the site’s history, let alone for any Senatorial candidate.

Their organization is already in alliance with California’s Silicon Valley representative Ro Khanna, one of the few progressive candidates who has expressed interest in the challenging of “corporate Democrats.”

Regarding California Senator Dianne Feinstein’s decision to run for reelection, Rep. Khanna told Vox that Feinstein is “out of touch with the grassroots” on economic and foreign policy.

“After 47 years in elected office and 25 years in the Senate, she continues to cling to office as a voice for the status quo. The fact the establishment is rallying around her re-election shows that DC insiders continue to privilege protecting one of their own over the voter's concerns. How many time voters have to demand change before we listen?”

Does that appear like Rep. Khanna is giving his California colleague a “pass”? Or would he be one of the unpersons if not for him already being in office?

An early poll from this August found 57% of the city’s residents said then-mayor William Bell was doing an “excellent” or “good” job. Only to be upended by the Bernie Sanders-backed Our Revolution campaign which saw Woodfin, running on a populist message, win by a 58% victory.

Does Mr. Debenedetti mention these names? No, but he does take the time to highlight some left-wing opposition…they just so happen to be sideshow oddities in the vein of Donald J. Trump.

He does take the time to highlight actress Cynthia Nixon, known for her role in Sex and The City, who he suggests may run a “long-shot challenge” against incumbent New York Gov. Andrew Cuomo.

There’s also mention of former Rhode Island Gov. Lincoln Chafee, the 2016 presidential candidate who got negative 1% during his time in the polls, who may run against first-term Gov. Gina Raimondo, also criticising her from the left.

With Nixon at least her mention is not without merit. Speaking to The Today Show, Nixon has expressed interest in the idea, critiquing Cuomo from the left on his lack of educational funding, but neither have even filled in the paperwork, let alone set their mind to actually running. All the while Debenedetti never mentions groups with millions of dollars who are running.

It’s the erasure of populist voices. See no evil, hear no evil, speak no evil. If you don’t cover something, the people will have no idea whether they want it or not. With Hillary Clinton, who Wikileaks show proposed the “pied piper strategy” of “elevating Trump,” they went in the direction of a populist right-wing candidate. All the while media stations like CNN would show his empty podium the same time a populist left candidate like Bernie Sanders would be giving a speech.

By extension, they are erasing you, true liberals and progressives. It’s about time you make your silenced voice heard.