Emma Watson, well-known for her acting role in the Harry Potter franchise, has faced staunch criticisms over one photo from a recent set of pictures released by Vanity Fair. The image, featuring Watson in an open, white crocheted bolero jacket with no bra or shirt underneath, has exploded online with many commentators claiming that she has betrayed her feminist ideals by posing in an image where parts of her breasts were exposed. 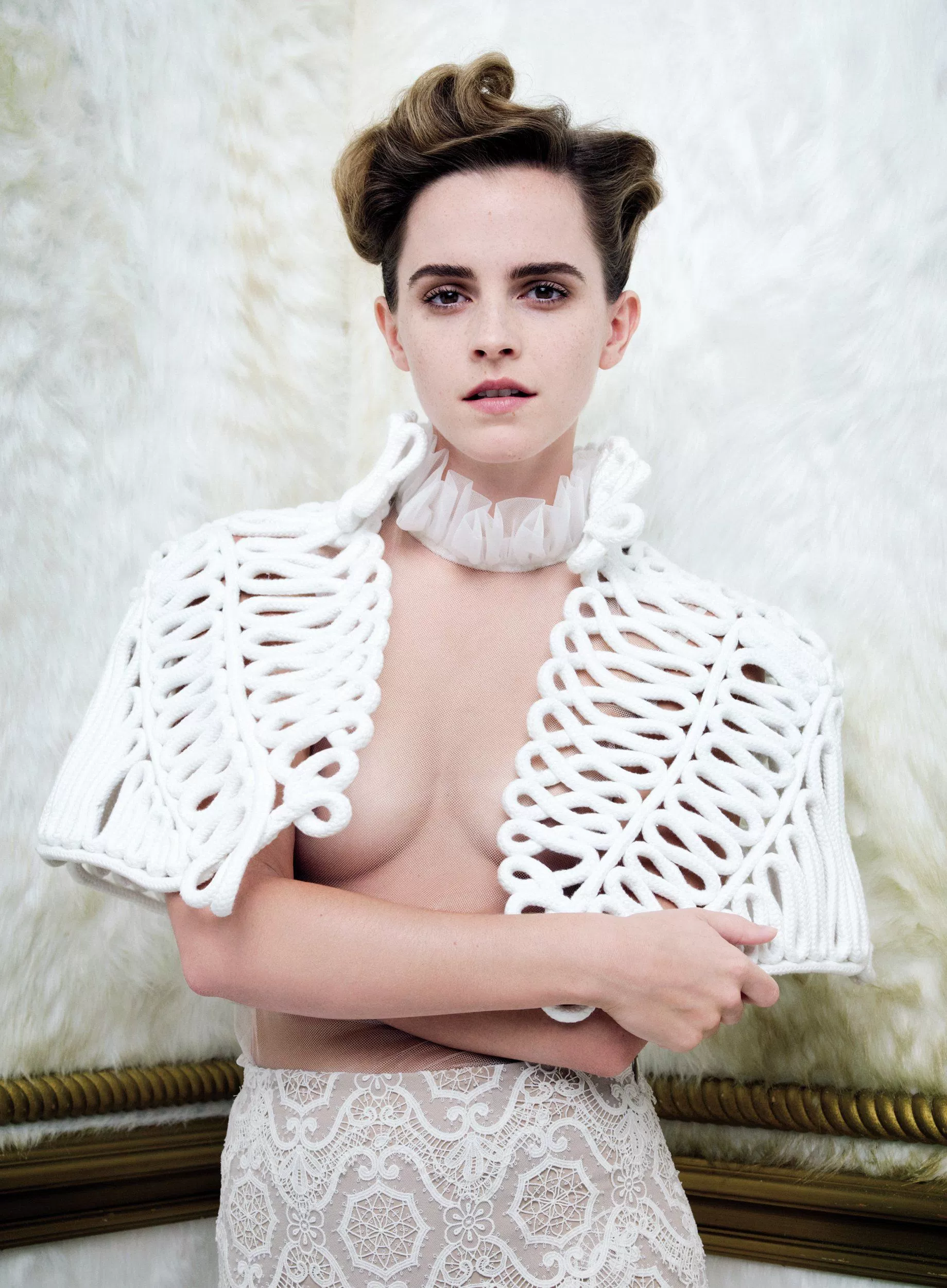 One of the stars in the upcoming live-action Beauty and the Beast, she addressed the controversy while promoting her latest film.

“It just always reveals to me how many misconceptions and what a misunderstanding there is about what feminism is,” Watson said. “Feminism is about giving women choice. Feminism is not a stick with which to beat other women with. It’s about freedom, it’s about liberation, it’s about equality. I really don’t know what my tits have to do with it. It’s very confusing. I’m confused.”

As a United Nations (UN) goodwill ambassador and one of the pioneers of HeForShe- a campaign to make men advocates for feminism- Watson has become one of the few celebrities still willing to embrace the label of feminism. Her comments have drawn controversy due to her thoughts back in 2014 though. In an interview with Wonderland magazine, Watson and fellow young feminist Tavi Gevinson discussed their reaction to Beyonce’s self-titled 2013 album, and more than just the Beyhive have been pointing out the hypocrisy of her words.

“I was very conflicted,” Watson said several years ago. “On the one hand, she is putting herself in a category of feminist...but then the camera, it felt very male, such a male voyeuristic experience of her.” Many justifiably interpreted that to mean that Watson felt Beyonce’s sexuality undermined her feminist messages. There does appear the be a certain degree of stick-beating involved there, but unfortunately, it appears most didn’t bother reading the rest of the interview, because Watson shared her full words on the topic via Twitter in response to the hate she was receiving:

“[Beyonce] does make it clear that she is performing for him. And the fact she wasn’t doing it for a label, she was doing it for herself and the control that she has directing it and putting it out there, I agree is making her sexuality empowering because it is her choice…” You get a sense of, ‘I can be a feminist, I can be an intellectual, I can be all these other things, but I can also be ok with my femininity and being pretty and with all these things that I thought might negate my message or negate what I am about.’...It is so inclusive and puts feminism and femininity and female empowerment on such a broad spectrum.”

Although there are other well-known public figures who argue for feminism, there are just as many who argue against it. Especially in North America, there are many who feel that feminism is no longer needed, or more commonly mistake feminism for misandry. Misandry has sparked the men’s rights movement in response, but do not be mistaken: feminism is the desire for everyone to have equal rights. There are some arguments that this is egalitarianism, which has some merit. But the truth is that the fight for equality is the feminist fight; we simply believe that women should gain rights in order to be equal as opposed to removing rights from men. That’s it. Literally. Man-hating, bra-burning, or countless other misconceptions don’t have a place in feminism.

Full disclosure: I am female and identify as a woman. I’m writing from a perspective of a girl who constantly must prove myself in the office while at the same time look impeccable. I’m speaking from a past where I used to endure constant comments about my physical appearance while serving food to a table, dropping off drinks, or walking home by myself when the sun set. I’m coming from a position where, despite my bachelor degree, college diploma, and multiple career successes, I end up needing to not only prove my education and knowledge, but constantly justify my actions and management of company resources and personnel.

If we ignore my personal appeals, there are multiple studies that prove that women still have a fight. Wells-Fargo just released a new report last month that discusses how women still earn 80 cents for every dollar earned by a man.

“Over the past 50 years, women have made significant gains, but progress towards closing the pay gap has stalled over the past 15 years,” the first page reads. Employers still consider losses concerning maternity leave for female employees, if any is provided at all. Women are still threatened and killed for exercising their right to say no, to have autonomy over their own bodies. And we’re still being told what we’re allowed to do with our bodies, especially in regards to reproduction.

Men are never exposed to the same level of obsession over what they are wearing (or aren’t wearing), how much they weigh or what they look like naked. Take, for instance, David Letterman being on the cover of the New York Magazine. Everyone discusses his comedic skills and talent without the judgments of how he now looks like a mall Santa or the Unabomber. Or how a photo of Orlando Bloom “baring all” has done nothing to detract from his career whereas a single nude of a female can destroy her career in the media. This isn’t to say that is always the case of course; Kim Kardashian has famously turned the publicity from her sex tape scandal into an empire. But I think that’s what makes feminism wonderful, and why I describe myself as a feminist. Feminism gives women the right to express themselves as they see fit, whether it be in exposing underboob or covering oneself head to toe. Women should be allowed to choose what empowers them.

I personally don’t think there’s anything wrong with Watson’s photo, or any of the others famous photographer Tim Walker took for the Vanity Fair shoot. If you really want to break it down, Watson’s photo is different because it doesn’t seem catered to a male gaze. She’s standing proudly, arms crossed but not defensive, showing a dominant expression that doesn’t involve lip biting or drawing attention to her semi-nudity. But that isn’t what this is about.

Beyonce is a feminist. Emma Watson is a feminist. Nothing either one wears or does in the name of art should detract from their messages of equality. But it seems that people just love to try and tear down those who are standing up for a cause. The fact that Watson needs to explain her artistic choices just demonstrates that the feminist fight isn’t over.