Despite being the most lied about man in the United States of America, even the far-left aren’t wrong in saying President Donald Trump is no friend to the transgender community.

Last Thursday, speaking to BuzzFeed News — that pretend news outlet the president once accurately labeled “a failing pile of garbage” during a White House press conference — an official at The Department of Education announced they would no longer investigate any bathroom complaint filed by a transgender student citing discrimination based on their gender identity.

There is no surprise, of course, about this decision, rather it is one of the many times the Trump administration have taken their partisan ax to transgender integration with society.

During the 2016 campaign, like many topics, then-candidate Trump was on every side of almost every issue. Most notably, Trump told an NBC Town Hall that if transgender icon Caitlyn Jenner (male-to female-transitioned) were to walk into Trump Tower, he would allow for her to use the female bathroom of her choosing — a comment that was eventually walked back when pressured by religious right primary challenger Ted Cruz (R-TX) who falsely compared transgender individuals to both rapists and toilet perverts stalking and assaulting women and children in restrooms.

When the man rose to the highest office, Trump rolled back Obama-era executive policy which enforced the 1972 federal civil rights law called Title IX — allowing transgender individuals to enter the bathroom corresponding to their gender preference.

“No person in the United States shall, on the basis of sex, be excluded from participation in, be denied the benefits of, or be subjected to discrimination under any education program or activity receiving Federal financial assistance.”

Trump’s rollback was conducted back in February 2017, just under a month after his inauguration, with Trump officials releasing both a memo and court filings detailing they would consider the “legal issues involved” with the former president’s orders.

According to BuzzFeed’s timeline, the administration followed the transgender debate last June, with the president’s Department of Education issuing their own memo detailing how it’s legally “permissible” to reject a transgender student’s restroom case. The administration said it believed isn’t violating any civil rights laws , leaving the door open to exceptions to that rule.

Speaking to the Education Department’s spokesperson Liz Hill, however, the Trump administration’s position is quite bigoted and clear —transgender students will be rejected on the bathroom issue, with no investigation or questioning considered in any case.

“Title IX prohibits discrimination on the basis of sex, not gender identity. Where students, including transgender students, are penalized or harassed for failing to conform to sex-based stereotypes, that is sex discrimination prohibited by Title IX.

In the case of bathrooms, however, long-standing regulations provide that separating facilities on the basis of sex is not a form of discrimination prohibited by Title IX.”

Hill is fair to note other complaints may result in investigations, however, in the technical sense of the word, the administration is openly bigoted on where and how those students pee.

Such a stance is odd considering President Trump has positioned himself as the “law and order” candidate for the Republican Party. To already dismiss cases of discrimination, without any investigation into potential injustice and criminality, is disqualifying of such a sheriff-like title —taking a letter of the law approach to enable the dismissal of transgender students from bathrooms, rather than the spirit of the law approach to equal protection under the law.

In an email to BuzzFeed News, this interpretation of the law was challenged by Catherine Lhamon, the former head of the Department of Education’s Office for Civil Rights under the Obama administration. 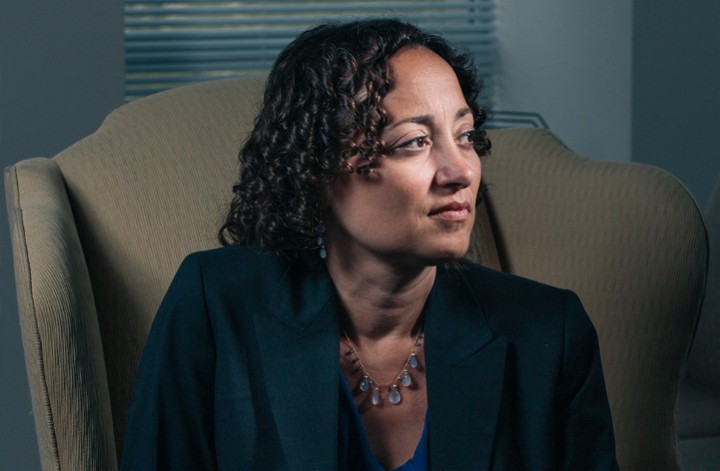 “Until now, the official position of the Department has been that Title IX protects all students and that they were evaluating how that protection applies to the issue of bathroom access.

This new categorical bar of civil rights protection for transgender children required to attend schools every day ignores the text of the law, courts’ interpretation of the law, the stated position of the Department to date, and human decency.”

Moral judgments aside, by progressive logic (who specifically differentiate between sex and gender) this law, as written, isn’t exactly a slam dunk for the pro-trans stance.

As quoted above, Title IX is listed as equal protection of the sexes, not the genders. To interpret the law to benefit the transgender community requires one to concede that gender is not a social construct separate from sex, but intertwined with sex in some capacity, be it biological, psychological, etc.

These transgender activists would be better off arguing based on the Fourteenth Amendment of the Constitution which reads:

“No State shall make or enforce any law which shall abridge the privileges or immunities of citizens of the United States; nor shall any State deprive any person of life, liberty, or property, without due process of law; nor deny to any person within its jurisdiction the equal protection of the laws.”

Legally, this could give the transgender community the upper hand if such a case regarding equality under the law were to go as high as the supreme court - a very likely outcome given the anti-trans actions of the current Trump administration.

Lately, an attempted ban on transgender soldiers from joining the United States military was stricken down by judges throughout the country for affording two tiers of citizen status based on identity characteristics rather than merit.

Attorney General Jeff Sessions issued instructions that would strip transgender workers’ rights from the 1964 Civil Rights Act, also curiously citing the difference between sex and gender as a pitiful justification for known discrimination that wasn’t on the intersectional stack of traits.

Activists, however, seem set on arguing from the more difficult position of Title XI, with BuzzFeed reporting on the suspension of school restroom policy by both the 6th Circuit and 7th Circuit — stating that “transgender students were likely to prevail at trial using claims under Title IX.”