Republican politicians love to tout the slogan of “states rights” and the liberty that comes from federalism… until it happens to interfere with their corporate agenda. There’s been no clearer hypocrite in this regard than reigning Education Secretary Betsy Devos, the Trump appointee who issued a new order to Massachusetts Attorney General Maura Healey and other US state officials who wish to take on the student debt industry: not if our big government has anything to say about it.

According to leaked federal documents reviewed by Bloomberg, it was reported in late February that The Department of Education was seeking federal laws to be heavily applied that would prohibit state governments from regulating debt collection companies pertaining to student loans — a complete reversal from their 2016 proposal which would allow states to self-govern in regards to licensure and regulations.

Mick Mulvaney, the new chief of the Consumer Financial Protection Bureau, recently gave Bloomberg the expected response to any scandal from the Trump administration — bashing Former President Barack Obama. Chief Mulvaney told the reporter some oh-woe-is-me tale of how the Obama era oversight was “too aggressive” towards the debt companies such as Navient and Nelnet, affirming the comment lawyer Whitney Barkley-Denney also gave saying the department “seems to have taken a position that servicers are more important to the department than borrowers trying to repay the loans.”

Generally, the rule in American politics is when the federal government doesn’t step in to tackle an issue, the states will decide the fate of their citizens — a standard practice often embraced by the right-wing from pre-civil war America and even to marijuana-strong California. The Trump administration, being the notable exception to Republican standards, has seen the department do away with this rule in favor of big government. Over the past few months, states that go beyond Illinois, California, and Connecticut revealed they would be enacting new state laws that would offer protections for their student-loan borrowers, the most notable case of debt protections being brought to the Massachusetts superior court in March.

According to a report from Reuters, the state judge refused to dismiss a lawsuit filed by Attorney General Healey against one of the largest student loan servicers in the country, Pennsylvania Higher Education Assistant Agency (better known as PHEAA or FedLoan Servicing). 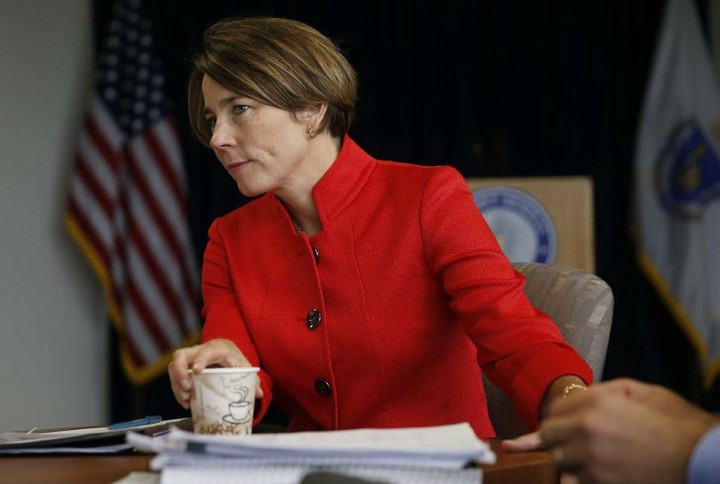 The quasi-government institution has been accused of overcharging students and set the monthly payments so that they don’t qualify for debt forgiveness. Healey, being a Democrat seeking to reign in predatory companies, said the ruling was “a victory for the thousands of students and families in Massachusetts who have been victimized for far too long by student loan servicers.”

This victory, of course, is being challenged by the curiously named Department of Justice under Attorney General Jeff Sessions — a man also known for tossing away the states rights argument for things such as a nation-wide ban on marijuana, regardless of it was passed for recreational and medical reasons in the states. This time they believe Healey isn’t just wrong, but doesn’t have the authority to sue. Officials for the Justice Department told The Boston Globe they are seeking to “preserve the important federal interests in cost-effectively and uniformly administering and streamlining the federal student loan programs” — the companies currently managing up to $1.3 trillion in their student loans portfolio.

Healey, ever the underdog, gave a statement to The Intercept showing she’s unafraid of Secretary DeVos and the federal government’s latest constraints:

“Secretary DeVos can write as many love letters to the loan servicing industry as she wants, I won’t be shutting down my investigations or stand by while these companies rip off students and families.

The last thing we need is to give this industry a free pass while a million students a year are defaulting on federal loans.”

This follows our November report in TrigTent highlighting DeVos’ actions to end full debt-relief for students who had been defrauded by their universities. We argued this decision was most definitely swayed by her connections to the student debt industry, highlighted in the DeVos Family’s financial records with the private investment and management firm, the RDV Corporation.

This firm had their own financial connection to LMF WF Portfolio, a debt collection company which oversaw the financing of a $147 million in loans, also doing business with the Department of Education under the name of Performant Financial Co. This company, which got 14 contracts from the department, also happened to have racked up a staggering 346 complaints for abusive conduct like calling debtors at work, calling family members of debtors at work, and potentially illegal behavior, detailed in the findings of The Better Business Bureau. One complaint came from a 90-year-old World War II vet harassed by the student debt company for “a nonexistent student loan” held with the disgraced bank Wells Fargo.

Under the current DeVos guidance, politicians with personal bias like Secretary DeVos would benefit from the handicapping of states’ right to self-govern and investigate illegality. It definitely has the optics of corruption.

In a statement on behalf of The Consumer Federation of America, Christopher Peterson argued that lawmakers are within their rights to challenge corruption when they see it and ignore the federal Higher Education Act which doesn’t override states’ consumer protections — as California lawmakers intend to do. He concludes:

“Now the Trump Administration is attempting to trample states’ authority and the best interests of student loan borrowers to pad the bottom line of debt collection businesses.”