“They were careless people, Tom and Daisy — they smashed up things and creatures and then retreated back into their money or vast carelessness, or whatever it was that kept them together, and let other people clean up the mess they had made…” — F. Scott Fitzgerald, The Great Gatsby

On the left, there’s this romanticised story of the Clintons, who have been the focus of political and personal scandal for well over 25 years, that describes them as America’s iron couple. Husband and wife, united in perseverance, taking on the corrupted world. You could picture it in some shameful children’s book written under their orders, backed with their money and soaked up by partisans and establishment reporters.

Many buy it. Many, like myself, do not. But there’s a key demographic that sees the Clintons as liars, auction off their critical thinking and excuse away their falsehoods, all in service of their side’s “lesser of two evils.” Or as Bill Maher dares to frame it, protecting “an imperfect friend” from being replaced by “a deadly enemy.” It’s this theory of fearing the monster we don’t know, who may, in fact, be worse for us all, that’s allowed a lot of undue slack to be cut for crooks like The Clintons.

Last week, another woman went on American television to tell her story of how a powerful political figure sexually preyed on her. The accused was not Alabama’s Republican contender Roy Moore, Democratic Senator Al Franken or President Donald J. Trump. It was Bill Clinton.

Juanita Broaddrick: "All victims matter. It doesn’t matter if you’re a Democrat or a Republican…We all have the right to be believed." pic.twitter.com/BBEkoKV63d

“I feel like people are starting to believe and realize that I was truly sexually assaulted by Bill Clinton,” Juanita Broaddrick told Fox News, a near two decades since she went public with her story. “All victims matter. It doesn’t matter if you’re a Democrat or a Republican. Who cares if you’re straight or you’re gay, or if you believe in God or not. We all have a right to be believed.”

In light of society’s recent cleansing of sex predators, which has seen Clinton voters like Harvey Weinstein and Kevin Spacey ousted as unscrupulous pariahs, the left, after 25 years of “whataboutism” from honest liberals, critical conservatives and partisan right-wingers alike, are now starting to acknowledge the skeleton in their closet are indefensible.

Matthew Yglesias, a progressive writer for Vox, stated “I think we got it wrong. We argued about perjury and adultery and the meaning of the word ‘is.' Republicans prosecuted a bad case against a president they’d been investigating for years. What we should have talked about was men abusing their social and economic power over younger and less powerful women.”

The Guardian’s Yolanda Wu, a former women’s rights attorney and law professor, writes “when Paula Jones filed suit against Clinton, I was assigned the task of analyzing the merits of her case. Looking back, we could have done much more”.

The Atlantic’s Caitlin Flanagan, a self-professed “lifelong Democrat, an enemy of machine feminism and a sexual assault survivor,” wrote, “the Democratic Party needs to make its own reckoning of the way it protected Bill Clinton.” MSNBC host Chris Hayes echoed her words, taking to Twitter with: “As gross and cynical and hypocritical as the right’s ‘what about Bill Clinton’ stuff is, it’s also true that Democrats and the center left are overdue for a real reckoning with the allegations against him.”

As gross and cynical and hypocrtical as the right's "what about Bill Clinton" stuff is, it's also true that Democrats and the center left are overdue for a real reckoning with the allegations against him.

Newsweek’s Marie Solis started to wonder if their feminist hero Hillary Clinton, who positioned herself as the anti-assault candidate against a man who said “grab ’em by the pussy” on a hot mic, might have played a role in discrediting and threatening the women who accused her husband of assault.

Even The New York Times’ Michelle Goldberg penned an op-ed column with the headline: “I Believe Juanita,” stating “we should look clearly at the credible evidence that Juanita Broaddrick told the truth when she accused Clinton of raping her.”

And like that, ethical liberals and conservatives alike joined in one slow, disgusted clap:

For 25 years women like Juanita Broaddrick, Paula Jones, Kathy Shelton, Monica Lewinsky, Kathleen Willey and Leslie Millwee have waited for some revisionism or critical look at the former president’s record and exploits.

“It’s about time,” Willey told The New York Times in a telephone interview from her home in Richmond, Virginia. “We’ve waited for years for vindication.”

“It’s like me and Juanita and Kathleen have been screaming for years for someone to pay attention to us on the liberal side, and it’s like no one would hear us. They made fun of me. They didn’t believe me. They said I was making it up.”

Every leftist’s refusal to be critical of Clinton gave right-wingers like Roy Moore, currently accused of four counts of sexual misconduct, some of which with minors, ammunition to deflect and call hypocrisy.

In no way excusing his own actions, Moore is right to call hypocrisy. 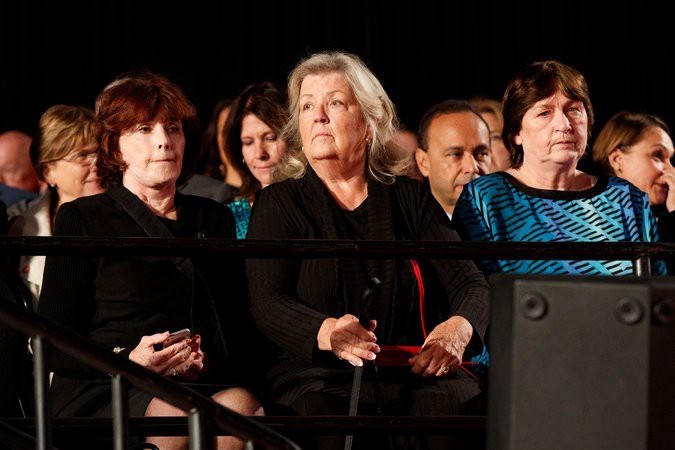 Last year, Trump even brought Broaddrick, Jones, and Shelton to the second presidential debate, using them as a deflection from his own actions and words, criticizing the former president for potential harm and his first lady of not listening and believing.

The closest Democrat who has expressed condemnation is New York Senator Kirsten Gillibrand, who has willingly accepted the political support of the Clintons, who last week caused Washington controversy for saying the former president should have resigned over his affair with Monica Lewinsky. 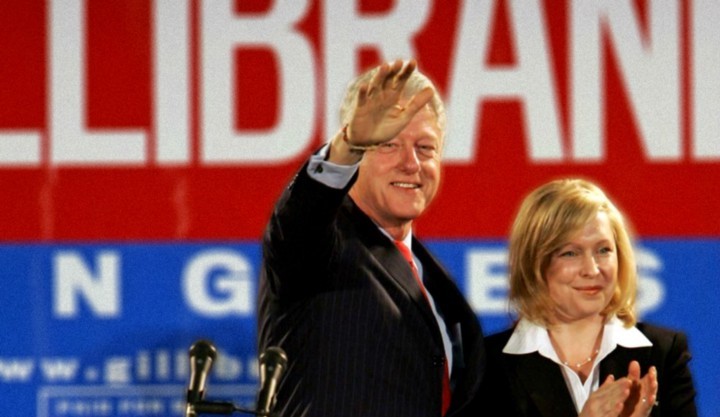 “Yes, I think that is the appropriate response,” Gillibrand said, The Times noting she gave a distinct pause beforehand. “But I think things have changed today, and I think under those circumstances, there should be a very different reaction.”

The party was on the wrong side of history, allowing their “New Democrat” fox, who acted about moderate enough to be a Republican, to control the hen house. Enacting more deregulatory policy than any Reagan revolution could wish for, all the while potentially assaulting as many women as your standard “family values” hypocrite.

The Clintons are not an iron couple, who brave smears and remain upright against injustice. No, it’s them who are the ones crying foul, declaring everyone bullies as they tear apart lives, leaving the rest of us to clean up the glorious mess they’ve made.