A Bowie State University student and Army officer set to celebrate his graduation this week was instead remembered at a vigil on his campus on Monday and honored at the school’s commencement ceremony on Tuesday. Richard Collins III was murdered at the University of Maryland (UMD) on Saturday in what police are calling an unprovoked attack. The FBI is now helping to investigate whether it was a hate crime.

The 23-year-old business administration and ROTC student who was commissioned an Army officer last week was stabbed to death on the University of Maryland campus early Saturday by Sean Christopher Urbanski. Collins was unknown to 22-year-old Urbanski, and police are currently holding him without bail on first and second-degree murder charges.

Full details are currently being investigated, but preliminary reports state that Collins was waiting for an Uber ride around 3:00 AM on May 20 along with two friends who were UMD students at an on-campus bus stop. They had originally been waiting for a shuttle bus but realized they had missed the last bus. According to witnesses, Urbanski approached the group and said, “Step left, step left if you know what’s best for you.” Collins simply replied with “No.” At this time, there is no official reason for why Urbanski responded to this refusal by stabbing Collins in the chest, but Collins later died in hospital from his wounds.

Social media exploded with the news, and it was quickly revealed that Urbanski was a member of the racist Facebook group ‘Alt-Reich: Nation.' Although his defense lawyer cited media reports saying Urbanski had been intoxicated at the time of the crime, Judge Patrice E. Lewis refused the request for bail, drug counseling, and GPS monitoring.

“He is an absolute danger to the community,” Lewis said. Once Maryland police discovered Urbanski’s participation in Alt-Reich Nation, they contacted the FBI.

“Suffice to say that [Alt-Reich Nation is] despicable. It shows extreme bias against women, Latinos, members of the Jewish faith and especially African Americans,” the police stated at a news conference Sunday. However, the FBI and the Prince George’s County state’s attorney are saying that determination on whether this is a hate crime will take more time. They asked for patience from the victim’s family, friends, and the public as they investigate the circumstances. The group has since been deleted, but authorities have discovered it was an online forum for racist and sexist memes along with other inflammatory material.

Although I appreciate the thorough investigation into all possible motives, I’m going to have to jump on the bandwagon here and agree that this is looking more and more like a hate crime. I wouldn’t call this a lynching as some members of the African-American community are- of course, given the recent controversy with the Mississippi State representative calling for the lynching of those who agreed with slavery monuments being removed, I can sort of understand the word choice.

This story is heartbreaking and infuriating at the same time. There are now countless articles circulating detailing Collins’ caring personality and determined and competitive spirit, which I completely approve of. Nothing pisses me off more than when perpetrators of violent crimes get the spotlight, because they should never get that sort of fame (whether that infamy sparks action from like-minded individuals is a separate point of discussion). Truthfully though, I don’t think we should mourn Collins just because of who he was. It’s tragic that he was due to graduate this week, or that he was commissioned as a second lieutenant in the Army, or that he always went out of his way to help someone in need. All of these are admirable qualities and descriptions, and it is sad that the world is now missing a person who undoubtedly would have been an asset to society. But I think we should mourn him because no life deserves to be ended by an act of hate. 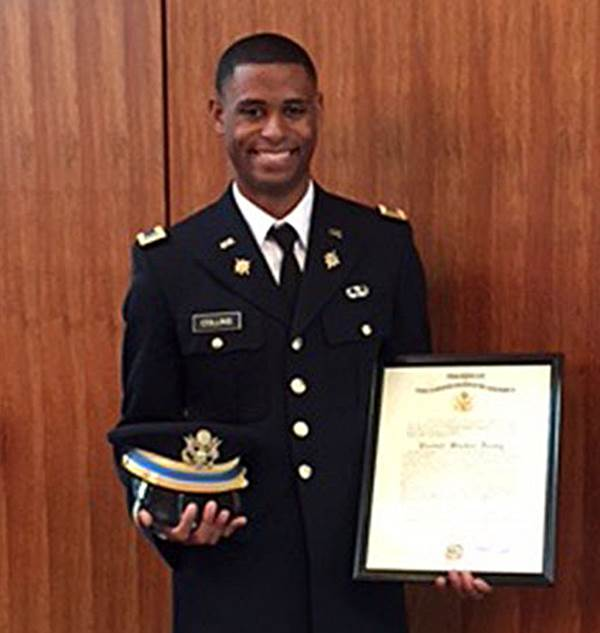 Reverend Darryl L. Godlock, a Collins family spokesman, told reporters that Collins “was not a thug. This was a very caring individual. He was highly intelligent, and he was at the peak of his career. He loved his family, he loved people that he came in contact with, and more importantly, he loved his God.” Which is all well and good- these are beautiful sentiments- but I think it sends the wrong message. Even if Collins had a criminal record, dropped out of high school, or was a ‘thug’ it would not make his murder any more justified. If he were though, media coverage of this story would presumably be different. I mean, looking at past coverage of Trayvon Martin, Terence Crutcher, even David Dao, and many others determines that if a victim has even a sprinkling of questionable past actions, they will probably be dragged through the dirt in the media. Victims are so easily vilified, especially when race comes into play, and their friends and family are left trying to prove some strange point that the victims are not responsible for their own deaths. In this particular example, even though police called Collins’ murder unprovoked, Godlock still felt the need to stress that this was an upstanding young man.

There is a sickening tendency to spend more time critiquing the backgrounds of the dead than those who ended their lives. I find this detracts from the systematic issues that allow such acts to occur, whether it’s police violence or racist killings. At a press conference, UMD police chief David Mitchell tried to stamp this down, saying, “Anyone who feels empowered by what happened[ed], the only thing I can say is that if you want to harm our students, you are going to have to go through us. We are not going to tolerate any harm brought to our students. Not on my campus. Not on my watch.” It sounds good, but I’m not convinced that this is enough of a deterrent for extremists to stop.

Honestly? I think this should be investigated as more than just a hate crime. Imagine if Urbanski had frequented an ISIS website instead of an alt-right group. What tone would the investigation take then? What agencies and forces would be mobilized? What if Urbanski had been carrying a firearm instead of a knife? How many more victims would we be remembering? I hate playing the what if game, but it can’t be helped here. By all accounts, Urbanski is starting to sound like a homegrown terrorist- except for the color of his skin. He even had his support in the small, local police department of Anne Arundel County, Md. The police department has since suspended one of their officers after that officer’s social media posts supporting Urbanski’s actions were brought to light. 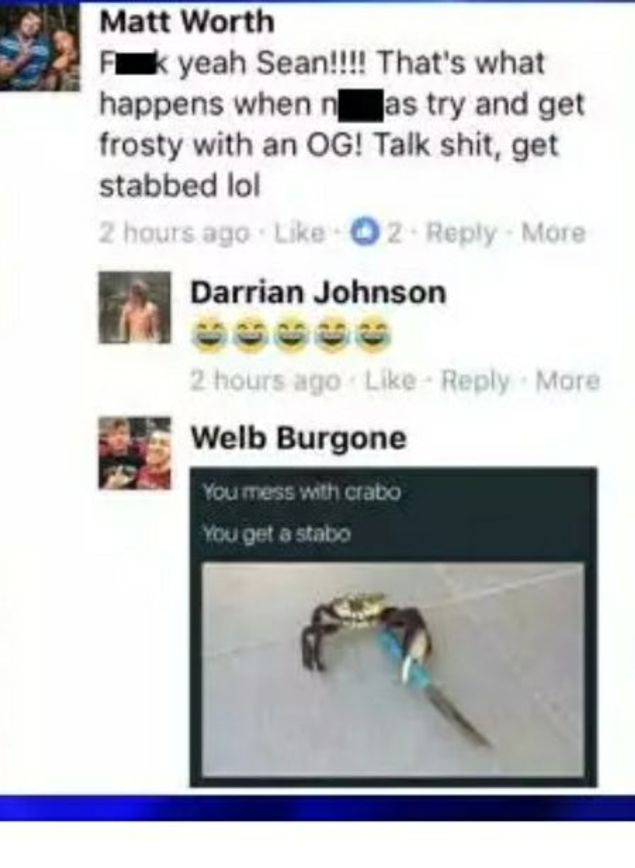 This, coming from a police officer. And the plethora of racist and anti-Semetic posts coming from the New York Fire Department have sparked intense backlash. And these are coming from within institutions. I don’t have time to get into the debate of why these creatures are coming out of the woodwork now, but we have to stop pretending that white supremacists are just lone wolves. We have to stop pretending they aren’t terrorists. Urbanski should be charged with terrorism as well as murder, like James Jackson, who traveled to Baltimore to specifically kill black men.

The essence of terrorism is to intimidate, to instill fear, and to force those targeted to kneel at the threat of violence. To treat Collins’ murder as anything remotely like an isolated event is a disservice to not only his family, but visible minorities and POCs across the country. We’ve reached a point now where this fight against the emerging alt-right and white supremacists will only lead to more bloodshed, unless we start treating them like the terrorists they are. I don’t agree with the violence of protests against conservative speakers, but we need to start treating alt-right individuals and white supremacists spreading disgusting rhetoric like the violent instigators they are. Otherwise, we may be remembering more than just one respectable lieutenant and university graduate.