Late night comedian Bill Maher used one of his latest “new rules” segments to take on the biggest issue facing The United States: urging the president, who he so often describes as the “Buffoon-In-Chief,” to escalate tensions with another nuclear superpower.

“If Russia is going to keep attacking America, then America really should fight back,” he said this Friday on HBO’s show Real Time with Bill Maher. His words met with an odd round of jingoistic applause. “[America] may have stopped fighting The Cold War, but the Russians never did.

Hillary Clinton spent over a billion dollars on the campaign and the Russians beat her with $150 grand, all because they were able to turn Facebook into ‘Fakebook’. Or better yet, ‘Shit Starter’. That’s what their meddling was meant to do: start shit. And boy, was that was easy to do because Facebook is the place thinking went to die.”

His segment comes after months of Democrat goal-post moving as to how these supposed “Russian hackers” interfered with the 2016 presidential election. Whereas the claims used to be that Russians hacked voting machines (proven false by CNN), hacked the DNC’s emails (proven false by Salon), hacked John Podesta’s emails (denied by Wikileaks editor-in-chief Julian Assange), the new narrative seems to be Russia used legal means to spread literal memes and messages to the voting bloc.

Using Facebook ads, YouTube channels (with as little as 200 subscribers) and games such as Pokemon Go, they were able to, as Maher says, “start shit” and get voters fighting and riled up… based on little and overblown “evidence”… during an already intense election where people were already fighting, debating and starting shit. That’s quite a stretch to excuse away Hillary’s loss, if I do say so.

This is even taking into account the misinformation being spread regarding these so-called coordinated Facebook campaigns that Maher mentions.

Comedian and commentator for The Young Turks, Jimmy Dore, exposed that this single $150 grand campaign wasn’t a single campaign at all. Facebook only found $4,700 worth of ads that are connected to the Russian government, and only $57,000 were spent on political ads from Americans and natives who are based in Russia. Meaning not every single ad, or even a majority of ads, were pro-Donald Trump and Anti-Hillary Clinton.

Consortium News reports that: “One Russian-linked account spent $7,000 on ads to promote a documentary called ‘You’ve Been Trumped,’ a film about Donald Trump’s efforts to build a golf course in Scotland along an environmentally sensitive coastline. Another spent $30,000 on ads questioning whether President Obama needed to resign. Another bought ads to promote political merchandise for Obama.”

An organized campaign wouldn’t have such mixed messages, would they? Particularly ones with pro-Obama messages when, at that time, Putin and Obama were near conflict in Syria. Democrats like Bill Maher are taking collective hysteria to an individualist scenario, or better yet, a country vs. country sledgehammer to a political system where the individual citizens are hurting and, for one reason or another, simply didn’t vote for Hillary. 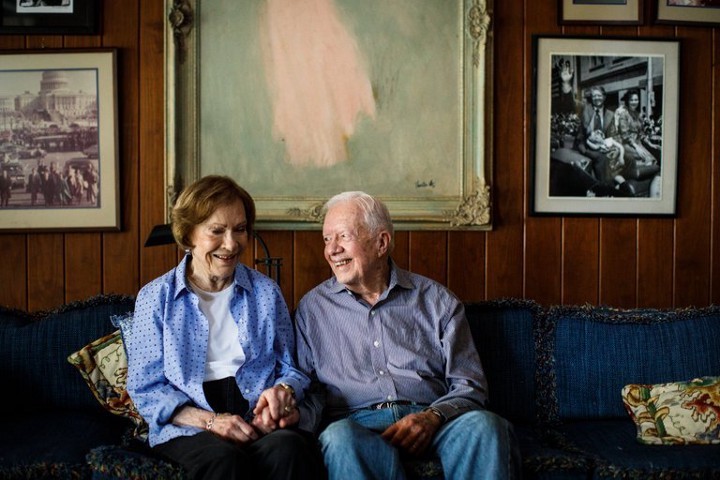 This includes former Democratic president Jimmy Carter who recently told The New York Times: “I don’t think there’s any evidence that what the Russians did changed enough votes, or any votes. We voted for Sanders.”

Now Democrats can’t even speak the words of their own former presidents and admit where they went wrong. Like Hillary Clinton using the majority of her own political ads on ineffective and divisive personal attacks than on policy. Or not campaigning in Wisconsin, Michigan and other key states she neglected. Or her choice to not visit factories affected by disastrous trade deals and union busting.

No, instead Democrats like Bill Maher echo the sentiments of former Republican nominees like Mitt Romney, who was famously mocked for his 2012 statement: “Russia is the number one geopolitical threat in the world.” A statement that was met with former president Barack Obama literally saying “the 1980s called, they want their foreign policy back.” And only Maher knows if he means “fight back” in a political sense or militarily. Either way, you’re playing with fire and fury.