There’s a growing cottage industry of becoming what’s known as a “professional victim.” Where as right-wingers like Gavin McInnes may accurately call liberal arts “barista degrees,” it’s the gender studies departments that are at the forefront of the pathway to victimhood. At least, that’s what Dr. Joanna Williams, the academic lecturer for Kent University, has argued in her latest book.

Titled Women vs Feminism: Why We All Need Liberating from the Gender Wars, Dr. Williams’ work critiques the doctrines of “everyday sexism” and the concepts of “rape culture,” coming to the conclusion that these social, “fashionable” norms have a “debilitating” effect on the confidence of both men and women, whether they subscribe to the ideology or not.

Dr. Williams argues that the narrative of modern feminism, which is by its definition about advocating for women’s rights on the assumption men have it better, is outdated. Of all graduates, girls outperform their male counterparts by a 55% majority by comparison, and more females are going to university than at any other time in history.

That advocacy for one group over an other seems to have overshot the mark.

“I do think that there is one particular feminist narrative that seems to dominate in education,” Dr Williams told The Sunday Telegraph, “but it is increasingly out of touch with reality. Girls are doing so much better at school than boys,” considering only 45% of graduates are male, “and yet we are having people like The Everyday Sexism Project are coming into schools sends out a message of: ‘just you wait, there are real difficulties ahead’. When women go out into the world of work and experience obstacles, rather than persevering they think ‘oh these are the insurmountable barriers I was told about’. 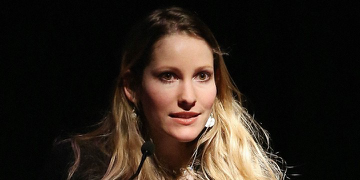 For context, this Everyday Sexism Project was set up in 2012 by Laura Bates, an English Literature graduate from Cambridge University and a columnist for the UK publication The Guardian. Her site’s self admitted goals are as follows:

“The Everyday Sexism Project exists to catalogue instances of sexism experienced on a day to day basis. They might be serious or minor, outrageously offensive or so niggling and normalised that you don’t even feel able to protest.”

You could say that’s a noble goal of Bates, wanting these voiceless types to have a platform to speak of their woes. A free speech absolutist should be happy feminists have that, as those of us who disagree expect the same from them. But are the voiceless narratives being pushed, which seep their way into the media and lectures of academics, creating, ironically enough, an unsafe space for these students on campus? Let alone for society as a whole?

Dr. Williams argues that “it is very difficult for women to present themselves as powerful, strong and capable if they think they need to be wary and anxious” of “rape culture” as an “epidemic” of sexual assault on campus.

“So if someone pays you a compliment, [you are told] that is outrageous. You are told it is not a joke, it is a sexual attack, it is ‘everyday sexism’ or a ‘micro-aggression’. It can also be tragic. I gave a talk at my university and a young woman came up to me at the end and says she doesn’t leave her room after dark. When you teach girls they are victims, they believe it. But this is not in keeping with reality and it can become quite debilitating.”

An example of this hysteria can be found in the infamous narrative, cited by former United States President Barack Obama and former Vice President Joe Biden, of “1 in 5 women being assaulted during their time on any given college campus”.

Where did this narrative come from? Well, the statistic originated from a 2007 Campus Sexual Assault study conducted by the National Institute of Justice, a subdivision of the Justice Department.

As explained by a feminist YouTuber, who goes by the name of HBomberGuy, the use of the results are based on unscientific, reductionist methods that have been applied nationwide:

“If you’re going to claim that Obama and Biden’s use of these figures is reductionist, I would agree with you, but that’s what the data implies and it’s also what the rest of the data implies. One in five is obviously an estimate based on incomplete data”.

And he’s exactly right. It’s an estimate. Based on unspecified methods, definitions and a small sample size of students on only two universities: The University of Cincinnati and the University of North Carolina.

If one were to look at the survey, with an unpartisan view, they would come away with a very rough estimate of 1 in 5 being “assaulted”, however they mean it, in some regard on those two universities.

The Washington Examiner explains several questions were worded in ways that could have given the misimpression of sexual assault taking place. Their examples include interpretive questions on the survey which read: “[Were you] unable to provide consent or stop what was happening because you were passed out, drugged, drunk, incapacitated or asleep?”, or to answer “events that you think (but are not certain) happened”.

This shows that there could be an interpretive misdirection between all parties as to what sexual assault and sexual harassment means. 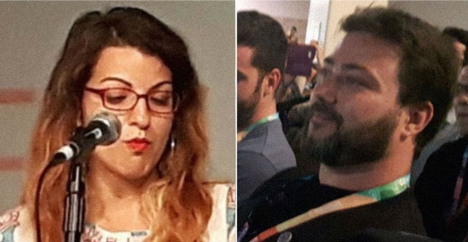 A prime example of this interpretative misdirection is the drama that unfolded this year at California’s VidCon between feminist video game critic Anita Sarkeesian and the so-called “sexual harassment” committed by YouTube anti-feminist critic Carl Benjamin, aka Sargon of Akkad.

Whereas Benjamin, who has criticized Sarkeesian in the past, simply wanted to attend her VidCon panel and sit peacefully in the front row as part of the audience, Sarkeesian swears on her site Feminist Frequency quote:

“That is itself an act of harassment and intimidation”.

When you have that much of a difference in world views, it’s hard to get a fair estimate on a survey if you admit it’s unscientific.

The only intention of the survey was to give a rough estimate. To say it’s definitive is absurd, and to apply it nationwide, based on what we’re given by The Justice Department, is insane. We just don’t know.

For it to be true, this would give legitimacy to the joke made by the notorious right-wing critic of feminism, Milo Yiannopoulos, who told Australia’s program Studio 10 the feminist application of the study would suggest college campuses are as dangerous as The Democratic Republic of the Congo. 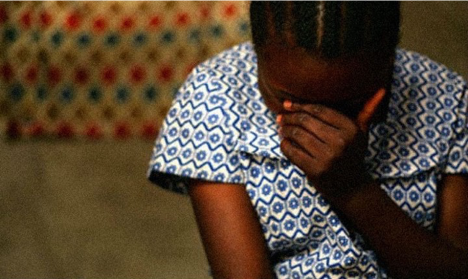 In May 2011, The Guardian reported on a study, produced by the American Journal of Public Health, which found 1,152 women are raped every day, which comes to about 48 women raped in the Congo every hour. They explain: “That rate is 26 times more than the previous estimate of 16,000 rapes reported in one year by the United Nations.”

That means 12% of women in the Congo had been raped at least once, 3% of women across the country were raped between 2006 and 2007, and about 22% had also been forced by their partners to have sex or perform sexual acts against their will. This would have to be the case on college campuses to be true, which would understandably send young women and men into a hysteria.

The Huffington Post backs up Dr. Williams’ view, referring to a 2016 study which found feminists may experience more anxiety disorders as a result of strong feelings towards “the wage gap”, a feminist narrative that “women only make 77c to every man’s dollar for the same work”.

The article cites Katherine Keyes, an author of the study, who states:

“While it is commonly believed that gender differences in depression and anxiety are biologically rooted, these results suggest that such differences are much more socially constructed than previously thought, indicating that gender disparities in psychiatric disorders are malleable and arise from unfair treatment.”

This is another feminist narrative which has misrepresented in the media and by former president Obama.

“No matter how many times this wage gap claim is decisively refuted by economists, it always comes back. The bottom line: the 23-cent gender pay gap is simply the difference between the average earnings of all men and women working full-time. It does not account for differences in occupations, positions, education, job tenure or hours worked per week. When such relevant factors are considered, the wage gap narrows to the point of vanishing.”

It seems like a religious fear. To be concern of the sin being committed against you despite no sin being done and, if so, you have the system behind your back.

And then there’s the male disorders associated with feminism. The Daily Telegraph highlighted American feminist academic Camille Paglia who, to the disgust of “the sisterhood”, condemned the feminist movement in part for its “emasculating” portrayal of men in the United States military, citing that men die by suicide 3.5x more often than women and that many have post-traumatic stress disorder or PTSD:

“Primary school education is a crock, basically. It’s oppressive to anyone with physical energy, especially guys. They’re making a toxic environment for boys. Primary education does everything in its power to turn boys into neuters.” 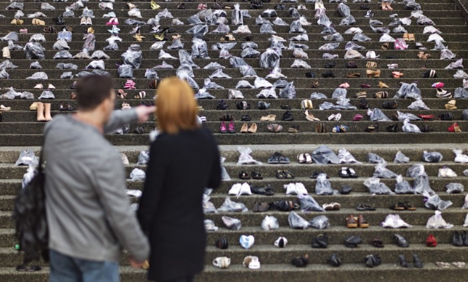 It was this belief in male subjugation and “gender warfare”, paired with mental issues, that lead to the 1989 École Polytechnique massacre in Quebec, Canada.

At twenty-five-years-old, anti-feminist gunmen Marc Lépine, armed with a Mini-14 rifle and a hunting knife, shot 28 people, killing 14 women, before committing suicide. His suicide note reading that he was “fighting feminism” and blamed numerous women, who he assumed were feminists, for “ruining his life”.

Unjustifiable collective monstrosity if there ever was one, where the individual and his own beliefs are the one to blame.

It’s with this we must acknowledge, feminist or not, our words and causes do have an impact, and we must establish a truthful foundation without falling into the dogma and violence of needless power dynamics and collectivism.

One has to wonder what makes one more concerned for feminist causes, where there’s more of a power dynamic that separates us, that isn’t more beneficial through an egalitarian, human rights lens?

Conservative commentator for One America News Network Liz Wheeler asks the same questions regarding this year’s feminist protest A Day Without A Woman:

“What have you been denied because of the patriarchy? Is there a job you’ve been denied because you’re a girl? If so, that’s illegal. Has been since 1963. Has there been a class at school you’ve not been allowed to attend because you’re a woman? No, there’s not, that’s illegal too. Has President Donald Trump taken rights away from you that you had before he was President? No, no he hasn’t. All he’s threatening is your free birth control and acting like, well, you’re acting like hormonal emotional brats about it”.

“If you go back 25 or 30 years ago it really was the case that girls were not doing as well as boys and didn’t have the same education opportunities. You had very good reasons for wanting to challenge gender stereotypes in schools,” arguing to The Telegraph that feminism should presented “in a more positive light” since “pretty much for the first time there is nothing holding them back in their career”.

In her new book Women vs Feminism, which was published this October, the thesis is about how today’s dominant feminism narrative “clearly espouses one idea above all others: that women are disadvantaged and oppressed; routine victims of everyday sexism, casual misogyny and the workings of patriarchy”.

“The better women’s lives are, the harder it seems that a new generation of feminists must try to justify their purpose through uncovering ever more obscure problems”.