VICE: Facebook Allowed Us to Buy Hoax Political Ads “Paid for by ISIS”

Facebook, the endlessly controversial social media empire, prides itself on “building systems to keep the unwanted, inauthentic stuff” off their platform. Last year, Facebook CEO Mark Zuckerberg championed his “democratic values” by issuing reassuring comments the platform would make the process of buying political advertisements “more transparent,” citing the indicted Russian trolls who used their Facebook meme pages to somehow influence the 2016 presidential election. In a new test conducted by VICE News, however, their campaign ad system is reportedly more broken than ever.

Since May, Facebook has introduced a new mandatory label where all political ads must disclose who a particular Facebook post was “paid for by,” releasing a public statement that declared this transparency in campaign funding to be an “issue of national importance.” This is in addition to their announcement last year to create a database of advertisements readily available for researchers, journalists, and the public around the world.

On the eve of the 2018 mid-term elections, the company said their goal was to unveil the “dark money ties” of political campaign finance and show their platform is the truly home of “keeping it real.” Instead, these quite admirable efforts are now a laughing stock, as VICE were able to pose as more than 100 political PACs and figures, both fictional and real, and the platform approved nearly all of their ad requests without a serious critical review.

On Tuesday, according to VICE’s William Turton, the publication was able to buy political ads posing as political figures such Vice President Mike Pence, DNC chairman Tom Perez and the entire terrorist organization ISIS (otherwise known as The Islamic State). This was followed by a report from Business Insider’s Shona Ghosh who was inspired to buy ads posing as Facebook’s new mortal enemy of deception, the banned Cambridge Analytica. 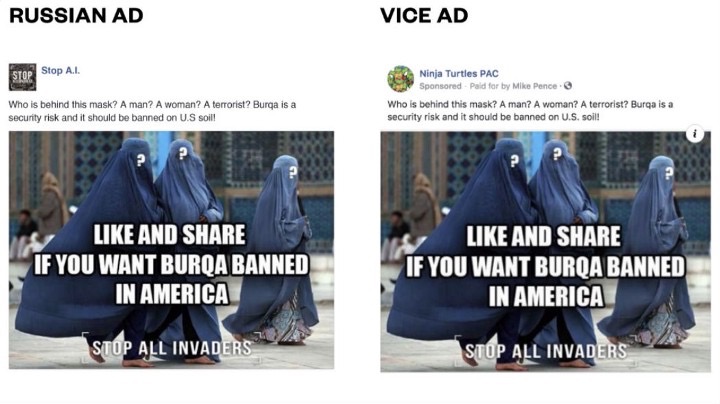 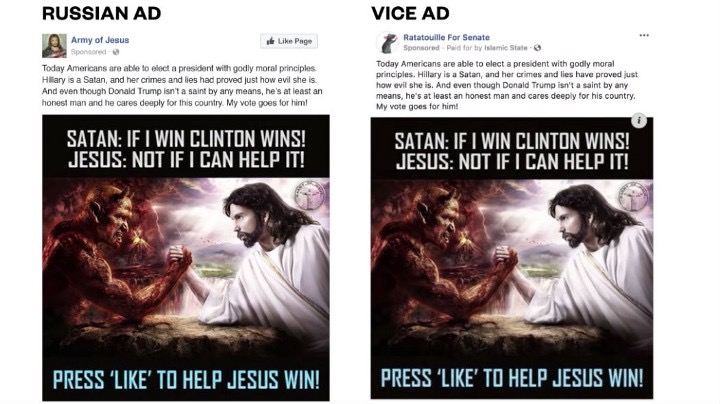 The only figure they denied a paid advertisement from was Hillary Clinton, the former Democratic presidential candidate, though no reason was given was to why. In all other cases, the platform approved these fraudulent political ads through the overly simple process of asking for “proof of residence and a valid ID,” even if that ID was from some Joe-Blow-nobody with absolutely no proof of association to the candidates or organizations, or whether they were real to begin with. This was by no means a genuine verification process. 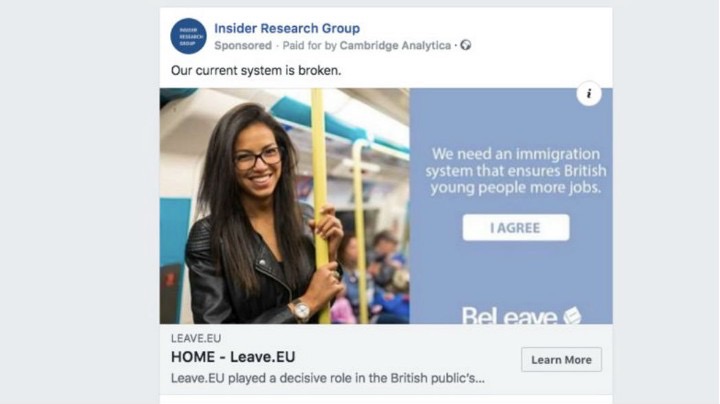 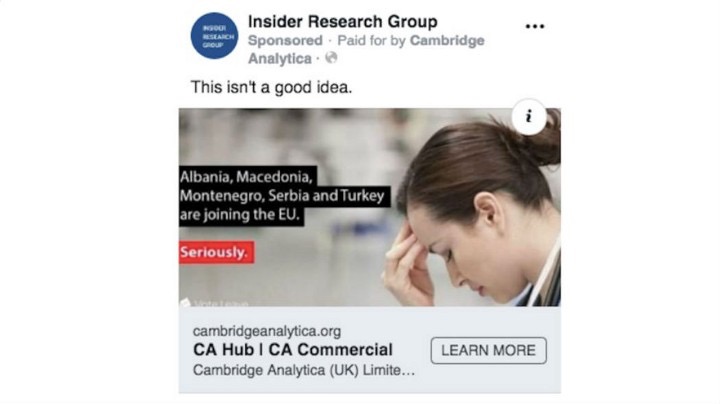 “Inaccurate disclaimers have no place on Facebook and these ads are no longer running,” said Rob Leathern, leader of Facebook’s Business Integrity product management team, in a public statement. “Our goal is to increase transparency on Facebook and prevent foreign interference in elections which is why we have implemented the authorization process and released the Ad Archive. Enforcement isn’t perfect — and we won’t stop all people trying to game the system — but we have made it much harder and we will continue to improve.”

Or is the company backed into a corner and trying to save face?

“Facebook knew who was behind the ads internally,” Turton reports, “but externally, what the users would see was made-up ‘paid for’ information.” After placing the ads, VICE reached out to the platform where the spokeswomen gave them the no-shit-Sherlock response of saying these ads, obviously, “should never have been approved,” but would Facebook have even noticed these ads were frauds if the website didn’t outright tell them so? The spokeswoman goes on to state Facebook is “developing closer relationships with election authorities who could flag potentially non-compliant disclaimers,” but why would Facebook go around touting the process in their latest video update if it wasn’t fully developed?

“As long as I can remember, every radio ad, every TV ad that touched politics always ended with a disclaimer. ‘Paid for by, brought to you by,’’ said Sarah Clark Schiff, the Product Manager of Business Integrity at Facebook. “And there was never anything that was systematic that delivered the same kind of visibility into who paid for paid political content on Facebook, until today.” Does this mean the original two-step authentication process was the real plan until the company got caught out? With all this in mind, why would we expect Facebook to take better self-regulating precautions if their continued history of failure is anything to go by? Or should we be looking to a nationalized form of due process in compliance with a new Honest Ads Act?

In 2016, lawmakers such as Sen. Mark Warner (D-VA) and Sen. Amy Klobuchar (D-MN) introduced The Honest Ads Act, a piece of legislation that seeks to amend campaign reform acts, such as the Bipartisan Campaign Reform Act of 2002 (BCRA), which would “force paid internet and digital advertising to adhere to the same standards as television and radio.” This includes who paid for the ads, how many views it’s received, the size of the donations and the contact information for the purchaser.

Given the scale of the Facebook platform is bigger than even most industrialized nations, let alone traditional media outlets, is there no case for news laws to maintain public transparency of advertisements? Shouldn’t Facebook be subject to the public’s freedom to information regarding their own democracy? As said by Sen. Warner: “The American people deserve to know who’s paying for the ads they see on the Internet just as much as they do the ads they see on TV or hear on the radio.”