“Because of these principles, we do not actively monitor and will not censor user content, except in limited circumstances described below.”
— the old Rules of Twitter, 2009–2015

The History of Twitter, as described by motherboard.vice, appears to be your classic Greek tragedy. The new tech magnate on the scene with ambitious dreams and honorable values of free speech, rising to the top of capitalistic hierarchy on its own merits, only to become our new unethical tyrant.

It’s a character arc worthy of tears, in all honesty.

The original rules, which consisted of around 568 words, were simple.

Alongside the assurances of free speech and privacy, they detailed your rights, freedoms and restrictions regarding Privacy, Copyright, Unlawful Conduct, Serial Accounts, Malware/Phishing, Spam, Pornography, the use of Violence and Threats, as well as protection from Impersonation, which were once protected through the process of “Verification”; to have a blue tick beside your name.

It was not an endorsement of that person.

It did exactly what the name implied: making sure we, the people, know who’s actually who with a simple symbol.

Gone are those days. Now, the company is introducing sweeping changes, as explained on their Twitter support page, which break the very core values the platform was based on: free speech, fairness, and individual privacy.

In their original statements, Twitter proposed new policy actions which would make the verification process act not only as identity protection from impersonation and libel, but also as Twitter’s form of endorsing certain individuals:

“We are conducting an initial review of verified accounts and will remove verification from accounts whose behavior does not fall within these new [user] guidelines.”

The de-verifying of problematic accounts started with Jason Kessler, an organizer for the white nationalist rally in Charlottesville this August, who faced harsh backlash from users who mistook the blue checkmark to mean endorsement. 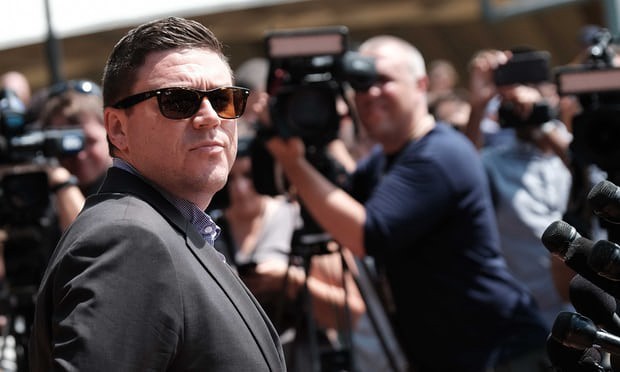 Since then, they removed the check mark from far-right white-identitarian Richard Spencer, the leader of the alt-right National Policy Institute. 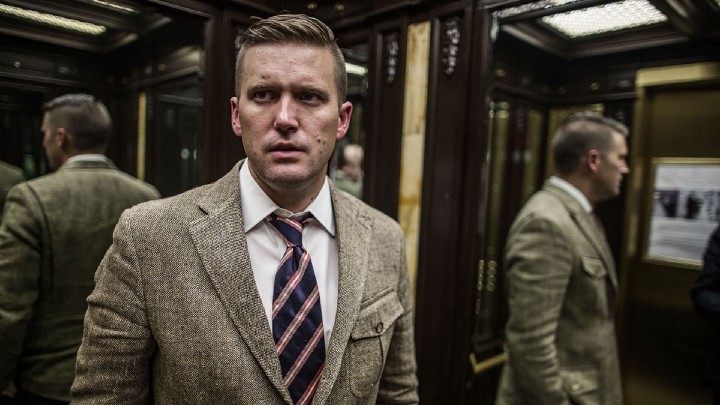 “Verified no more!” Spencer wrote, almost enthusiastically. “Is it not okay to be proudly White?”

Verified no more! Is it not okay to be proudly White?

Now, it’s completely understandable not to feel sorry for these people. People are correct to call them far-right, crazy and racist. If you consider these individuals, Twitter isn’t lying when it says it’s removing far-right individuals… but then we move onto the curious case of Tommy Robinson. 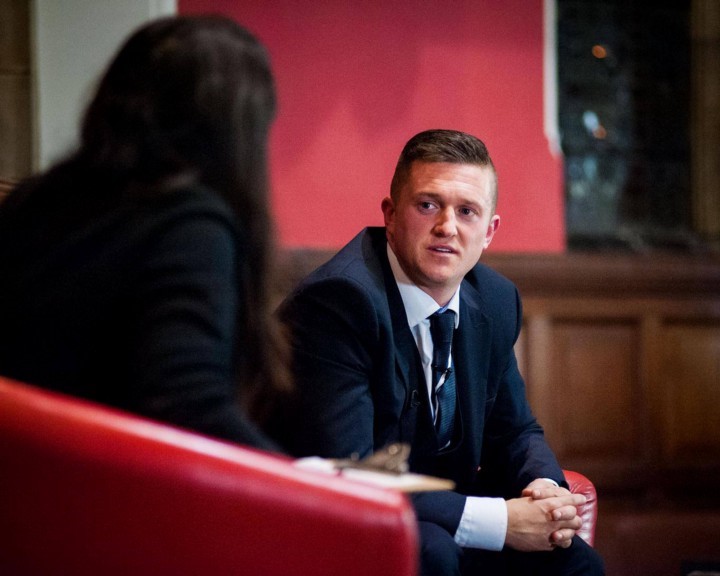 While he works as a provocative reporter for Rebel Media, Robinson represents the slippery slope of editorializing Twitter when you consider his center-right views and actions.

He’s a critic of all religion, but is most noteworthy for condemnations of Islamic extremism, Islamic scriptures and the ideas within Islamism, Jihadism and the faith… we see the same comments from left wing atheists such as Secular Talk’s Kyle Kulinski and The Rubin Report’s Dave Rubin.

Does fair criticism of religion, which is just a culmination of ideas, warrant the brand “far-right” and a Twitter un-personing? Doubtful, I’d say.

But what about his actions? Surely Twitter banned him for some hateful extremism, right? Well, it seems Robinson is not the alt-right’s guy.

Consider the fact that earlier this year, Robinson endorsed former UK Labour candidate Anne Marie Waters, the liberal woman, who is also critical of religion, and ran for the leadership seat of UKIP.

As a journalist, Robinson has heavily questioned Muslims convicted of sex crimes against minors, brazenly questioned the authenticity of anti-terrorism groups like Quilliam, and has specifically left organizations, such as the English Defence League, for its association with Neo-Nazism.

It’s a complicated history when it comes to Robinson, sure, but none have anything to do with the Twitter platform or terms of service. No hatred was incited against people, considering Robinson lives as a free man under UK law, which arrests individuals for inciting hate against another.

Robinson criticizes ideas, which should be commonplace on platforms, yet the court of Twitter have taken it upon themselves to remove that tick.

So what does that tick actually mean now?

“Verification has long been perceived as endorsement,” Twitter wrote. “We gave verified accounts visual prominence on the service which deepened this perception. We should have addressed this earlier but did not prioritize the work as we should have.

This perception became worse when we opened up verification for public submissions and verified people who we in no way endorse. We will continue to review and take action as we work towards a new program we are proud of.”

Essentially, Twitter has given into the narrative that the verification process acts as identity protection AND Twitter’s form of endorsement from an editorial standpoint. This won’t be a problem, surely? Let’s continue.

Since this original statement, The Independent reports that, as of December 18, Twitter will now monitor how their users act “on and off” the platform, leaving certain accounts with a deadline to leave or face forced removal, with more to surely come thereafter.

Watch how you act in the real world, they say, or you will be held accountable, through impersonation, suspension or otherwise, for anything questionable you’ve ever done that isn’t approved by Silicon Valley’s aristocrats.

The same technocrats who can apply these rules, that they have the power to change themselves, to whomever they desire. Regardless if it’s consistent or possible.

“You also may not affiliate with organizations that — whether by their own statements or activity both on and off the platform — use or promote violence against civilians to further their causes.”

Who would that include? Twitter swears up and down this will help crack down on the “hate speech” of deplorable “neo-nazis” and other “extremists” they deem to be problematic, which is quite a broad target for such an ambitious venture.

They seem to be setting themselves up to the following: a Twitter police state that censors everyone, or the creation of a Twitter underclass of users who see the hammer brought down in a spectacularly biased fashion.

Take a guess which sounds more believable for a company to enact.

The Independent goes on to say users will also be banned from using “hateful images or symbols” in their profile images, headers, and biographies.

“You also may not use your username, display name, or profile bio to engage in abusive behavior, such as targeted harassment or expressing hate towards a person, group, or protected category,” the rules dictate.

“You may not engage in the targeted harassment of someone, or incite other people to do so. We consider abusive behavior an attempt to harass, intimidate, or silence someone else’s voice.You may not direct abuse at someone by sending unwanted sexual content, objectifying them in a sexually explicit manner, or otherwise engaging in sexual misconduct.”

Theoretically, this would leave the platform free of: Nazis, communists, socialists, ANTIFA supporters, Islamists and Jihadists, Pro-Zionists, Anti-Semites, Anti-Christians, Anti-Theists, anyone with a hint of critical comments, images, and provocations that push the envelope in any way.

But again, can users trust a company like Twitter, who claim to have the ability, know-how and bipartisan ethics to enforce these standards on absolutely everyone? Or will they act as the editorialists of their own platform?

They already have a track record with the new verification process. What’s to stop them from editorial busybody behavior in other regards? And how will they go about implementing these policies? Many questions like these go unanswered.

Gone are the days of 2009 Twitter, the ambitious tech venture which former VP Tony Wang labeled the "free speech wing of the free speech party." No, the influence of Big Jack Dorsey is ever-reaching, indeed.