The senators requested the agency conduct a probe into whether apps which present themselves as “child-friendly content” are currently in violation of advertising and privacy laws such as the Children’s Online Privacy Protection Act (COPPA). This legislation demands that sites and applications accessible to children under the age of 13 obtain verified permission from the parents before collecting personal details on their children, such as email addresses, phone numbers, locations and “digital ID codes” for targeted commercials. The letter also requests the commission investigate how apps stores, such as Google Play and Apple’s App Store, are able to vet these apps as appropriate for children and how they know whether they’re distributing content truly in compliance with such privacy protections.

“Given the sensitive nature of children’s personal information, app developers, advertising companies, and companies with app stores must take responsible steps to protect kids’ privacy and comply with COPPA,” Sens. Markey and Blumenthal write in their letter. “We urge the FTC to investigate whether these apps, and the advertising companies they work with, are in fact tracking children with persistent identifiers and collecting their personal information in violation of COPPA, and whether parents are being misled about their practices by their placement in “kids” or “families” sections of app stores.”

They proceed to cite a study from the University of California, Berkeley, ironically titled “Won’t Somebody Think of the Children?’, which concludes that thousands of popular free children’s apps continue to violate the law. According to researcher’s findings, more than 3,000 free Android apps (roughly 50% on the market) are targeted towards children and families, as highlighted in their Designed for Families” section, and hold sensitive data without the consent of the consumers. This is consistent with the Times’ findings that children’s apps, such as Masha and the Bear and Fun Kid Racing (currently in the middle of a New Mexico lawsuit), sent precise location information and other data to tracking companies. Though the exact methods of the newspaper weren’t clearly explained, an FTC investigation could hold these monopolistic companies to account.

“It’s clear that many companies are violating that law,” Markey said in a phone interview with the Times, “and that we need to put a spotlight on it and ensure that that type of activity is stopped cold.”

This isn’t the first time Google and the entire children’s app industry has come under legal fire. In April, The Guardian reported that a coalition of more than 20 online privacy advocate groups filed a complaint with the FTC against Google’s video-sharing subsidiary, YouTube/YouTube Kids, for the crime of illegally harvesting the data of children. “Google has made substantial profits from the collection and use of personal data from children on YouTube,” the complaint reads. “Illegal collection has been going on for many years and involves tens of millions of U.S. children,” stating the company would have to pay $41,484 per COPPA violation if found guilty. The cost of these two apps violating the law would already cost billions, let alone if Google is held responsible for thousands of apps they distribute found regularly infringe upon these privacy rights.

“We’re committed to protecting children online with a combination of family-friendly products and strict policies,” a Google spokeswoman said in a public statement to the media. “Protecting kids and families has always been a top priority for us,” alleging their sites such as YouTube aren’t “meant” for children protected under the law. TrigTent has found otherwise. 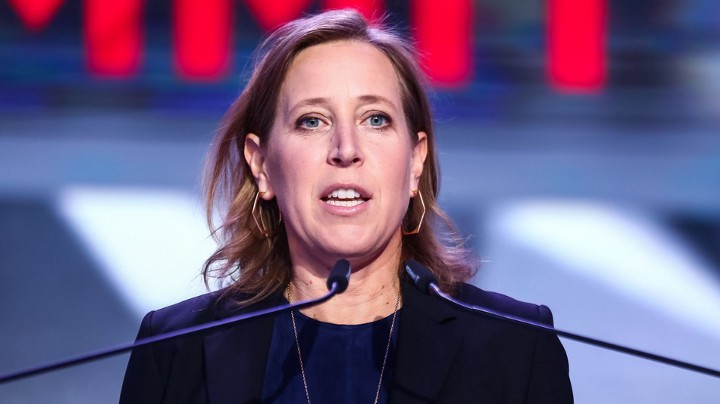 In an article for The Daily Telegraph, YouTube CEO, Susan Wojcicki, admitted her own children freely use the site despite being under the age of 12. They’re joined by 80% of children in the United States, between the ages of 6 and 12, found to be using the mainstream YouTube apps on a daily basis, (according to a 2017 survey by the research firm Smarty Pants), and YouTube doesn’t have many steps in place which restrict their usage. Instead, Wojcicki has used children to justify her hiring of 10,000 more administrators to police the loosely defined “hate speech” and “extremist content” that harm children, which is strange for a so-called non-children platform:

“I’ve seen how our open platform has been a force for creativity, learning and access to information,” she writes. “I’ve seen how activists have used it to advocate for social change, mobilize protests, and document war crimes. I’ve seen how it serves as both an entertainment destination and a video library for the world. I’ve seen how it has expanded economic opportunity, allowing small businesses to market and sell their goods across borders. And I’ve seen how it has helped enlighten my children, giving them a bigger, broader understanding of our world and the billions who inhabit it.”

“But I’ve also seen up-close that there can be another, more troubling, side of YouTube’s openness,” she continues. “I’ve seen how some bad actors are exploiting our openness to mislead, manipulate, harass or even harm. In the last year, we took actions to protect our community against violent or extremist content, testing new systems to combat emerging and evolving threats… our teams also work closely with NCMEC, the IWF, and other child safety organizations around the world to report predatory behavior and accounts to the correct law enforcement agencies. We will continue the significant growth of our teams into next year, with the goal of bringing the total number of people across Google working to address content that might violate our policies…”

In other words, YouTube, like most tech companies, prefer their self-policing approach to privacy problems, which translate into direct and indirect censorship rather than concrete policy, while trying to keep the independent FTC probes off their backs.

“There’s more interest in children’s privacy than there has been in a long time, and that’s related to the broader privacy conversations that we’re having,” said Josh Golin, executive director of the Campaign for a Commercial-Free Childhood and participant in the April complaint, in his conversation with the Times. “Whether that leads to Google being held to account is yet to be seen.”