And the Facebook scandals just keep on coming. Last week an article was published in The New York Times which revealed the controversial social media monopoly “reached data-sharing partnerships with at least 60 device makers — including Apple, Amazon, BlackBerry, Microsoft, and Samsung — over the last decade”.

According to their company sources, it’s been reported that these data partnerships were established even before Facebook apps were placed on smartphones, raising further concerns about privacy protections and whether the company is in violation of a 2011 consent decree issued with the Federal Trade Commission (FTC).

The most concerning data partnership, however, is Facebook’s ties with companies such as Huawei, the telecommunications giant with known ties to the communist government in China, which caused the FBI, CIA, and NSA to label them a national security threat earlier this year. These U.S. officials seem to believe Huawei’s products are being used as a “Trojan Horse” for the Chinese government to spy on international customers, yet Facebook continued the partnership regardless.

Revelations from the Snowden Documents detail how the NSA was fighting back against Huawei, mass-hacking that very same telecom-company during 2014, four years after the company signed their agreement with Facebook. Spiegel Online reports not only did the NSA manage to intercept company emails, they even managed to secure Huawei’s entire source code of products — giving the NSA free reign to scour the company from top to bottom.

“Facebook allowed the device companies access to the data of users’ friends without their explicit consent, even after declaring that it would no longer share such information with outsiders,” explained The Times’ journalists Michael LaForgia, Nicholas Confessore and Gabriel J.X. Dance. “Some device makers could retrieve personal information even from users’ friends who believed they had barred any sharing.”

The report goes on to say information intercepted could include relationship statuses, religion, political leanings, locations, photos (subject to facial recognition scanning), friends lists and events organized on the platform - regardless of user privacy settings.

Vox reports that it was only after the Cambridge Analytica scandal, where the data of over 83 million unsuspecting users was exploited by a Trump-linked advertising firm, that Facebook decided to cut these ties — including their partnership with Huawei. Their defense seems to be this being the legal trend back in 2007 and 2008 when these agreements were signed, which can be shot down with the rhetorical: “well, if your friends jumped off a bridge…”

The New York Times got a comment from a U.S. spokeswoman Caitlin M. Hayden who assured all spying was for “national security purposes,” which seems to be quite the umbrella term for the controversial agency: “We do not give intelligence we collect to U.S. companies to enhance their international competitiveness or increase their bottom line,” the White House spokeswoman told The Times. “Many countries cannot say the same.”

And this last point isn’t wrong. What are Chinese governments and companies to do with such an abundance of data? Can these be used for spying on politicians and activists across the world? Do they pawn any key information off to Chinese companies to enhance their place in the market? And given Facebook’s place as an American company, where were the protections to keep these foreign entities from potential exploitation in the first place? 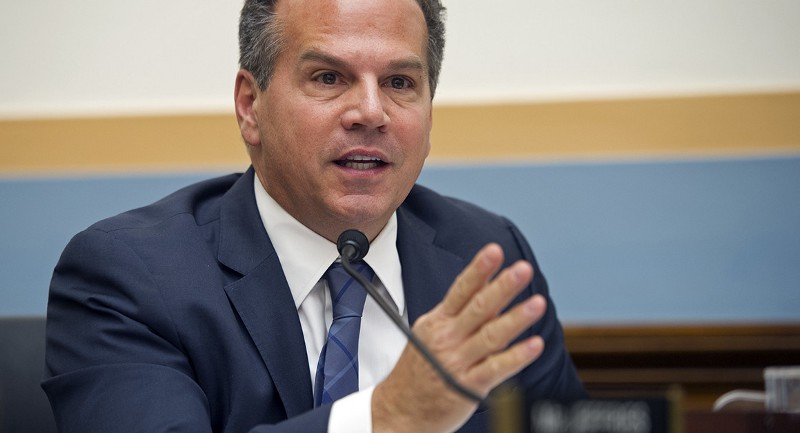 Sure looks like Zuckerberg lied to Congress about whether users have “complete control” over who sees our data on Facebook. This needs to be investigated and the people responsible need to be held accountable. https://t.co/rshBsxy32G

Facebook soon published “Why We Disagree with The New York Times,” a pushback against these accusations written by the Vice President of Product Partnerships Ime Archibong. Their argument centers around how they created these APIs for Amazon, Apple, Blackberry, HTC, Microsoft, Samsung and other device makers to optimize mobile use while apps were in development. When it came time to toss away these agreements, Facebook just didn’t seem bothered enough to do so.

“All these partnerships were built on a common interest…” Archibong writes, “The desire for people to be able to use Facebook whatever their device or operating system.” Facebook continues to stress these companies were under their control and could only use the data to “recreate Facebook-like experience,” but this isn’t comforting given their reputation for tossing information to the highest bidder. “We are not aware of any abuse by these companies," she concludes.

Employees disagree. Sandy Parakilas, former head of third-party advertisement and privacy compliance, said these APIs caused an internal revolt amongst employees.“This was flagged internally as a privacy issue,” he told Engadget.“It is shocking that this practice may still continue six years later, and it appears to contradict Facebook’s testimony to Congress that all friend permissions were disabled.”

It’s unlikely we’ll see Zuckerberg brought up on charges of perjury, despite there being a legitimate case for conviction. However, this would only amount to political theatre with no discussion about the real issues. Data privacy is more than just one man lying to the government or Trump-linked firms — it’s about how to prevent unjust tyranny, whether it comes from the private sector or intelligence agencies, who are controlling private data they have no right to access. As these scandals continue to unfold, who can trust Facebook to maintain the most centralized data collection known to man? Until the rights of internet users are set in stone, once something is online, it’s no longer under our control.