Though you may have heard of the faux-scandals surrounding Netflix’s odd depiction of notorious serial killer Ted Bundy, you’re likely less familiar with the federal rebates and loopholes Netflix takes advantage of to avoid paying their taxes. Thankfully, The Institute on Taxation and Economic Policy (ITEP), a non-partisan tax policy think-tank who investigated Netflix’s recent corporate tax filings, has been paying attention.

“After a year of speculation and spin,” wrote ITEP senior fellow and tax expert Mathew Gardner, “the public is getting its first hard look at how corporate tax law changes under the Tax Cuts and Jobs Act affected the tax-paying habits of corporations. The law sharply reduced the federal corporate rate, expanded some tax breaks and curtailed others. The new tax law took effect at the beginning of 2018, which means that companies are just now closing the books on their first full year under the new rules.”

According to the documents the company’s profits exceeded $845 million, while rebates included $22 million from the federal government and $10 million from state governments. The story is being disputed by Netflix who claim they’ve been misreported and that they’ve paid an exorbitant amount of taxes globally, explaining their need for tax relief on a domestic front. “We do not disclose the U.S.-specific figure we paid,” said Netflix spokesperson Sarah Jones. “The amount of cash taxes we pay, which we disclose as $131 million (total), is not the same as the provision for taxes [money the company forecasts it will spend on taxes].”

The figure cited is accurate, though doesn’t tell the whole story. “It is true that Netflix’s cash payment of worldwide income taxes in 2018 was $131M,” Gardner told The Daily Mail this week. “But that is a worldwide number — [not specifying] the amount Netflix actually paid to national, state and local governments worldwide in 2018. This tells us precisely nothing about the amount Netflix paid to any specific government, including the U.S.” 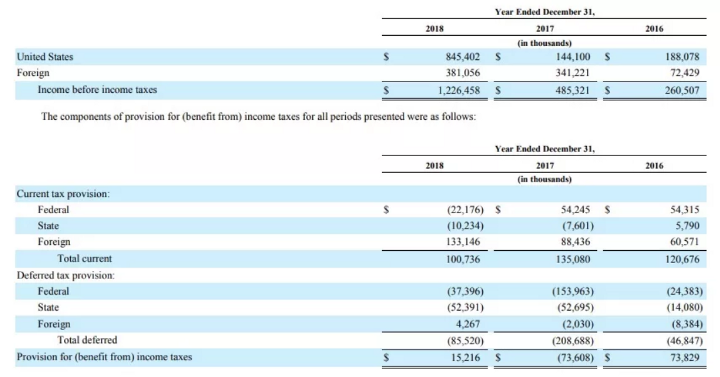 “It’s pretty clear there’s a consistent story being told here,” Gardner continued to elaborate. “In all likelihood, every last dime of that $131 million has to do with foreign income and foreign taxes. We don’t know for sure but it sure looks that way based on current and cash income taxes.” Another ITEP study found that between 2008 and 2015 Netflix also did not to pay U.S. income taxes despite their lavish profits across the globe. As we see the company at record high growth, laws new and old don’t seem to be catching up with the market’s tax avoidance.

After months of market speculation, Americans are finally beginning to see the concrete effects of the Tax Cuts and Jobs Act, the law overwhelmingly passed by 2017’s Republican-controlled Congress which dropped the corporate tax rate from 35% to 21% — the policy that was touted as a victory by the so-called anti-establishment President Donald Trump. While Reuters reports the average rebate for American citizens is as low as $1,865, there is a reasonable question to be asked: how did Netflix avoid the taxman?

It wasn’t the company that randomly decided to be financially transparent. Instead, it was ITEP and news outlets who began searching through the company’s publicly available 10-K report, which is described as “an annual financial disclosure required by the U.S. Securities and Exchange Commission,” which allows us to deduce the loopholes corporations use to avoid paying their market bounties. While the details remain unknown, which is expected of a private corporation keeping details close to the chest, experts say evidence points to the abuse of the tax credit system enabled by decades of political misfires.

Gardner explains this case is an example of perpetual policy failures, crediting varying Congresses and administrations with an inability to close the loopholes that result in this avoidance. He explains foreign earnings are left untouched by the illusion of unjust “double taxation.” This is a flimsy excuse used by corporations and their executives who want to ignore how various incomes are already taxed multiple times. The small-business boss doesn’t avoid taxes just because of payments made to his workers. The worker doesn’t avoid taxes despite the contributions of their bosses. Why should a domestic corporation — the biggest in the world of its kind, mind you — avoid taxes domestically for their lavish earnings abroad?

The new law allows this same behavior to continue, just with a lower tax rate suggested on paper. “It’s not a matter of creating a problem,” Gardner concludes, “it’s more accurate to say Congress and the Trump administration utterly failed to fix an existing problem and this is evidence of that. It’s not like there’s some gigantic, new gaping hole in our tax system that Netflix is taking advantage of. It’s just that we didn’t get rid of the bad stuff they were taking advantage of before. With a record number of subscribers, the company’s profit last year equaled its haul in the previous four years put together. When hugely profitable corporations avoid tax, that means smaller businesses and working families must make up the difference.”