When it comes to the internet’s most powerful encyclopedia, companies only need to give enough money to the right editors to secure some “damage control.” In a new report published by The Huffington Post, private institutions such as Facebook, NBC and Axios have allegedly bribed the site’s contributors to remove negative sections of their own pages while highlighting their positive history.

According to the extensive report from journalist Ashley Feinberg, these controversial corporate entities can manipulate the information sphere via the greed of a single man. That man is apparently Edward Sussman, the lawyer turned part-time journalist who confirmed being paid by the corporate giants to fine-tune their records to meet their desired PR wishes — as if there wasn’t a reason to hate lawyers enough already.

“Most of Sussman’s changes were approved,” Feinberg writes. “The vast majority of the people who propose and make changes to Wikipedia are volunteers. A few people, however, have figured out how to manipulate Wikipedia’s supposedly neutral system to turn a profit. That’s Sussman’s business. And in just the past few years, companies including Axios, NBC, Nextdoor and Facebook’s PR firm have all paid him to manipulate public perception using a tool most people would never think to check.”

“Sussman’s main strategy for convincing editors to make the changes his clients want is to cite as many tangentially related rules as possible,” she continued. “He is, after all, a lawyer. When that doesn’t work, though, his refusal to ever back down usually will. He often replies to nearly every single bit of pushback with walls of text arguing his case. Trying to get through even a fraction of it is exhausting, and because Wikipedia editors are unpaid, there’s little motivation to continue dealing with Sussman’s arguments. So he usually gets his way.”

Sussman’s method of spam and annoyance helped clean the record of these propagandized subjects, such as Jonathan Swan, the Axios reporter who once bragged about getting President Trump to consider ending birthright citizenship, which has since been “downplayed.” An Axios spokesman confirmed their business relationship with Sussman, declaring that “Axios hired him to correct factual inaccuracies. Pretty sure lots of people do this.” While this may be true, the story isn’t a plausible case of fake news as the man can be seen laughing along with the president’s anti-immigrant policy proposals in his own interview. Readers should judge this content for themselves, of course, rather than being led astray thanks to some bad faith edits by a biased gatekeeper.

“According to the invite,” Feinberg continues, “Todd and his wife had hosted a dinner for Hillary Clinton’s then-communications director, Jennifer Palmieri, and her husband. Sussman asked that editors remove any mention of the report from Todd’s page because Wikipedia had previously (and correctly) determined the Daily Caller to be an unreliable source and, according to Sussman, ‘it is not sourced elsewhere.’ This, however, is untrue. The invitation was reported in both the Observer and The Florida Times-Union (removed), in addition to the invitation’s appearance on WikiLeaks itself.” 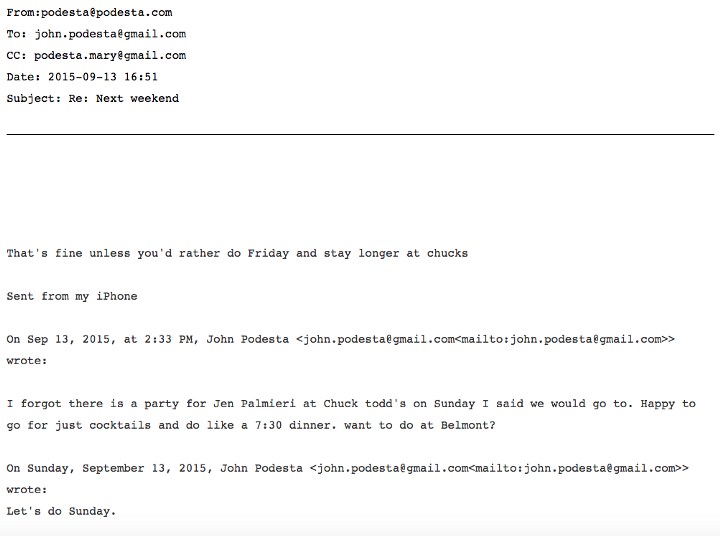 Despite this, NBC and Sussman ensured the edits were approved.

Lastly, Facebook’s PR team reportedly demanded a Wikipedia page be made for Caryn Marooney, the company’s global head of PR, which Wikipedia originally deemed unjustified due to her “lack of notability” within the public discourse. Simply, while almost anybody can edit Wikipedia, not everyone can be showcased on Wikipedia without due cause. The report also mentions undisclosed changes were made to the record of Sheryl Sandberg, the site’s controversial COO, who remains as elusive as ever. Facebook has seemingly ignored their chance to comment, which speaks louder than any prepared damage control statement ever could.

“[Due to] Sussman’s conflicts of interest as a paid consultant,” Feinberg explains, “Wikipedia’s rules forbid him from making edits to one of his client’s Wikipedia pages directly. The only way Sussman can make good on his promise to his clients, then, is by enlisting sympathetic editors” who can do the dirty work for him while maintaining plausible deniability. “Editors who side with him are usually burdened with more requests down the line.”

“Although Wikipedia doesn’t technically forbid reaching out to others to ask for their insight,” she concludes, “it does forbid petitioning editors to weigh in ‘with the intention of influencing the outcome of a discussion in a particular way.’ Editors will periodically catch on to Sussman’s activities and admonish him on his Talk page, [though] calling attention to Sussman’s lobbying of other editors rarely stay up for more than a week. According to his Talk page history, Sussman deletes criticism frequently and any record of it in his user logs often gets buried by his prolific posting and editing.”

Wikipedia, despite all this intellectual dishonesty, is routinely promoted by Google and their subsidiary YouTube as a credible source of information. Last week, TrigTent reported on the popular video-sharing platform beginning to roll-out their own fact-checking program where users are directly linked to Wikipedia articles as some form of gotcha counter-research. Though it remains in testing throughout India, where 250 million users are exposed to content warnings of “Hoax Alert!” and all-caps “FAKE,” it’s expected to expand to the west sometime in the near future.

This demonstrates the fundamental issues with information being handled by tech’s aristocracy. Wikipedia’s actions only reinforce the idea our informative institutions have failed us — which isn’t untrue in the slightest.