There was a truly disturbing report published last week in The Seattle Times, written by the journalist Danny Westneat, who uncovered outstanding details on how the city and state governments are trying to court Amazon as the location of their new headquarters, the 50,000-employee hub known as HQ2. 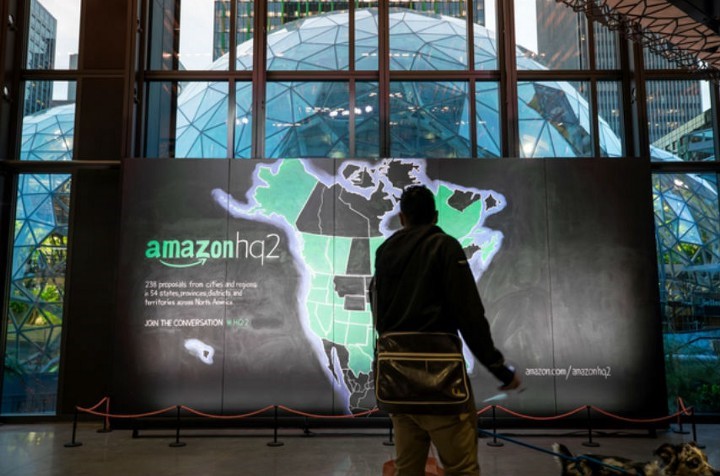 In his report, Westneat scoured through 30 publicly available government proposals, of the original 238 offers Amazon announced, outlining specific incentives governments are willing to give to make their locations home to the tech giant.

Where most of the HQ2 bids are to be expected, such as Chula Vista, California, offering Amazon 85 acres of land (valued at over $100 million), without any charge whatsoever, all the while excusing all property taxes on HQ2 for 30 years (Westneat estimates this to be $300 million), others border on the fascist (and somehow legal) blend between corporate and government.

His first discovery was in Chicago, Illinois. Also uncovered and published in The Chicago Reader, their offer allows Amazon to pocket over $1.32 billion in income taxes, legally, which would be paid out by their own workers.

Westneat found this under the Orwellian name of a “personal income-tax diversion,” a disturbing method where workers will be expected to pay their taxes, in full, with no government compensation for doing this, and rather than their civic money being transferred into public programs or infrastructure, Amazon would just get to keep it for themselves.

Essentially sticking their workers with a tax fee just to work for them, with the government’s say of approval and no oversight over this public money.

This is the same observation reported by Good Jobs First, an anti-corporate subsidy think tank, who said: “The result is that workers are, in effect, paying taxes to their boss.”

Westneat’s second revelation came from Boston, Massachusetts, who offered to bring to life the Anarcho-Capitalist meme of “Coca-Cola Death Squads.”

They wish to set up an “Amazon Task Force,” comprised of public officials, who one can assume will be paid with (both) private and public money, working on the company’s behalf in workforce coordination, affordable housing for all Amazon employees based on income, and community-relations officials who are expected to handle Amazon related issues through the city.

The third, and possibly most disturbing, comes from Fresno, California. Home to half a million residents, Westneat discovered they wouldn't be getting corporate tax breaks, where the money obviously just goes back in their pockets. No, instead, the deal does this in a cryptic way, offering to give Amazon “special authority” over how the company’s taxes will be spent.

How does this work and still remain legal? Well, Fresno officials will collect about 85 percent of all taxes, fees, and payments generated by the Amazon company, which will find its way into a special fund. Who has influence over this special fund? Your elected officials who you put there, through your ability to vote, who are to use this money for public service? Yes… and no.

The money would be overseen by a board, half comprised of city officials and Amazon executives, who will discuss where the money will be invested. This gives the trans-national company more influence on where their American tax dollars go than any immigrant or American citizen.

The proposal includes a truly disturbing photo, presented in a black and white filter, showing a park sign with the motto: “This park brought to you by Amazon and The City of Fresno,” paired with their smiling corporate logo: 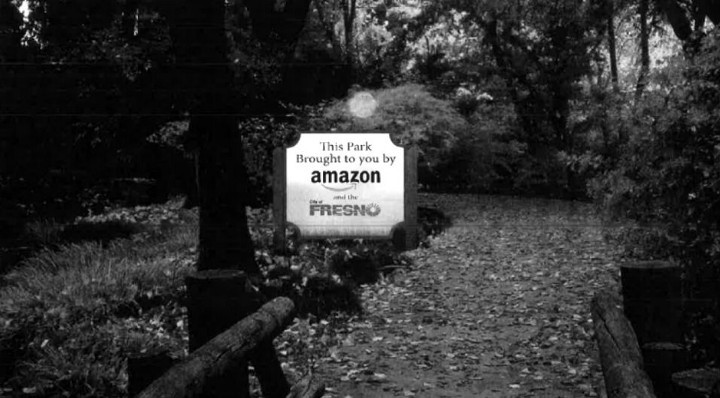 They would even give Amazon bragging rights for where their money goes:

And they seem completely fine with this. Speaking to The Los Angeles Times, Fresno’s economic-development director Larry Westerlund didn’t seem to endorse government using this money for public ventures: 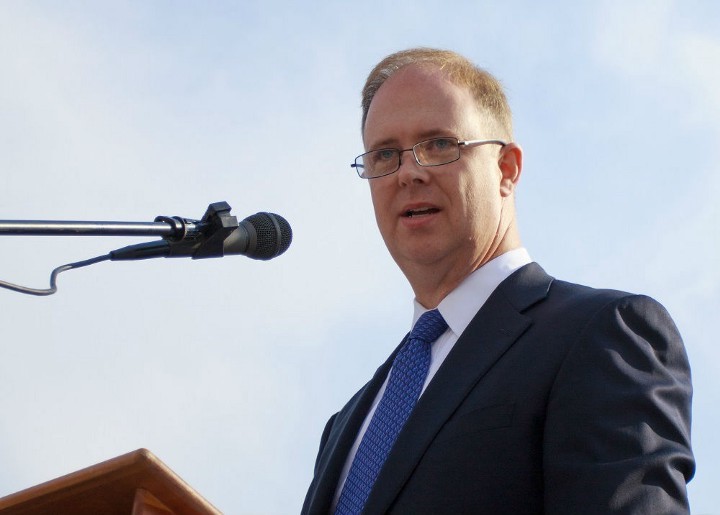 “Rather than the money disappearing into a civic black hole,” he said, “Amazon would have a say on where it will go. Not for the fire department on the fringe of town, but to enhance their own investment in Fresno.”

This a government official, with control over public money, bragging that money won’t be going to fire departments, police or programs. Linking those services, or as Westneat puts it, “democracy” as a whole, to a civic black whole, where the real service they provide is monetary control to a welfare queen company who have a seat at the table.

If there’s ever been a face for this kind of government service, it looks like this: 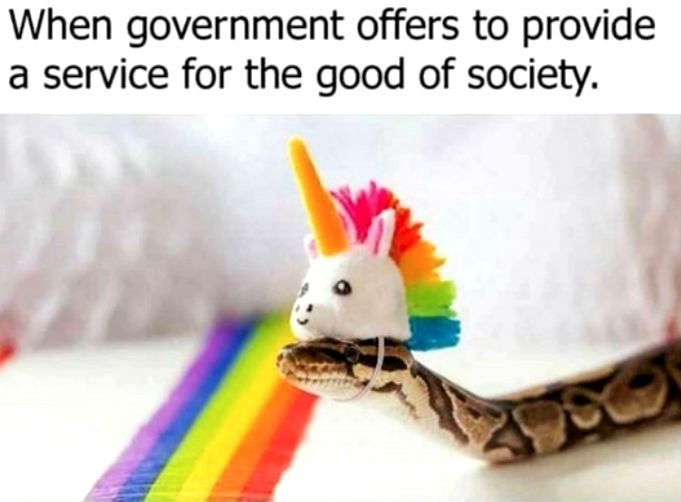