“Governments will use whatever technology is available to combat their primary enemy — their own population.”  — Noam Chomsky

The Communist Party of China, if we’re to put it mildly, are the living nightmare envisioned in George Orwell’s dystopian novel “1984”. The role of Big Brother, however, the icon of totalitarianism, takes the form of President Xi Jinping, the unopposed dictator of the party who rules with the iron fist of censorship, surveillance, global intimidation and rigged power structures that make the superpower state stranger than fiction.

A report from The New York Times show my opinion is shared by current White House press secretary Sarah Huckabee Sanders, the president’s fiery right-hand-woman decrying China’s “Orwellian nonsense” in response to demands that United Airlines, American Airlines, and other U.S. based carriers refer to Taiwan, Hong Kong, and Macau as part of China in private advertising — a display of foreign power infringing U.S. property rights.

“This is Orwellian nonsense and part of a growing trend by the Chinese Communist Party to impose its political views on American citizens and private companies,” Sanders wrote in a statement. “President Donald J. Trump ran against political correctness in the United States. He will stand up for Americans resisting efforts by the Chinese Communist Party to impose Chinese political correctness on American companies and citizens.”

Such opposition to totalitarianism, even from the constitutionally contentious Trump administration, should put American citizens at ease where the Chinese populace cannot. While Trumpism may reign for just a term or two, it’s no surprise the communist party decided to go the way of Chairman Mao in the complete abolishment of term limits. Not since the communist revolutionary’s death has one man had the power of life-long rule over China, leaving little hope for those seeking the political liberalization of the country antithetical to the Jinping agenda.

Instead, citizens must live under the all-seeing, all-powerful regime, known for the censorship of innocent cartoons like Peppa Pig and Winnie The Pooh, Orwell’s political novel “Animal Farm,” which exposes the horrors of revolutions turned authoritarian, and their brief ban of the letter “n,” featured twice in the dictator’s name, which leaves no room for personal freedom outside one’s own mind.

China believes those minds belong to the party, according to a new report from Inquisitr.com revealing that brain surveillance technology is being implemented on a massive scale across government-tied Chinese businesses and military sectors.

Much like Orwell’s concept of the “Thought Police,” these employees reportedly have their brain waves monitored by factories, public transportation, state-owned enterprises and military personnel through common workplace gear like construction hats. 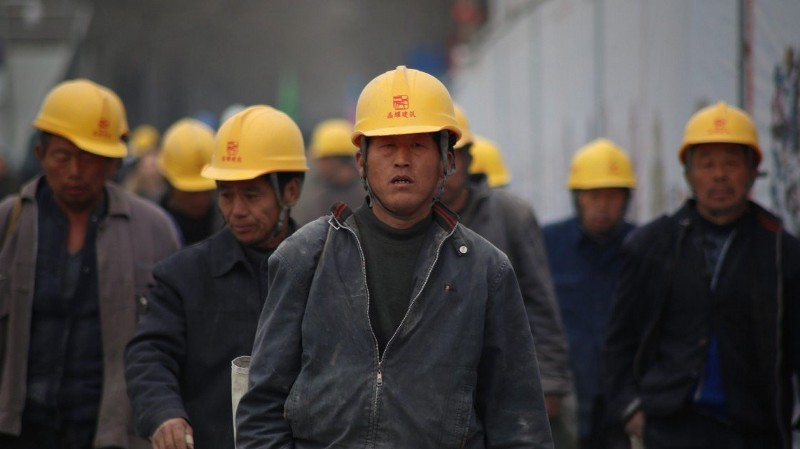 Working with artificial intelligence, employers are given unwarranted surveillance over the internal emotions of staff, searching for signs of anxiety, stress, and rage which could influence profit and the country’s economic flow.

According to Cheng Jingzhou, an official for the Chinese company State Grid Zhejiang Electric Power, responsible for overseeing this emotional surveillance programme, he told The South China Morning Post “there is no doubt as to the effect” this surveillance played in boosting company profits by 2 billion yuan, around $315 million in USD. The official then claimed the company, which employs over 40,000 workers, has been unethically surveilling workers’ emotions as far back as 2014.

Jingzhou, of course, refused to give The Post further details when pressed.

A report from MIT Technology Review questions the reliable effectiveness of these over-the-skin EEG sensors, particularly during working conditions that could leave results wanting, but just the attempt to force workers to wear mind-reading devices for unwarranted oversight is incredibly troubling.

It’s not completely outside what entities in the west have tried, granted. Wired reported on how BetterWorks, a start-up company, tried to construct smartphone apps and smartwatches that track productivity for employer oversight, while Newsweek reported on the Amazon scandal where warehouse employees were denied bathroom breaks to meet strict schedule demands — reportedly forced to pee in bottles because smart wristbands tracked employees locations, speed and the handling of items.

This is incomparable to the state of China, wielding authority over a leashed citizenry forcibly cross-examined like criminals. There, exploitations are considered the norm — just another addition to the government’s facial recognition programs, the 600 million CCTV cameras set to be fully operational by the year 2020 and “speech crime” laws that have dozens of Chinese journalists critical of the party currently behind bars.

The party even tracks citizens’ trustworthiness through “credit scores,” the mandatory social network that rewards and penalizes citizens based on how loyal their actions prove to the party — meaning it’s social, political and economic suicide to dissent.

One thing is for sure - these emotional surveillance devices are just the latest affront to personal liberty, not the last.